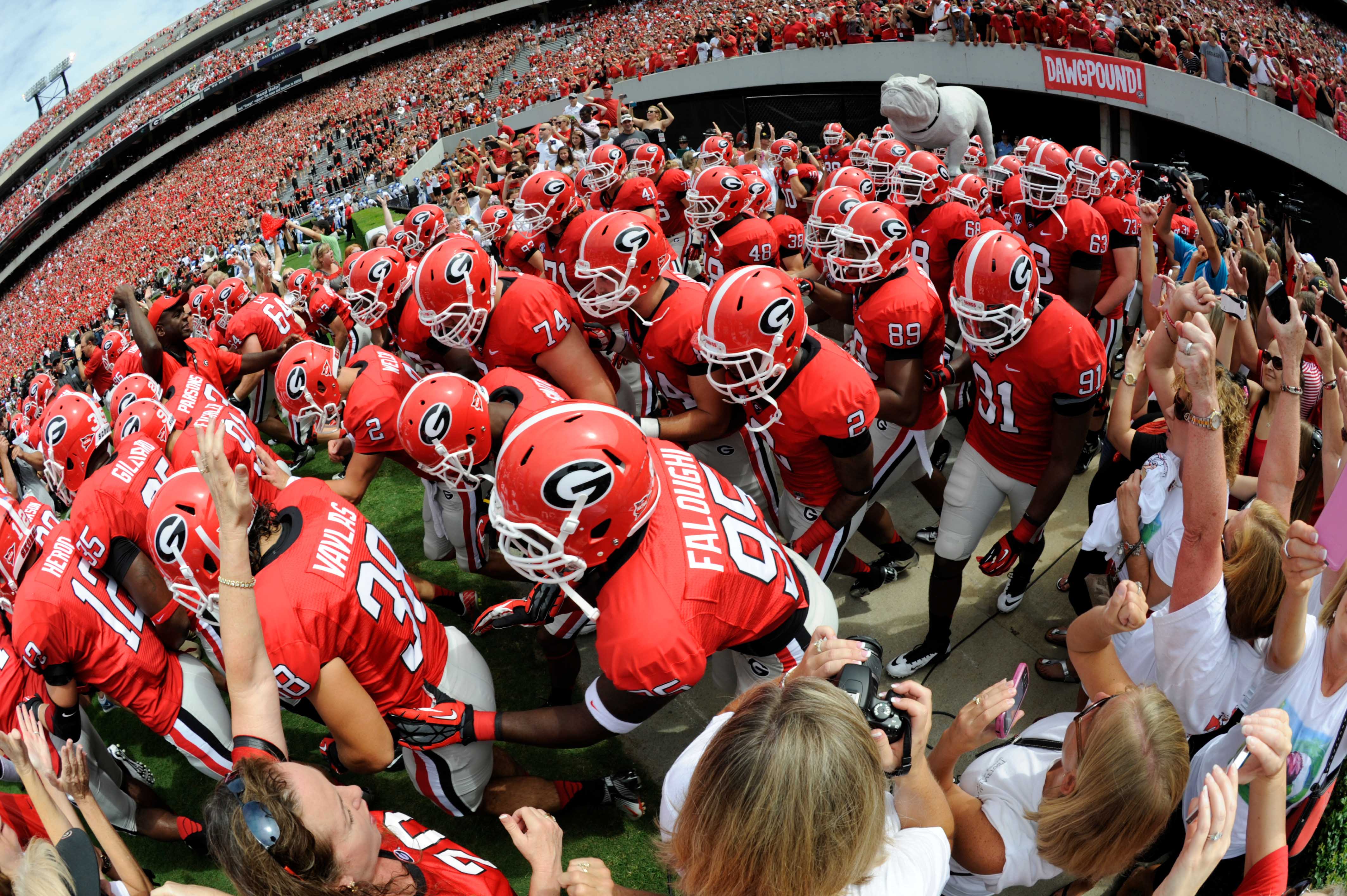 NCAA Football Betting News
The division that saw the biggest shake up this past weekend was the SEC East. Georgia looked to be in complete control, they were a football betting favorite, but a stumble against the Florida Gators left the door wide open for Missouri to take the lead. The Bulldogs still have a win against Mizzou in their pocket if it comes down to that tie-breaker, but they are going to have to win out of they want a spot in the SEC Championship game.
Date/Time: Saturday, November 8, 12:00 PM
Location: Commonwealth Stadium, Lexington, KentuckyBroadcast on ESPN
The funny thing going into the game against the Gators last weekend was that many people had changed their perception of Georgia in the 2 weeks previous. They looked to have rallied together with the loss of Todd Gurley through suspension, and they finally looked like a team that was ready to make a push for the playoffs. That all came crashing down in Jacksonville, though, with a sub-par performance against Florida that no-one saw coming. It was a performance that likely took away any chance of a playoff spot, whilst also saving the job of Will Muschamp for one more week.

Todd Gurley Suspended by ogredawg – Good read but BS IMHO. #3 should do what is best for #3 and only HE can decide… http://t.co/cGngAoc4YJ— Georgia Bulldogs (@georgiabulldogs) November 4, 2014

The last three games that Kentucky have played have been against teams that no-one would really want to face, never mind three weeks in the trot. They had to face LSU, Mississippi State, and Missouri, and walked away with an 0-3 record for their efforts. Their inability to stop the run in all three of those games is what ultimately led to their demise, as they gave up over 300 yards on the ground in 2 of those 3 match-ups.BETTING ODDSThe general feeling is that Georgia should still be altogether too much for Kentucky, despite coming off of one of their toughest losses in recent memory. The bookies have installed them as 10-point road favorites for this one. The Dawgs are 4-4 ATS this season, while Kentucky is 6-3, which includes being 3-2 as an underdog.Game Odds:GEORGIA: -10-110KENTUCKY: +10-110These two have met twice over the past three seasons, with the Bulldogs coming out on top on both occasions. They have split those games ATS, although Kentucky did cover in the one game that was played on their home turf. The question here is how badly the loss from last week will affect Georgia coming into this one. They have to avoid looking ahead to Auburn, and the return of Todd Gurley, next week, and just get the job done here. I think that is something they can definitely do, especially if they can get the run game going through Nick Chubb. I like Georgia -10.
Older post
Newer post