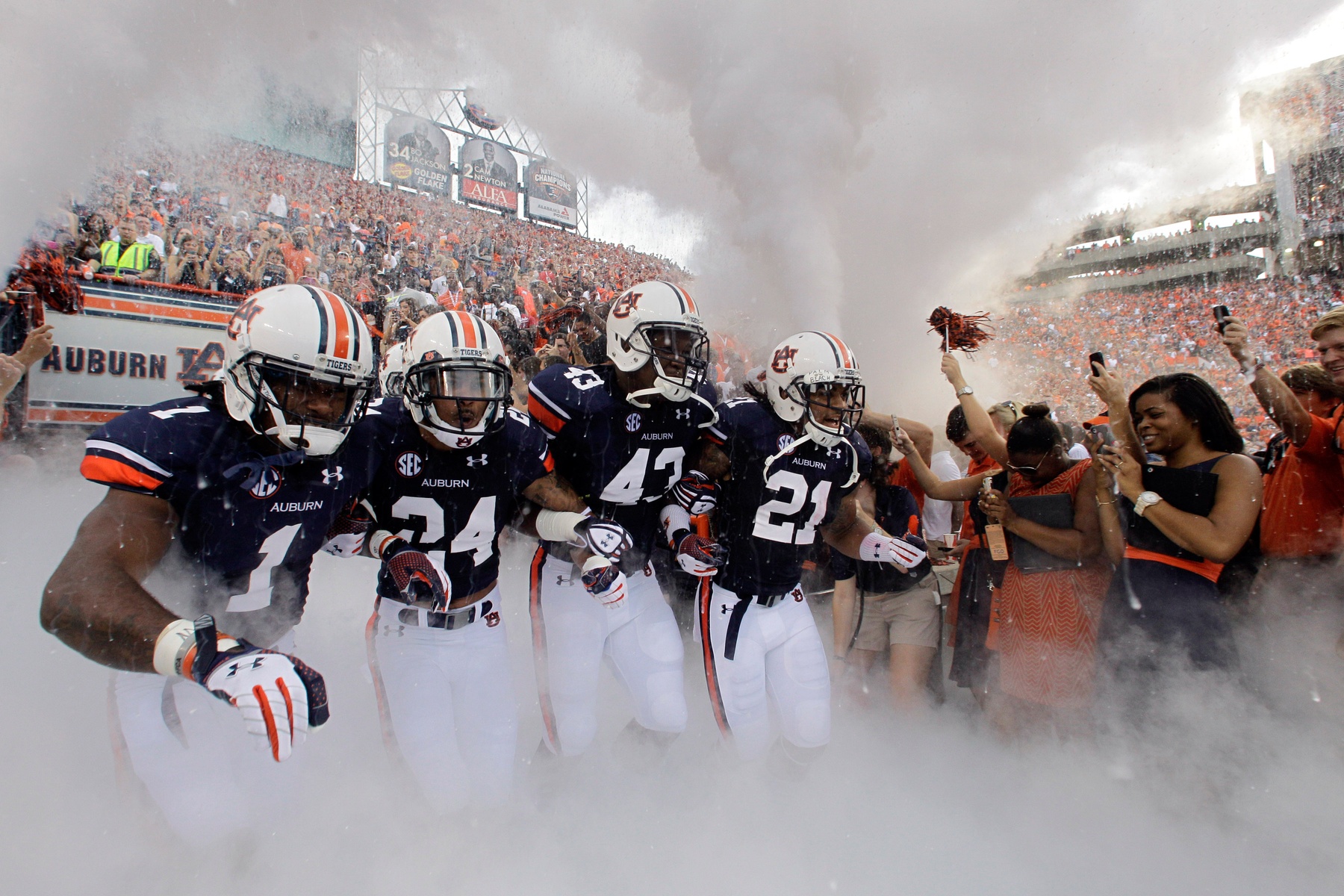 NCAA Football Betting News
Auburn started the season as one of the favorites to appear in the inaugural college football playoff. No-one really expected much from Texas A&M, especially since Johnny Football had entered the draft and taken his talents to Cleveland. Auburn has lived up to expectations, while the Aggies surprised at the start, only to see their season crumble and fall apart. With the win over Ole Miss on Week 10, Auburn heads to this game as an overwhelming favorite to beat Texas A&M and the double digit college point spread is a hint of that.
Date/Time: Saturday, November 8, 3:30 PM
Location: Jordan-Hare Stadium, Auburn, AlabamaBroadcast on CBS
The rot started to set in for A&M when they were well and truly humbled by Mississippi State. That loss as followed by equally devastating defeats at the hands of Ole Miss and Alabama, with the Crimson Tide laying on a total beating in a 59-0 rout. To further compound the problems, Aggies QB Kenny Hill as suspended for 2 games prior to last week’s match up against ULL-Monroe. That they struggled to walk away from that one with a win is a sure sign of just how far they have fallen.

Kyle has gradually increased his play since he got here in the spring, he’s probably his harshest critic –@jakespavital #12thMan #TAMUvsAUB— Texas A&M Football (@AggieFootball) November 4, 2014

Auburn saw their season take a little hit when they lost to #1 ranked Mississippi State, but they have rebounded from that quite nicely with signature wins over South Carolina and Ole Miss, although they had to fight tooth and nail to get the W in each of those games. They actually came within a couple of yards of losing to Ole Miss last week, and they likely would have had it not been for a last second TD by Ole Miss being overturned after the review. Still, confidence has to be riding high after knocking off both of those tough opponents.

It’s not really that surprising that Auburn has been installed as a 21.5-point favorite heading into this one, especially given the recent fortunes of both teams. True freshman QB Kyle Allen will once again be behind center for the Aggies, and while he showed moments of promise last week, he looks to be in way over his head with this one.Game Odds:TEXAS A&M: +21½-110AUBURN: -21½-110Auburn is a mediocre 4-4 ATS this season, while A&M are even worse at just 3-6, and have failed to cover in their last 5 outings. They are also just 1-4 ATS against conference opponents, and it looks as though the odds are stacked heavily against them this week. A 21.5-point spread in this match-up would have looked ridiculous just a few short weeks ago, but now it actually seems quite fair. I just don’t see how the Aggies are going to be able to move the ball or get any points on the board here, which is why I like Auburn, even with that big spread.
Older post
Newer post