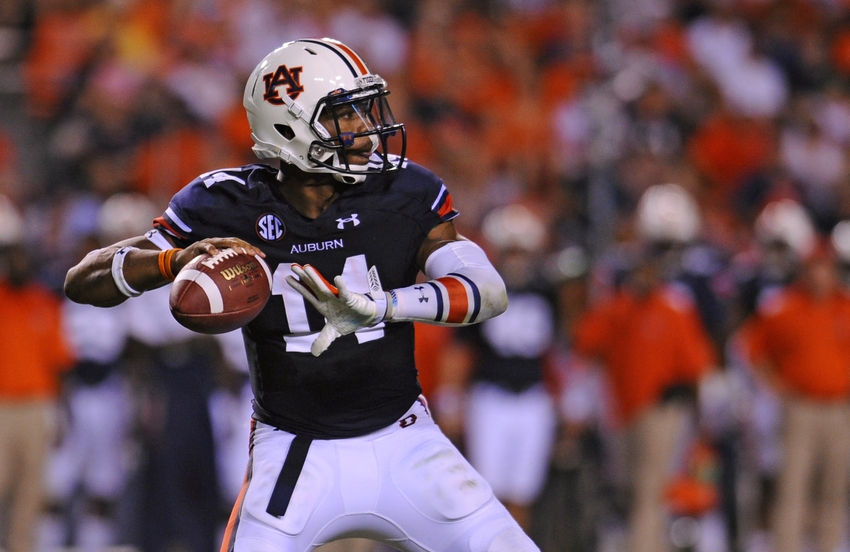 NCAA Football Betting News
This is the time of year when teams either rise or fall in the college football rankings, and there are few teams that have dropped harder or faster than Auburn. They have gone from being ranked #3 and share the spot with the big players to becoming something of an afterthought in the eyes of many. They are now basically playing out the season in hopes of restoring a little bit of pride, and this weekend they face the Samford Bulldogs in a game that looks like a complete misery for college football betting fans.
Date/Time: Saturday, November 22, 7:00 PM
Location: Jordan-Hare Stadium, Auburn, Alabama
Auburn are not likely to impress anyone this coming weekend, as they have what basically amounts to an exhibition game against Samford. These types of games can help restore a bit of confidence in a team that may well be lacking it, which is what Auburn is likely feeling after being totally dominated by the Georgia Bulldogs last weekend. The one thing that they cannot do here is look ahead to next week’s Iron Bowl match-up against in state rival Alabama. I’m sure Auburn will have their hearts set on destroying the season of their biggest rivals, but they still have some business to take care of beforehand.

Samford have put together a very nice 7-3 record on the season, although the last time they faced an FBS opponent, they were summarily dismantled by TCU. That game aside, Samford are a team that have a very nicely balanced offense, as well as a defense that has the ability to frustrate and play takeaway. They are not really likely to spring any type of major upset here, but they certainly have the ability to make the home team work hard for the win.BETTING ODDSAs is the case with many of these mis-match type games, this one is likely to be off the board. The Auburn Tigers have been pretty poor ATS this season going just 2-6. If you can find a place to get your bet on for this one, look for Auburn to post a win in the 35-40 point range.
Older post
Newer post