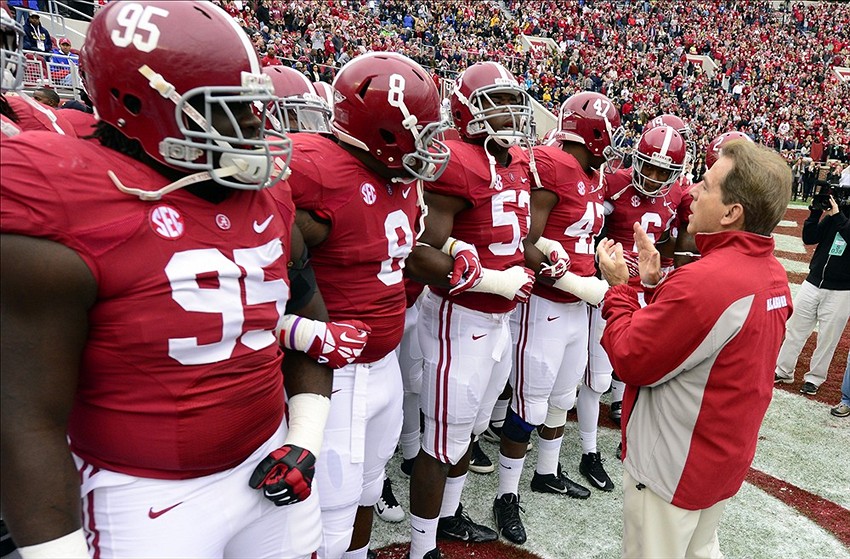 NCAA Football Betting News
The upcoming weekend in college football is often one that is viewed as the calm before the storm. Week 13 is traditionally when the powerhouse programs take on lesser opponents before they head into the big rivalry games of the following week. It’s not necessarily a great week of action for fans of college football betting, and is even more upsetting for those that like to wager. Many of the games remain off the board, but it’s still fun to make predictions on what might happen in these match-ups.Date/Time: Saturday, November 22, 4:00 PMLocation: Bryant-Denny Stadium, Tuscaloosa, AlabamaThere has been no hotter team in college football than  the Alabama Crimson Tide, and they have been rewarded with the #1 spot by the playoff committee. They are coming off one of the biggest wins in recent years, knocking off the top ranked Mississippi State Bulldogs in a game that was a lot more comfortable than many might have expected. Things are sure to be even more comfortable this week when the Crimson Tide welcome in the Western Carolina Catamounts. A blowout is virtually guaranteed, as is the appearance of many of the second-stringers after the lead has been built.These types of games are big money makers for the lesser schools like Western Carolina, as well as an opportunity to give their athletes a little taste of the big time. All of this aside, the Catamounts have compiled a pretty nice season, coming into this one with a 7-4 record, which includes a 5-2record in conference play. They are coming off a nice win last weekend, helping them bring a brief 2-game losing skid to an end in the process. There is absolutely no chance that they will extend that win streak this weekend.

BETTING ODDSThis is another game that is likely to be off the board in a number of outlets, but that doesn’t mean we can’t take a little shot at predicting the outcome. It goes without saying that Alabama will win this one, but the question becomes by how. Expect them to score early and often, but also expect that to slow down a little once all the back-ups start coming in. That said, the Crimson Tide will still likely win by a margin that exceeds 40 points.
Older post
Newer post