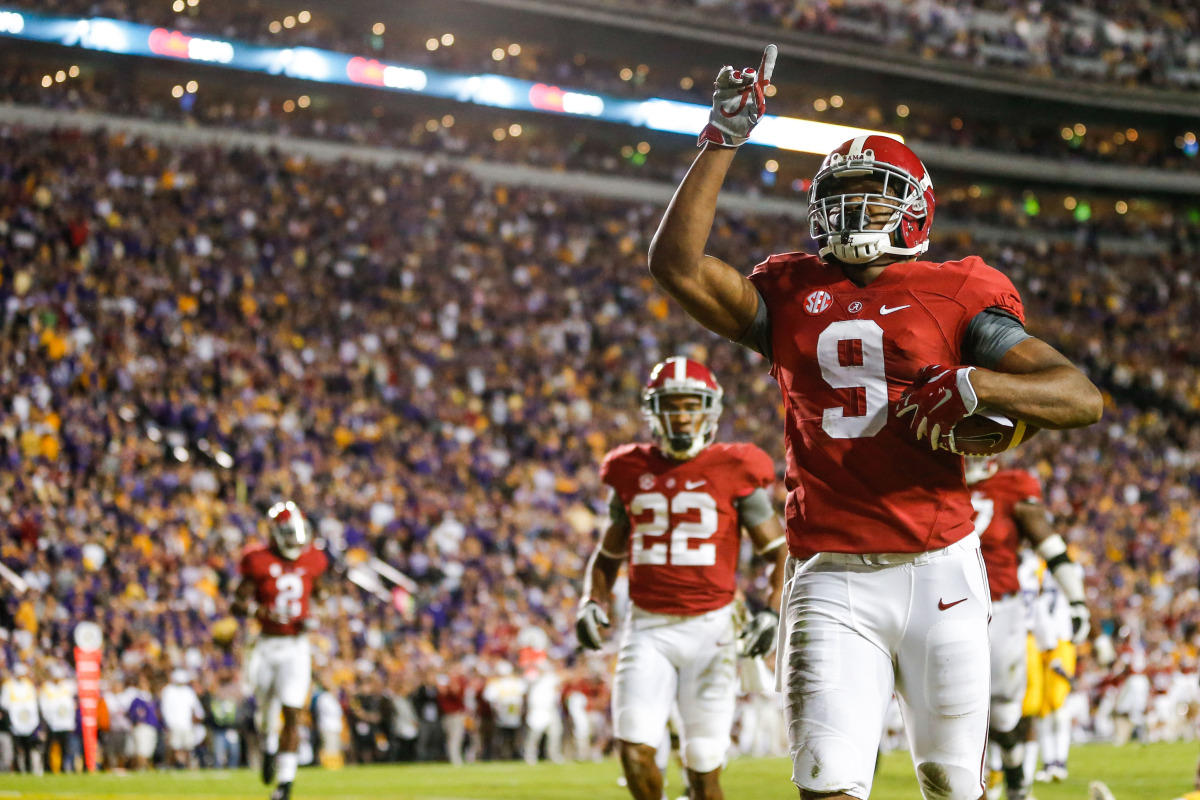 NCAA Football Betting News
There are times when a team looks as though they are simply destined to win it all, which was very much the case with Auburn last year. They stole a win against Georgia courtesy of an improbable TD catch, and then followed that up by beating Alabama in the Iron Bowl with a kick return in the final seconds. That cost the Crimson Tide a trip to the National Championship, and you can bet that the loss is still fresh in their minds heading into this season’s match-up. Alabama Opens as Fooball Betting Favorite to Beat Auburn in Iron Bowl, What should you expect for this years’ classic battle?

Date/Time: Saturday, November 28th, 7:45 PM
Location: Bryant-Denny Stadium, Tuscaloosa, Alabama
Alabama are once again the team to beat, as they have reeled off 6 straight wins after losing to Ole Miss back in early October. This is a team that seems to find a bunch of different ways to win. Sometimes they will blow you out, as they did with Texas A&M, while other times they will peg you back late and break your heart, like they did with LSU. Simply put, this is a team that finds a way to win at all costs, which is usually the sign of a champion in the making.Many people looked at the way Auburn won so many close games last year and considered them to be somewhat lucky to make it all the way to the National Championship game, which they eventually lost. It looked for a while as though they were going to prove all those naysayers wrong, but back to back losses to the Aggies and the Georgia Bulldogs saw then fall to 3 losses, which means no chance of getting anything other than a Bowl Game during the holiday season. They will be up for this one, though, and they would love nothing more than a repeat of what they did to their bitter rivals last year.BETTING ODDSThe Crimson Tide have been made 9-point home favorites for this one, although they have been less than convincing ATS this season. They are just 3-7 ATS and just 2-3 at home. They are also only 3-4 ATS when playing conference foes. Auburn haven’t really been much better in regards the spread, as they are only 4-7, with a 1-3 ATS record on the road. The last time Alabama played hosts to Auburn they were able to win and cover.Game OddsAUBURN: +9-110, OV 53 ½ -110, ML +290ALABAMA: -9-110 , UN 53 ½ -110, ML -340Alabama have too much riding on this game to let it slip away. I can see Auburn keeping it close early on, but I like Bama to pull away in the second half en route to a double digit win.
Older post
Newer post