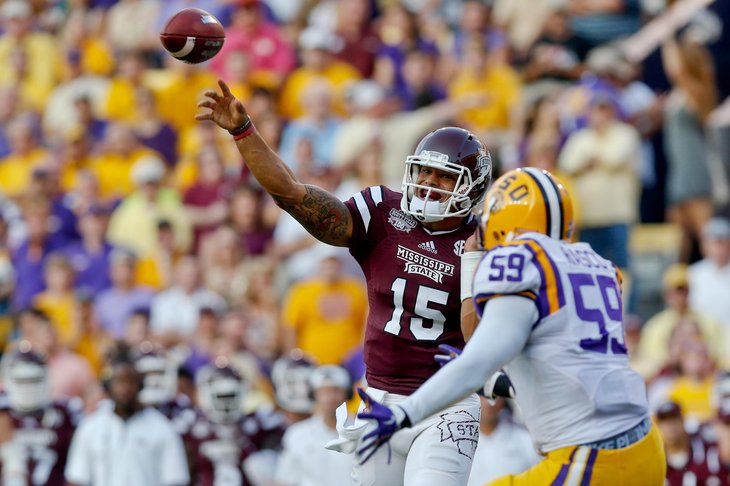 NCAA Football Betting News
It’s impossible to get through any week of the NCAA betting season without a few teams rising up the college football rankings at the expense of others. Unlike the previous weeks, Week 4 didn’t seem to offer much in the way of potential upsets, with only two games featuring a match-up between ranked teams. That said, failing to deliver a big win against lesser opponents can hurt, which is what happened to a few teams this week. Oklahoma, Oregon, and Florida State each won conference games by a closer margin than they were expecting, while LSU suffered the most notable loss of the week, falling to the Mississippi State bulldogs 29-34 Week 5 kicks off this Thursday with a game featuring the Texas Tech Raiders and the No.24 ranked Oklahoma State Cowboys, so let’s take a look at the winners and losers from week 4 and review some valuable info heading to another round of betting action:

It may have taken overtime to get the job done, but the fact that Florida State (#1) were able to knock off #22 Clemson without having suspended QB Jameis Winston at the helm. This should be more than enough to keep Florida Stat in top spot when the new rankings are released. The ACC may not be the most glamorous conference in college ball, but you still have to give some credit to Georgia Tech, as they went into hostile territory and knocked of Virginia Tech in a come from behind win. That gives Georgia Tech an unbeaten 4-0 record this season. BYU maintained their unbeaten record courtesy of a second half rally against Virginia. BYU came in ranked #21, but with a few teams above them stumbling, they may make a nice little jump in this week’s rankings. If any team needed a statement game, it was Georgia, who were coming off a heartbreaking loss to SEC East rival South Carolina. They deliver in emphatic fashion against Troy, winning 66-0, with much of the game played with their 2nd and 3rd string guys. This is a much needed shot in the arm ahead of next week’s clash with Tennessee. Our last mention is the Mississippi State Bulldogs, who are from our perspective the top winners of Week 4. The Bulldogs (4-0, 1-0 SEC) beat LSU (3-1, 0-1) for the first time since 1999, and achieved their first victory at Tiger Stadium since 1991.