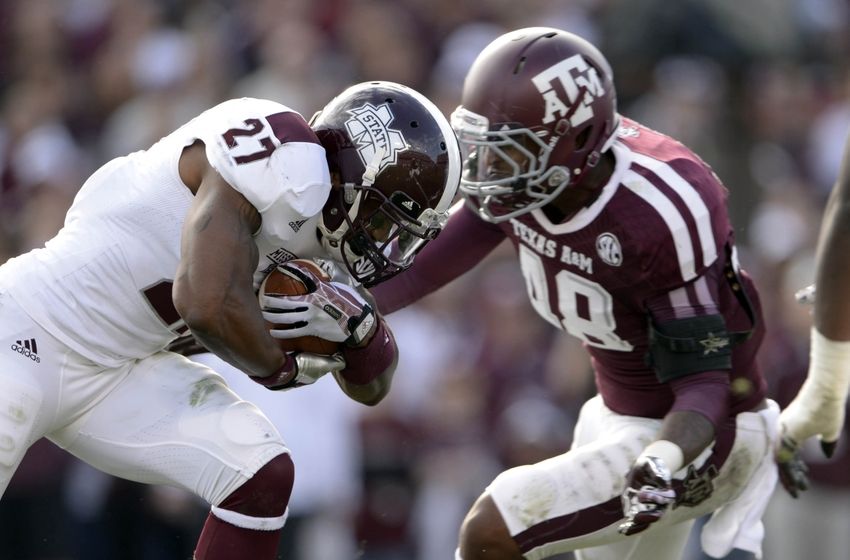 NCAA Football Betting News
Thanks to a 34-29 win over the LSU Tigers in Week 4, the No.12 Mississippi State Bulldogs are now part of the elite top 25 rankings. But with a game scheduled on Saturday, Oct. 4, against the No. 6 Texas A&M Aggies, things could change for the worse—or better, depending on how they rally out for the matchup. There’s no clear favorite to win this game, the Bulldogs have the home advantage, but entering the game ahead by only 2-points in the college football odds isn’t something they can brag about.

As most bettors would expect, Saturday’s game, which will be played at the Davis Wade Stadium, Oktibbeha County at 12:00 PM ET, will be a cracker of a match after a feisty 35-28 overtime win by the Aggies against Arkansas in Week 5. More importantly, both teams are undefeated this season, so this SEC matchup will be a resounding statement about the team that has what it takes to keep on winning in the highly competitive world of college football.Betting Analysis and Game Odds Though the whole team played their hearts out in the Week 4’s win over the Tigers, QB Kenny Hill was arguably the best performer in that game. An inspiring 204 yards and three touchdowns by Hill in the game’s last quarter and in overtime led his team to a close victory. By the time the final whistle was blown, the Texas A&M quarterback had a total of 386 yards, four TDs and one interception.It should however be noted that, whereas the Aggies have an impressive 55.3 points-per-game offense, the manner in which they had to struggle to get a win after trailing 28-14 to Arkansas shows that their offensive play can be shut down. But with the Bulldogs’ defense ranking last in the SEC, Hill and his compatriots could force a win this Saturday, Of course, if they are to get any closer to the 51-41 win over the Bulldogs last season, the team must get off the blocks FIRST and FAST. If not, the energetic Bulldogs will run their bones down.Game Odds:TEXAS A&M: +2½-110, ML +115MISSISSIPPI STATE: -2½-110, ML -135While many fans may refer to quarterback Dak Prescott as ‘fast-rising’ after his outstanding game against the Tigers, many diehard Mississippi fans have for so long been calling him “one of the best quarterbacks in college football”. Personally, I really don’t care about his titles, all I know is that 268 yards, two TDS and a rush for 105 yards and a touchdown in the 34-29 victory over the Tigers is something the Aggies should be wary—if not scared of.And even though the Bulldogs can be easily exploited in the air, they can make up for that with their solid ground play, both defensively and offensively. Needless to say, linebacker Benardrick McKinney and lineman Preston Smith are very good at breaking offensive plays and pressuring quarterbacks, like they did to Tigers QB Anthony Jennings.What will become of Mississippi’s game against the well-organized Aggies remains to be seen, but with a strong-willed fight from the whole team, a win can be within the Bulldogs’ reach.PredictionA 3-2 ATS for the 5-0 Aggies versus a 3-1 ATS for the 4-0 Bulldogs makes both teams weigh almost similarly, with a slight advantage for the Bulldogs. Also, Mississippi is 5-1 in its last 6 home games while Texas A&M is 2-4 in its last 6 games on the road, giving another advantage to the Bulldogs. Conversely, the Aggies won the last two matchups between the two teams and have proved to be more resilient in their five wins this season. As the college football betting lines for this game indicate. there is no clear favorite among these two teams. My final take, expect a high scoring game, with the Bulldogs clawing a win in a nail-biting encounter.
Older post
Newer post