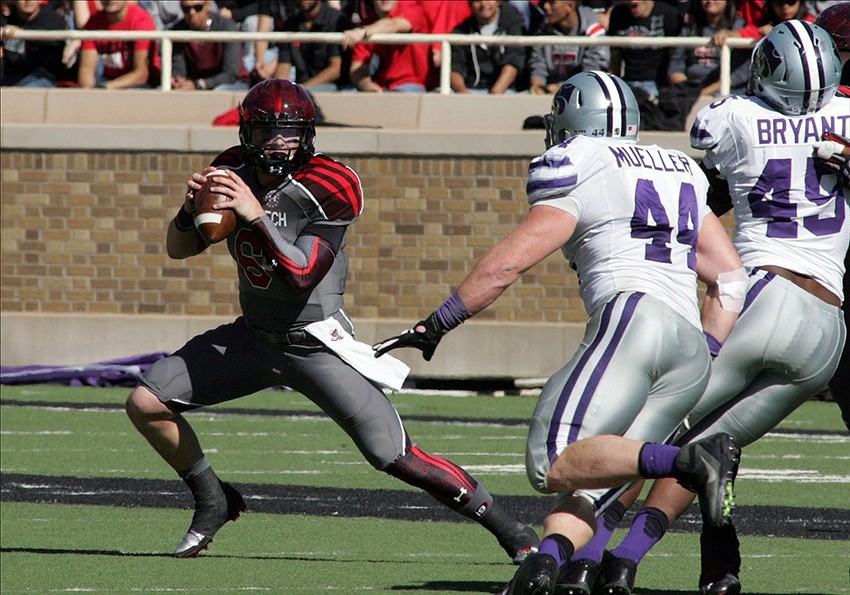 NCAA Football Betting News
Here’s a great game and one of my top college football picks for Week 6. After a tough loss against Auburn Week 4, the 3-1 Kansas State Wildcats went back to victory lane with an impressive 58-28 win over UTEP; and this Saturday they will face another test against Texas Tech, a team coming off a close loss to Oklahoma State.

The Red Raiders have lost two straight games, after starting the season 2-0. They have one of the best offenses in their conference, led by their passing attack, which is the 11th best in the country, but they are pretty bad defensively, and allow opponents to score 38.8 points per game. Kansas State has played very well so far this season, and would have been undefeated, if they did not miss so many scoring opportunities when they played Auburn two weeks ago. They got back on track against UTEP, and will try to improve on their performance when they face Texas Tech.

The Wildcats have won three straight games against the Red Raiders, and will likely make it four in a row if Texas Tech quarterback Davis Webb, who injured his non throwing shoulder last week is unable to play, because his backup is a freshman, who is 2-5 for 20 yards, with 1 touchdown and 1 interception in limited action. The Wildcats also have one of the best run defenses in the nation, allowing opponents to average only 2.7 yards per carry. Texas Tech will need to find a way to run against this team if their quarterback is unable to play, because it will help take some pressure off backup Patrick Mahomes. Games: TEXAS TECH : +14½-110 KANSAS STATE : -14½-110 The Red Raiders will try to avoid losing three straight games, and four overall against Kansas State, but they will need to improve their defensive effort, they have allowed opponents to throw for over 400 yards against them in their last three games, which won’t cut it against a quarterback like Jake Waters, who can hurt defenses throwing or running the ball. This will be the second straight game for Texas Tech against a top 25 team on the road, if  QB Davis Webb, who leads the Big 12 with 14 touchdowns, is ready for this game, then they will have a very good chance of pulling off an upset against the Wildcats. Betting Tips

Texas Tech was supposed to be an improved team from last year when they finished 8-5, they haven’t looked very good so far, and with the availability of their starting quarterback in question, they won’t stand a chance against the Wildcats.
Older post
Newer post