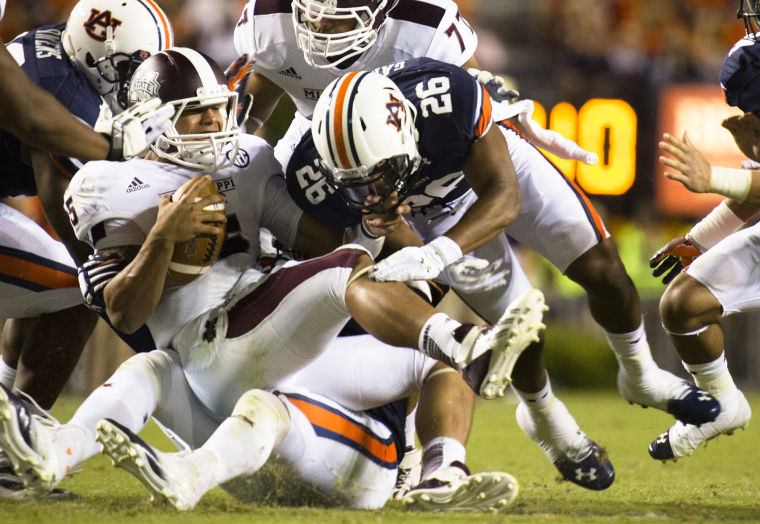 NCAA Football Betting News
College football games don’t come much bigger than the one that will take place in the great state of Mississippi this coming Saturday. That is when #2 Auburn rolls in to take on #3 Mississippi State in a battle of the unbeaten. The SEC West has proven to be one of the strongest divisions in the country. The division features several title contenders, dominates the top rankings and get abysmal college football lines on every week of the season, but it’s also a division where the teams will eventually turn cannibal on one another, and everything points that we’re on the verge of witnessing one of those games.After losing the final to Florida State, a lot of people looked at what Auburn did last year and claimed that it was a bit of a fluke. They won more than their fair share of close games, and had what many deemed to be pretty lucky wins against Georgia and Alabama. The Tigers are showing this year that they deserved to be where they ended up last season. The only time they have been seriously tested so far this season was on Week 3 when they traveled to Kansas State and ground out a 20-14 win. Other than that, they have been totally dominant, with a 41-7 demolition of LSU last weekend the highlight of their season so far.Last weekend was also a big one for 5-0 Mississippi State, as they took out perennial favorite Texas A&M in a game that gave fans enough to talk about for years coming. The win over the betting favorite Aggies cemented the Bulldogs as one of the toughest teams in its conference and a a true contender for the first college football playoffs. They have played well all year, with their closes call, outside of last week, coming against LSU. The have also done very well against the spread, going 4-1 on the season, while Auburn sits at 3-2 ATS.

The Auburn Tigers have been installed as a 3-point road favorite for this one, largely off the back of how well they handled the LSU Tigers last week. Both teams are very much on a high, so it’s no surprise that this is seen as potentially being a close one.Over the past three seasons, the teams have split the series, with Mississippi State going 1-0 straight up and against the spread in games played on their home field. Both games played over the past 3 seasons have gone UNDER the total, which is set at 64 for the game on Saturday. This is a game that looks too close to call, which is why the points might be the way to play.Game Odds:AUBURN: -3-105, ML -145MISSISSIPPI STATE: +3-115, ML +125

Mississippi State may have the home field advantage, but few teams are playing as well as the Auburn Tigers are doing right now. That is why I think Auburn will win straight up by a 7-point margin and cover the college football spread. I think the smarter play here, though, is on the UNDER, as this has all the makings of a tight struggle.
Older post
Newer post