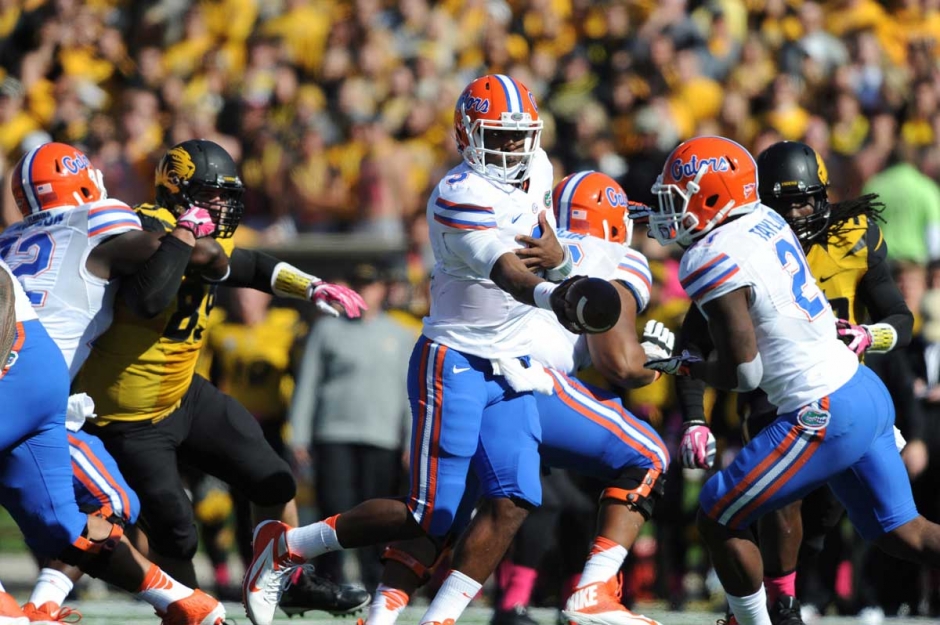 NCAA Football Betting News
Here’s an interesting match for bettors looking for valuable college football lines. Two teams currently battling for a top spot in the SEC East will face each other on Saturday, when the Missouri Tigers pay a visit to Florida to play the Gators at the Swamp. The Tigers were considered a favorite to win the division when they started the season 3-0, they stumbled against Indiana, but managed to win a close game against the then 13th ranked South Carolina Gamecocks, which put them back in the top 25, before falling again last week to the Georgia Bulldogs, 34-0. They will be trying to rebound from that embarrassing loss when they play the Gators on Week 8.

Florida started the season 2-0, which made fans start to believe they were back to being one of the best teams in the country, but they have gone 1-2 since then, and their only win was an unimpressive victory over rivals Tennessee. They did play well against LSU last week, and they can get their season back on track with a win over Missouri.

The Tigers have been struggling lately, because they have one of the worst offenses in the country, they throw for 201 yards per game, which is 98th in the country, and run for 156 yards per game, which is 78th. They manage to score 28.8 points per game which is the 76th best in the country, but won’t be good enough against teams like Florida, who score over 30 points per game. Their defense is also not one of the best in the country, but it has saved them by stepping up in a couple of games, including their 21-20 victory over South Carolina, they currently allow opponents to score 22.8 points per game, which is 49th best in the country.The Gators bounced back from their terrible offensive performance against Tennessee, and scored 27 points on LSU in a loss, they will try to build on that performance, and walk away with a win against the Missouri Tigers. Despite their recent offensive struggles, the Gators play very well at home, and are 2-1 at home this season. They average 42.6 points per game at home, which is higher than their season average of 31.8 points, and allow 20 points per game at home, which is also lower than their season average of 22 points.Betting TipsPredictionMissouri has a better resume, and have already defeated a ranked team this year; they will bounce back from getting shutdown against Georgia last week, and defeat the Gators in a close game in Florida. College football betting odds and totals for this match haven’t been released yet. So keep a eye on the coming betting lines.
Older post
Newer post