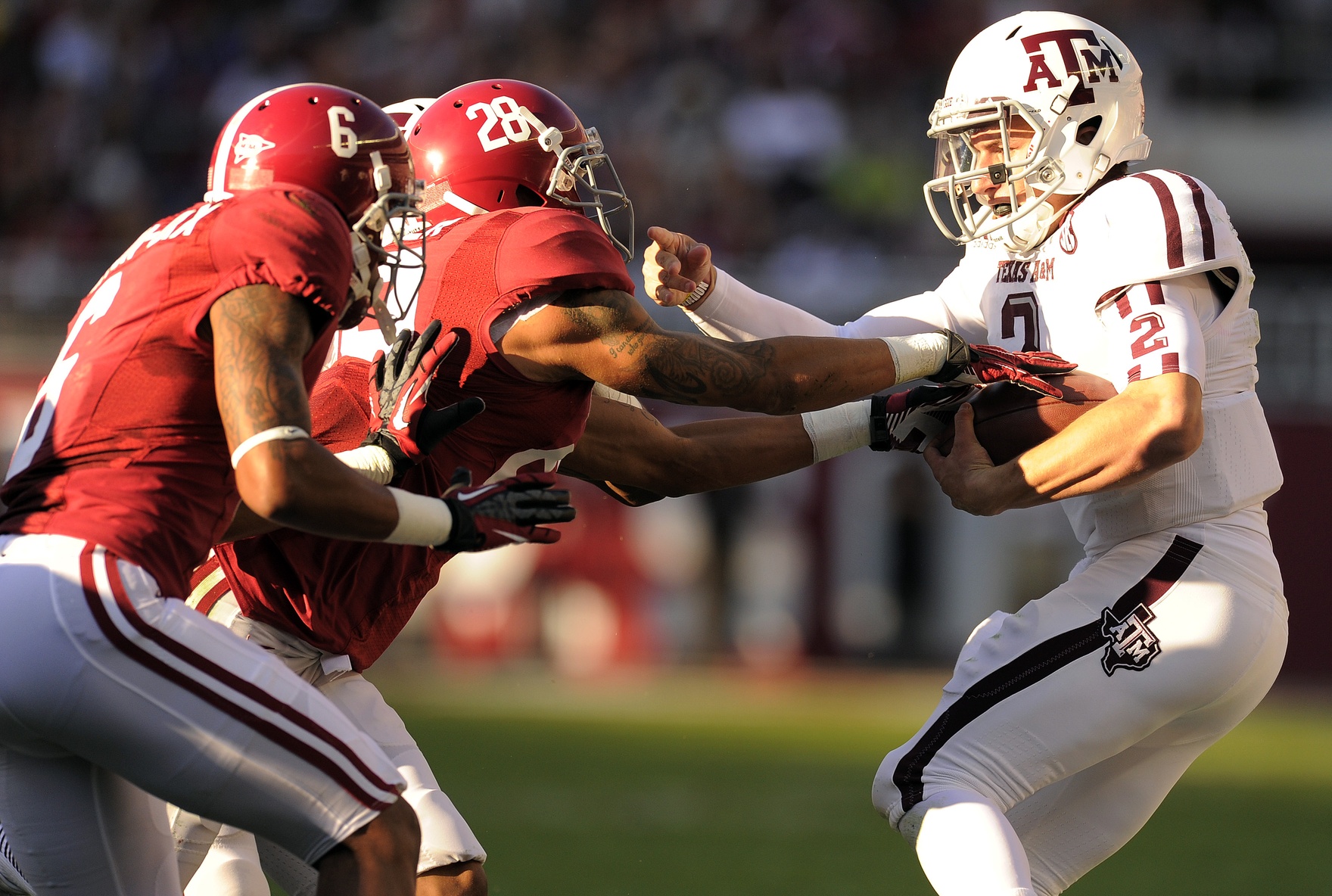 NCAA Football Betting News
The last few weeks of the NCAA football season have been in some way, unpredictable. Losses by heavy college football betting favorites such as Alabama, Oregon, BYU, UCLA, Georgia, etc. and the raise of teams like Arizona State, TCU, Marshall and Ole Miss have many fans and bettors wondering what may come next. But after the historical victory by the Mississippi State Bulldogs over the No.2 Auburn Tigers in Week 7, it is now clear that no team should ever be underestimated and, more importantly, every game henceforth is a must-win for these teams. Simply put, since a handful of teams have learn how to fly over their competitors without perching, their hunters must ensure that they shoot in the air without missing.So, whereas some teams like the current national champs Florida Seminoles may stop to assess how they got dethroned from their dominant No.1 position, college football doesn’t take a rest, unless of course a team is officially given a rest during the usual bye week. In this regard, below are the key games you can’t dare miss watching (and betting on) this coming weekend.

Saturday, Oct. 18, 2014 at 12:00 PM ETDespite being outgained 482-232 in total yards by the Texas Longhorns, fate was still on the side of the unconvincing Oklahoma Sooners. By the time the final whistle was blown, the Sooners beat the Longhorns 31-26, thanks to a largely erratic performance by Texas. Meanwhile, the 4-1 Kansas State Wildcats need to keep on winning in order to climb higher than No. 3 in the Big 12 conference. Though they’ll be highly pressured, the Sooners will use their home advantage to get a victory, but the spoiler alert in on the Wildcats, whose only loss came in the hands of the Auburn Tigers.Game Odds:KANSAS STATE: TBAOKLAHOMA: TBA

Saturday, Oct. 18, 2014 at 3:30 PM ETHaving withered due to back-to-back defeats against the Mississippi outfits (No. 1 ranked Mississippi State Bulldogs and No. 3 ranked Ole Miss Rebels); it is about time the Texas A&M Aggies get back to winning ways. Unfortunately for them, Alabama Crimson Tide doesn’t look a team ready to give them a win. Although Kenny Hill will punish Alabama’s rather weak secondary, the running attack combination of T.J. Yeldon and Derrick Henry will steer the Tide to a stormy victory  over this SEC foe.Game Odds:TEXAS A&M:+11½-110ALABAMA:-11½-110

Saturday, Oct. 18, 2014 at 8:00 PM ETWithout doubt, the clash between the Notre Dame Fighting Irish and the Florida State Seminoles will be the most anticipated game of the weekend. This is majorly based on the effect it will have on the national standings. With Florida craving to go back to No.1 while Notre Dame keen on not relishing being ranked in the top five, the game will be interesting to watch. The duel will probably be nervy till the very end since any small mistakes could alter the game’s course. A Seminoles win looks like the favorite college football bet, though I honestly wouldn’t rule out a surprise victory by the Fighting Irish.Game Odds:NOTRE DAME: TBAFLORIDA STATE: TBA

Whereas the above games are bound to be interesting, there are many other college football games lined up for the week that you can add to your watch list, including Georgia vs. Arkansas, Washington vs. Oregon Ducks, and UCLA vs. California. Be sure to check all of them, review the football betting lines and odds and check out their game previews. Who knows, perhaps you may even witness bigger and well-paying surprises on the other side of the road and cash some bucs on the side with the so-called “small players”.
Older post
Newer post