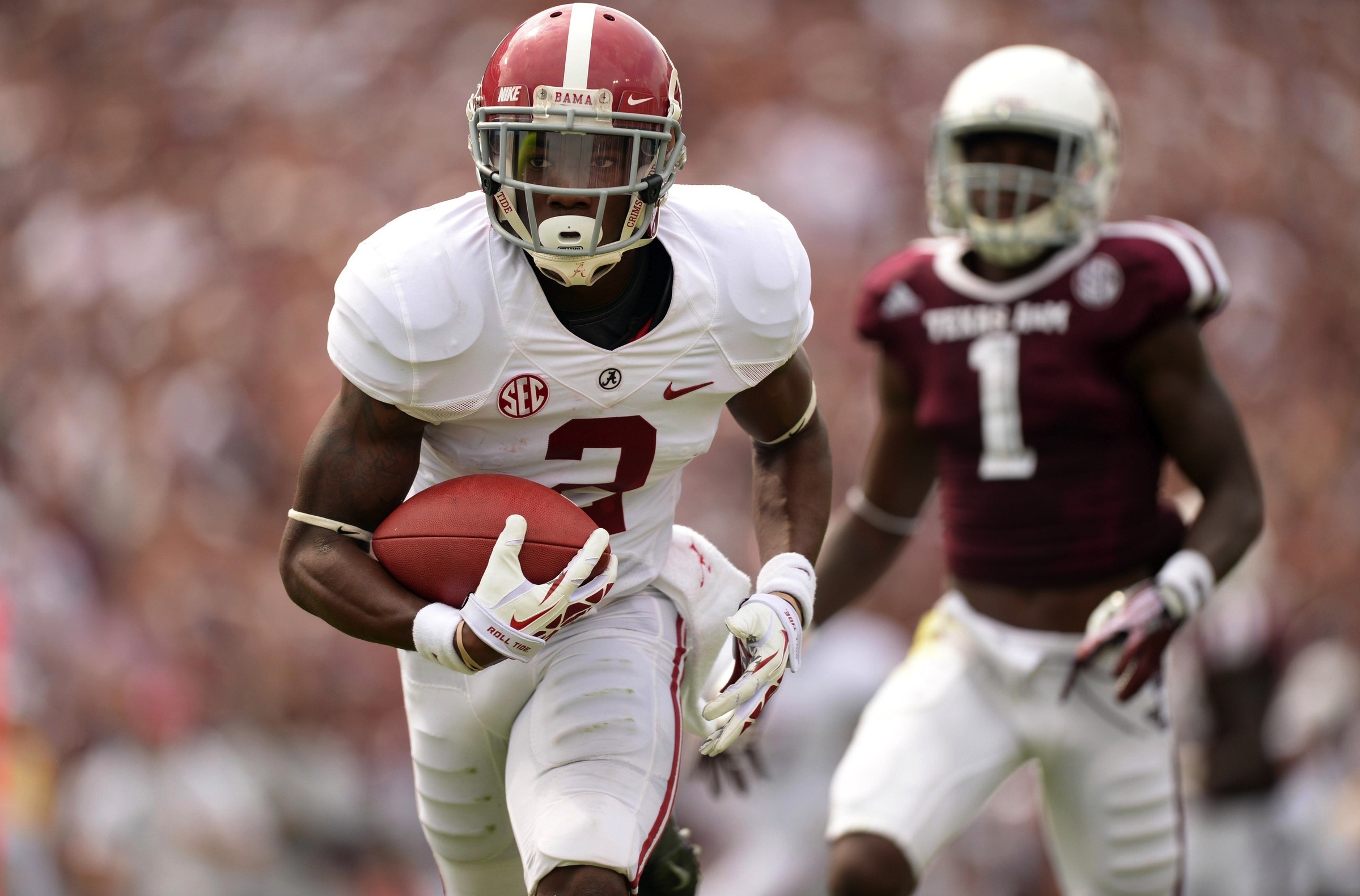 NCAA Football Betting News
If you had asked people at the start of the season how the SEC West would look after 7 weeks of the college season, very few would have predicted that two Mississippi teams would be tied atop the standings. The Alabama Crimson Tide opened the year as one of the perennial college football betting favorites to get tho the playoffs, but they are on a bit of a slide at the moment, as their opponents this coming weekend, the Texas A&M Aggies.

The opening week of the season may have provided an insight into the possibility that the Crimson Tide were perhaps not quite as good as many fans believed. They struggled to knock off a plucky West Virginia Mountaineers team before winning their next two games handily, albeit against truly inferior opponents. They then dispatched the Florida Gators before running into a wall against Ole Miss. Then a week after the Crimson Tide put a sub-par showing against Arkansas, where they just managed to hold on for a 14-13 win.Texas A&M came flying out of the gate, with many prematurely picking them as National Championship candidates, as well as throwing freshman QB Kenny Hill’s hat into the Heisman ring after just one week. Their impressive 5-0 start to the season was essentially wiped out in back to back losses to both Mississippi teams, with both games being of the blowout variety. This is a team whose confidence looks shaken, and the bad news is that their chances of righting the ship don’t get any better this weekend. Alabama is a bit of a wounded beast at the moment, and they will be looking to get things back on track at home against a team that is sliding hard in the wrong direction.

Despite the fact that the Crimson Tide have not exactly been pleasing to the eye, they have been installed as a pretty heavy 11.5-point favorite for this one. That number may seem a little high on the face of it, but if the Aggies continue to turn the ball over at the pace they have been in the past couple of weeks, it’s a number that Bama could definitely hit. Texas A&M have history on their side, though, as they won here at the last time of asking. They are also 2-0 ATS against Alabama over the past 3 seasons.Game Odds:TEXAS A&M: +11½-110ALABAMA: -11½-110This is a though game from a college football betting perspective. The Alabama offense has not looked particularly efficient this season, especially when facing ranked teams. I do like them to win this one straight up, but I just don’t see them covering that spread. I’ll take A&M to cover, with Bama likely winning by a single TD.
Older post
Newer post