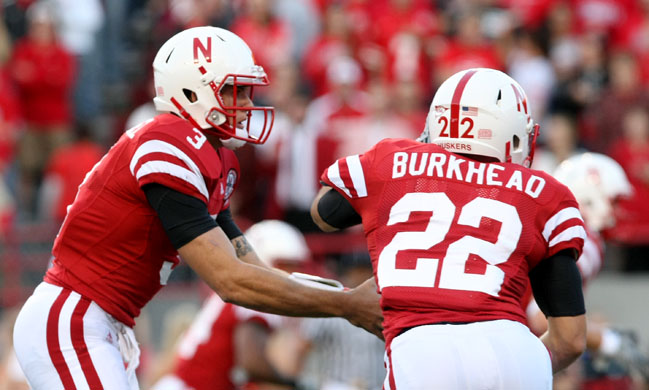 NCAA Football Betting News
Week 9 of the college football season features a Big 10 matchup between East and West foes as the No.16 Nebraska Cornhuskers receive the Rutgers Scarlet Knights in their first home game in almost a month. Here’s the game preview, football odds and prediction for the match.

Although Rutgers suffered a lopsided 57-16 loss to the Ohio State Buckeyes on Saturday, the Scarlet Knights’ coach Kyle Flood said that there were a few positives to scoop away from the defeat, especially in regards to RB Desmon Peoples who scored his first two career TDs for Rutgers (5-2, 1-2 Big Ten). Speaking after the defeat, Flood noted that the small sparks of brilliance in yards rushing performance of the team’s two-headed rushing attack (against a mean Ohio defense) was something the team could build on going into Nebraska over the weekend.Meanwhile, the Nebraska Cornhuskers (6-1, 2-1) will be looking to continue their great form that has seen them go 7-1 ATS and SU in their last games, winning five of the last six games by double digits. Below is a preview of the matchup between these two teams, which is scheduled for Saturday, Oct. 25, 3:33 PM ET at the Memorial Stadium (Lincoln, Nebraska).Setting the StageRutgers is a Big 10 newcomer, so even though qualification for the championship game seems far out of reach for them, they would want to give a good account of themselves by getting a victory. Conversely, the Cornhuskers’ chances of making it to the Big 10 Championship game are still alive and winning this game would crucially keep them in contention against other Championship contenders.Key Players and Team NewsBesides Andre Hunt who has been listed as questionable on Rutgers’ roster, all the team’s starters have been listed as at least probable to face Nebraska. Both Justin Goodwin (64 yards on 11 carries) and Peoples (83-yard rushing performance) were quite lively against a tough Buckeyes defense. Coach Flood will be hoping the two will spearhead their run-game, which has largely struggled in Rutgers’ previous Big 10 games.For Nebraska, Ameer Abdullah’s performance will be key to victory. In last Saturday’s 38-17 win over the Wildcats, Abdullah did 146 rushing yards and 13 receptions. Other Nebraska’s players whose passing and running game should be watched include Tommy Armstrong Jr. and the lethal combination of Jordan Westerkamp and Kenny Bell.Team TacticsHaving rushed 1,024 yards and scored 14 touchdowns this season, including a total of nine touchdowns in his last three games, it cannot be stressed hard enough to Rutgers that stopping Abdullah will be key to preventing a Nebraska win. And while doing so, the passing and running game of the deadly Tommy-Jordan-Kenny trio must also be halted.Similarly, Nebraska must be watchful of the Goodwin and Peoples combination. The home advantage and the huge crowd in Nebraska is something the Cornhuskers should also use to their advantage.Game Odds & PredictionGame OddsRUTGERS: +17-110NEBRASKA: -17-110Here’s my take on the football lines for this game. Going by the two team’s recent form, the best move would be to put your money on Nebraska, but the 17-point spread on the Huskers is perhaps to long to cover. The Cornhuskers will definitely take this one, so  I’ll put my money on Nebraska SU.
Older post
Newer post