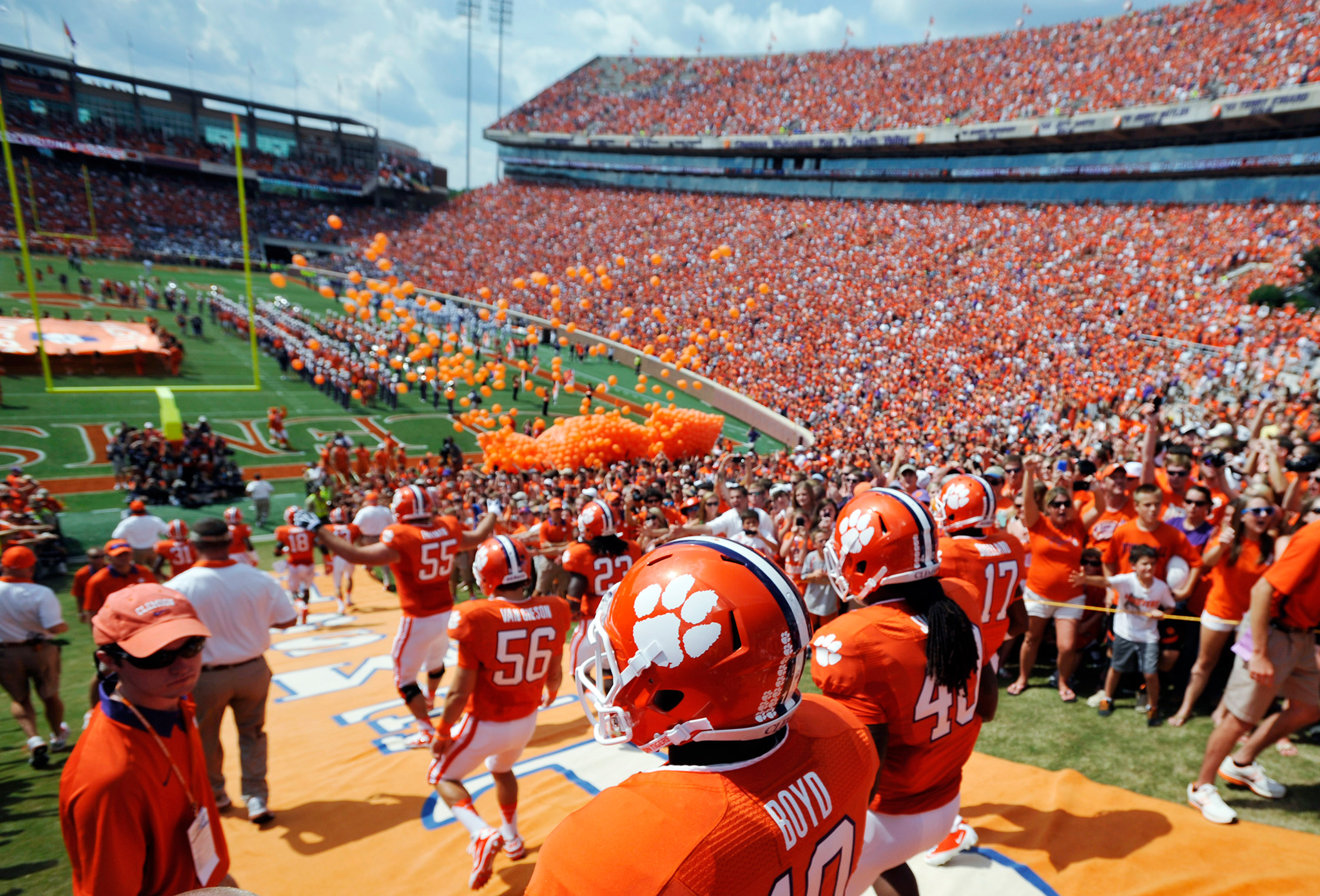 NCAA Football Betting News
When the Orange face off the Tigers on Saturday, Oct. 25 at 7:00 PM ET; Clemson will have to play without their leading rusher Adam Choice and ace tight end Jordan Leggett. These two players are just the latest additions to the worryingly growing list of the Tigers’ injured players, including RB Zac Brooks, offensive lineman Oliver Jones, safety Travis Blanks and RB Tyshon Dye who got injured in the off season (though he may return this week). With such key players missing, the 5-2 Tigers will have to make some tactful changes in order to combat the 3-4 Orange who just broke a four-game losing streak last week with a 30-7 win over Wake Forest. Find a succinct analysis of how the two teams measure up against each other in the football betting preview below and which team is favorite to get a victory this Saturday.

Betting and Game AnalysisIn regards to the previous matchups, the two teams are tied at a 1-1 ATS record, with the latest game being won 49-14 by the Tigers in October 2013. This will therefore be the third time the teams square up to one another.While the Tigers are 5-1 ATS in their last six home games and 5-0 in five home games, the Orange are 4-1 ATS and SU in their last five road games. With the 2013 win and the good home record in mind, the Tigers are generally favored to win this game.Game Odds:SYRACUSE: +14-110CLEMSON: -14-110Even with the injuries, Clemson boasts of a loaded defensive line—one of the main reasons it enjoys a four-game winning streak, beating Boston College 17-13 in last week’s game. It therefore goes without saying Syracuse’s struggling offense will have a homicidal night against Clemson’s superior defense at the Death Valley.If the Orange are to have a fighting chance, they should take advantage of their strong play-action pass game that has been consistently good on the ground. In addition, choking the offensive ground supply for players like Clemson’s Cole Stoudt will also limit the opponent’s movement of the ball.Also, Syracuse players like quarterback AJ Long and runner Prince-Tyson Gulley have shown that they can combine well, if they decide to. Though both of them are “average” players that rarely pull out big game-winning performances, a combined effort between them could see the Orange rack up some decent points.As for Clemson players, this is not the time for the team to get complacent. Getting too comfortable with their low-scoring offense will not do them much good, even if their defense always finds a way to throttle most teams. As is commonly stated, the best way to defend is to attack, so the Tigers should use the athleticism and solid passing game of Vic Beasley to offensively kill off their opponents when they can.Game PredictionDespite the large betting odds, we can expect another strong defensive performance from the Tigers and a rejuvenated attack, especially if Dye features in the game. Though they may start the game slowly, the Tigers will easily control the game once they’ve established rhythm and stroll to a relaxed home victory.
Older post
Newer post