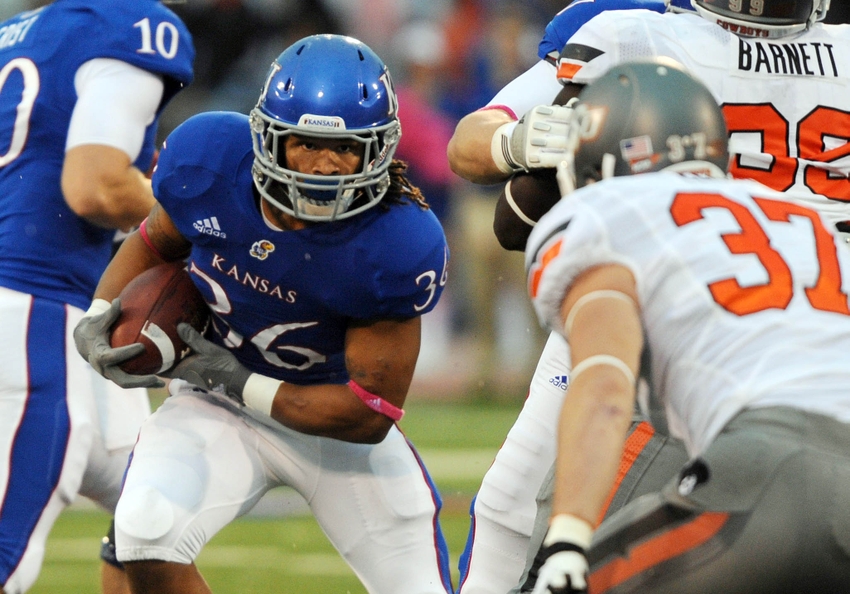 NCAA Football Betting News
One of the teams that benefited from the upsets on Week 6 is the Oklahoma State Cowboys (4-1 overall; 2-0 Big 12), who jumped up a few spots in the rankings, and are now in the teens, and if they win out the rest of the way, they might find themselves in the playoff discussions. They will be going up against the Kansas Jayhawks (2-3 overall; 0-2 Big 12), who haven’t won a conference game this year, and fired their coach a week ago, after losing to the Texas Longhorns, and that’s is reflected on the college football game lines for this match, as the Jayhawks enter the game a 20-point home underdogs.

The Cowboys have won four straight games, after losing their season opener in a close game against the defending champions; four of their next seven games are against ranked opponents, which means they cannot afford to drop easy games like this. The Cowboys have won four straight in the series, and will try to make it five straight on Saturday.The Jayhawks haven’t been competitive in some time, which was why they hired Charlie Weiss to help them turn things around. Unfortunately, things didn’t work out as planned, and Weiss only won one Big 12 conference game during his time at Kansas, reason why the team decided to fire him a week ago. The team responded to the loss of their coach with another conference loss to West Virginia, and will have a tough time against Oklahoma State.Betting PreviewOklahoma State’s offense has had to bail them out of trouble a few times already this year, and they are averaging 39.2 points per game. Their defense on the other hand has been a huge liability, allowing 25.6 points per game, which has cost them one game already this season, and could cost them some more when they play the toughest stretch of their schedule. They shouldn’t have any problems moving the ball against a Kansas team that allows 27 points per game, but only scores 15 per game.The Jayhawks should be able to generate some offense against the Cowboys; their best bet will be to throw the ball against the Cowboys and their suspect secondary, which has allowed opponents to average 263 yards per game against them. They will still have to find a way to stop Oklahoma State’s offense, which can put up a lot of points, and that starts by stopping the run, and making them one dimensional, making them easier to defend against.Game Odds:OKLAHOMA STATE : -20-110KANSAS: +20-110Betting TipsBetting PickSomthing that college football betting fans should notice is that Kansas is a team in disarray right now, and they won’t be able to keep up with the Cowboys, who will win the game in a blowout.
Older post
Newer post