NCAA Football Betting News
It is exactly one week since UAB President Dr. Ray Watts announced the school’s decision to reinstate football, but UAB NCAAF betting fans aren’t hearing any of that, as they are still celebrating like the announcement was made yesterday. But then again, you wouldn’t really blame them if you had to have a feel of the tumultuous six months they’ve undergone in the bid to reinstate their previously closed athletic programs.On December 2, 2014, the University of Alabama at Birmingham (UAB) made national headlines by announcing that it had disbanded its football program due to financial reasons. The surprising decision shook the world of college football betting, as it made UAB the first Football Bowl Subdivision (FBS) School to drop college football in nearly two decades, leading to a heated outcry for retribution against the school’s administrators.

Bill Clark on #UAB football’s return: “I might be crazier than most. But this is going to be a challenge, at best.” http://t.co/uM1HGBr5BZ

According to Watt, the school was financially incapable of supporting the football program, citing the CarrSports Consulting report that said UAB needed to invest $49 million over a period of 5 years to help maintain competitiveness in the school’s NCAAF program.Following that decision, UAB created a taskforce in January, charged with the responsibilities of hiring a firm that would review the decision and propose possible solutions. College Sports Solutions (CSS), led by former football player Justin Craft, was hired to look into the decision and a fundraising subcommittee was created to help raise private funds for reinstating the football program.As per the CSS report, the school had a $3.165 million annual financial delta, which meant that it was viable for UAB to reinstate and run the football program. 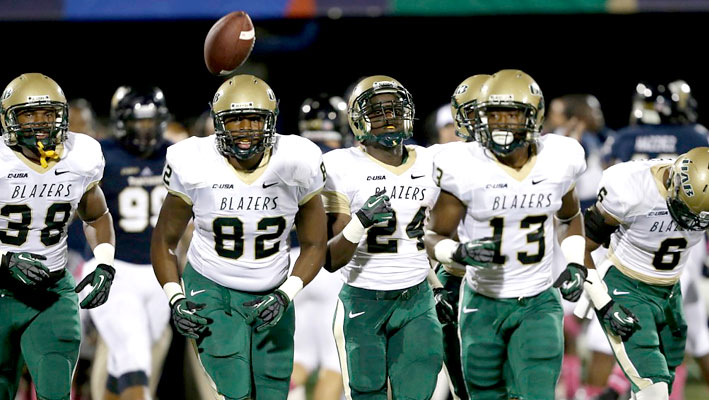 Expectedly, a lot of support came in and Craft and his team raised more than $15 million to help in covering any financial deficits in the school. The UAB Undergraduate Student Government Association and the Birmingham City Council made multi-million dollar pledges, which totaled to around $6 million over 5 years. Jimmy Filler, a Birmingham tycoon, additionally pledged to raise $7.5 million for a stadium within the campus. In the end, the pledges and commitments made towards the school’s program were overwhelming to the point that Watt was forced to reinstate the program.“We believe those who love UAB will turn this energy into the money required to take athletics to a new level of success that matches the rest of this great university,” Watts said.With the program now back in Conference USA, there is bound to be some adjustments, especially in the college football odds within the conference. The effect is, however, likely to be minimal as the Blazers were just 6-6 under first year head coach Bill Clark. Of course, the 6-6 mark was a big improvement when compared to the previous seasons, so there could be some hope for a stronger showing and maybe a winning season with Clark in his second year. 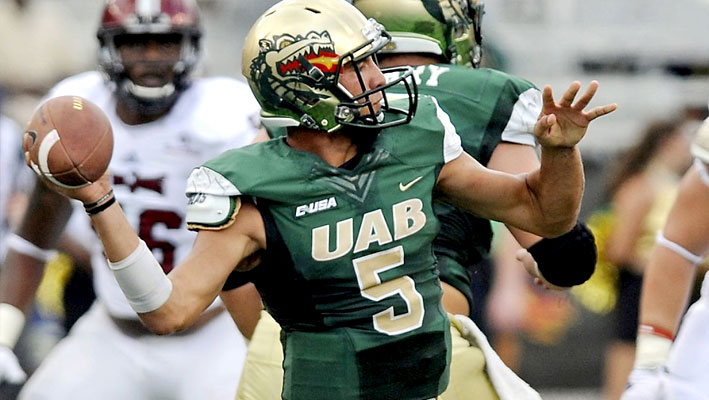 Even so, you should not buy in easily into all the euphoria about the Blazers being destined for a big season. This is as team that has not had a winning season since going 7-5 in 2004, which took UAB to its only bowl game—the Hawaii Bowl, where they lost to Hawaii. As a matter of fact, the 2004 season was the only winning season in the program’s 19-year history.SourcesLAtimes.com (http://www.latimes.com/sports/la-sp-uab-football-20150615-column.html)Wikipedia.org (https://en.wikipedia.org/wiki/Bill_Clark_%28American_football%29)
Older post
Newer post