NCAA Football Betting News
Baylor and TCU have combined to make the Big-12 a conference that people want to watch again, as both teams play an exciting brand of football that usually guarantees that points will be scored. These two are sure to be the team that vie for the Big-12 crown again this season, but which of them will come out on top this NCAAF betting season?

The Baylor Bears have been a very good team for a few years now, and they will once again have an offense that is more than capable of delivering some real fireworks. Seth Russell will be leading the charge at the QB position, and will get great protection form one of the best offensive lines in the country. Expect that O-line to open some big holes for All-American and 1000-yard rusher Shock Linwood. The team’s defense is likely to be better this year, and will be led by Shawn Oakman and Andrew Billings, both of whom play as big as they look. If this team does have a weakness, it is in the secondary, which might once again mean that shootouts ensue in a number of games this season.The TCU Horned Frogs had a great season last year, yet they still came out of it with a bitter taste in their mouths after being locked out of the playoffs. They will be led by QB Trevone Boykin, who threw 33 TD’s and close to 4,000 yards last season. He too has a good offensive line that will give him the time he needs to hit WR Josh Doctson time and again. The Horned Frogs did not have a 1,000 yard runner last season, but that has more to do with how much they throw the ball than a lack of talent at the RB position. Their weakness may well lie on the defensive line, as a few of last year’s starters have now moved on. TCU should have a good secondary, though, with Kenny Iloka the standout. 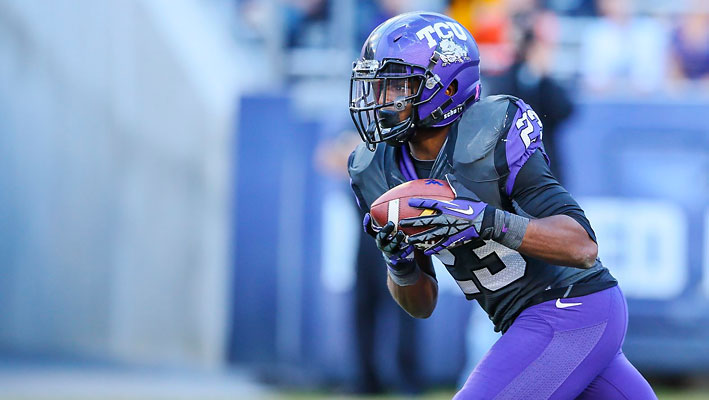 The Big-12 Championship will likely be decided when these two team finally get to meet each other. After what went down last season, and the grief that the playoff committee took for leaving out TCU, you can bet that the Big 2 winner will likely get a spot in the final 4. TCU still have a chip on their shoulder from last year, and the need to prove something is what will likely put them over the top against the Baylor Bears.
Older post
Newer post