NFL News and Rumors
Having been born and raised in the ‘City of Brotherly Shove’ I can unequivocally announce that not many sports writers have the vantage point that I do when it comes to speaking on each of the city’s four major professional franchises.Having said that, like many other sports writers and NFL betting fans across the country, I have undoubtedly formed several of my own opinions on Philadelphia’s Eagles head coach Chip Kelly and his surprising experiment to transform the Birds’ roster into one that looks and plays more like his former Oregon Ducks teams just a few years ago.Now, heading into his third season with the franchise, Kelly has been both, ripped and praised, by pundits and NFL followers everywhere for a series of roster-altering transactions that have left the Birds looking nothing like the team he inherited two seasons ago – or the one that completed the 2014 regular season for that matter.we’ll take a look at some of Kelly’s most significant roster moves, including the one in particular that was never completed before I offer up my opinion on whether I think Kelly’s moves will end up leaving him looking like a genius or a complete idiot that has brought even more disaster to win-starved Philadelphia.

I don’t care what anyone says…I think Kelly’s trade of LeSean McCoy for former Buffalo Bills linebacker Kiko Alonso was one of the most foolish and head-scratching trades in recent memory and I don’t just mean in the NFL either. 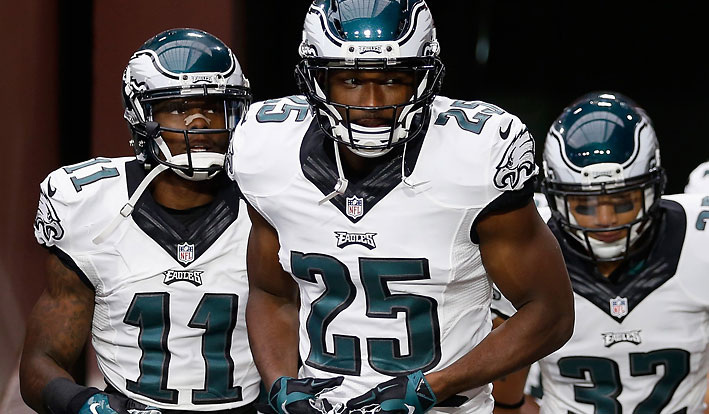 You see, I believe that Kelly’s decision to move McCoy for a young linebacker that has played just one full season – while missing his entire second season with a torn ACL – may be the worst trade in North American professional sports in at least, the last decade.McCoy led the league in rushing in 2013 and finished third this past season and is undoubtedly one of the top five running backs in the game today. Kiko Alonso had a nice rookie season in 2013 before missing the entire 2014 season and he may very well turn out to be a Pro Bowl-caliber linebacker someday. However, the fact of the matter as it stands right now is that Kelly jettisoned arguably the game’s best dual-threat running back while getting back and bunch of ‘ifs and maybes’ in Kiko Alonso.

I know Kelly basically replaced McCoy with former Dallas Cowboys running back DeMarco Murray, reportedly because of his more conventional ‘North-South’ running style, but Murray has also been injury-prone over the course of his career and certainly doesn’t possess the same game-breaking ability that the elusive LeSean McCoy does. I’m not a big fan of this trade, but I’ll admit that Kelly could have done a lot worse in his search for a replacement for McCoy. 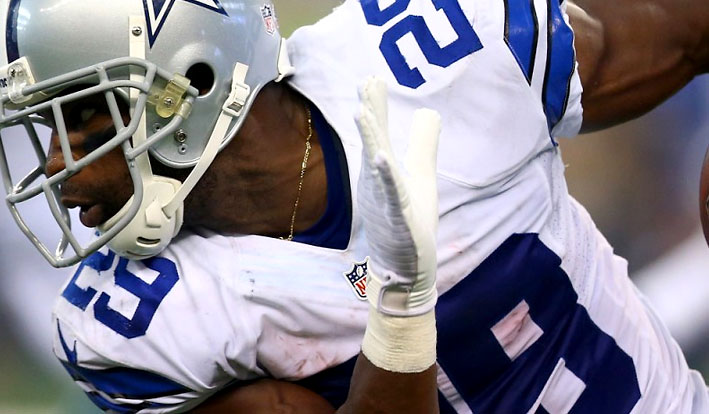 It’s funny, but I’ve gotten to a point where, every time Chip Kelly makes a trade I simply giggle to myself and think, ‘What the hell is wrong with this guy?’All jokes aside, as far as this trade is concerned, I’m simply perplexed as to why Kelly would trade Foles for a near-bust quarterback like Sam Bradford that hasn’t come close to having a season near the one that Foles had in 2013 when he tossed an impressive 27 touchdown passes and just two interceptions. 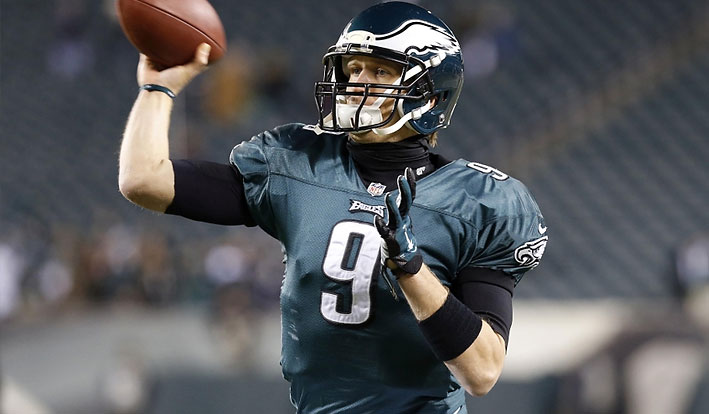 Bradford is coming off two ACL injuries and has started just seven games in the past two years. The former No. 1 overall pick sports an unimpressive 18-30-1 record in his five-year career.Basically, Kelly traded Foles, a quarterback that went 14-4 as a starter and still has a big upside despite being banged-up for the majority of the 2014 season, for a quarterback that really hasn’t been able to stay healthy over his five-year career and is far more expensive.

Did You Know that Philadelphia Eagles quarterback Sam Bradford will count a whopping $16.9 million against Philly’s salary cap this coming season?I know that Kelly was never very enamored with Foles in spite of his fine 2013 season, but the bottom line is that I believe Kelly made a big boo-boo by making this trade, particularly seeing as how he really had acquiring former Oregon star Marcus Mariota in the NFL Draft in mind. Now, not only did Kelly fail to land his once prized pupil, but he’s also going to have to massage Bradford’s ego with the former St. Louis Rams starter now knowing that he was acquired to be Mariota’s backup at best.

This week, Kelly acknowledged that he would have liked to trade up and draft Mariota, but that Tennessee’s asking price was just too high. 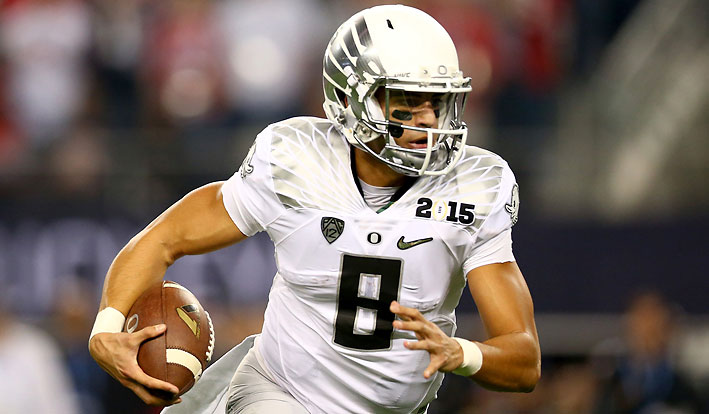 “We examined it,” Kelly said on NFL Network. “I would say we were not very close, in terms of the price that was being asked. I used the analogy the other day that we drove into a very nice neighborhood and saw an unbelievable house, but when we found out the price of the house we stayed in the car, never even got out of the car.”Kelly also said that in his opinion, the Titans were wise to turn down his trade offer.“I would have done the same thing if I was Tennessee. I think he’s an outstanding player and even better person, and he’s going to be a heck of a player in the NFL. I wouldn’t have traded him if I had the No. 2 pick,” Kelly said.

Whether you love him or loathe him, DeSean Jackson is arguably football’s best deep threat wide receiver and a player that the Eagles would be a lot better with today. Kelly quickly became disenchanted with Jackson’s off-field, gang sign-flashing ways and cut the polarizing speedster, who then signed with division rival Washington only to torch the Eagles this past season. Even if Kelly didn’t want Jackson on his team, I thought Philly would have been wise to look for a trade instead of foolishly letting him walk and getting nothing in return. 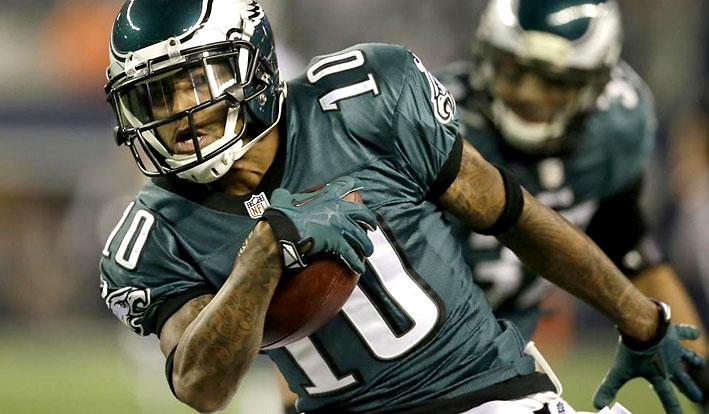 In addition to all of his head-scratching trades, Kelly was also unable to convince Pro Bowl wide receiver Jeremy Maclin to stay in town following last season’s breakout campaign. Hmm…I wonder if Maclin saw the handwriting on the wall before deciding to sign with Kansas City and reunite with former head coach Andy Reid. 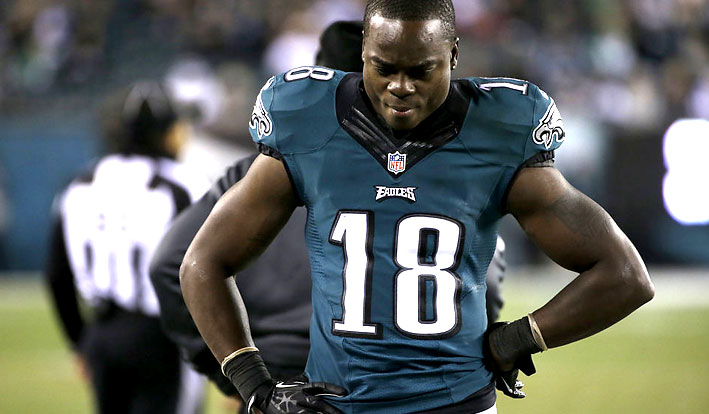 You’d think that after all of the aforementioned trades and what not that Chip Kelly would be done dealing for a while, but apparently not. Kelly shocked the NFL by signing former Broncos and Jets quarterback Tim Tebow as an unrestricted free agent last month.Now, while I may be in the minority, I personally like the signing of the former Heisman Trophy winner and I believe it will pay dividends for the Birds at some point in thee near future.No matter what anyone tries to convince me of, I genuinely believe that, put in the right circumstances, that Tebow could still become a productive NFL quarterback. I mean, to be blunt about it, there are other NFL quarterbacks, like Blaine Gabbert or Christian Ponder for example, that I simply don’t believe are better than Tim Tebow. 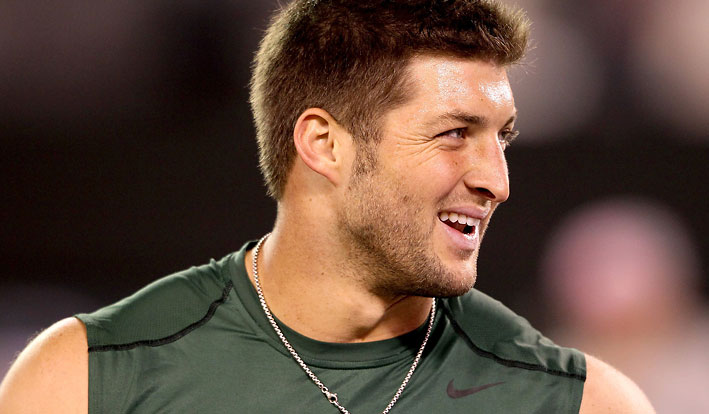 I know race is an often uncomfortable subject to talk about, but let’s be honest…it’s something that has always existed and continues to this very day, whether we care to openly discuss the subject.Having said that, I can only speculate and offer my opinion on this matter, but let’s examine the cries of racism suddenly surrounding Kelly.Back in March, ESPN’s Stephen A. Smith implied that Chip Kelly is a racist because the Eagles’ head coach cut DeSean Jackson, traded LeSean McCoy, and allowed Jeremy Maclin to leave via free agency, while keeping wide receiver Riley Cooper on the team’s roster.Shortly thereafter, former Eagles offensive lineman and current assistant coach Tra Thomas was fired and he too, went on slightly less public record to suggest that he suspected racism was alive and well inside the Eagles’ organization.Then, on Thursday, LeSean McCoy spoke at length on the subject in an interview with ESPN’s Mike Rodak.

“There’s a reason he got rid of all the black players — the good ones — like that.” LeSean McCoy on Chip Kelly http://t.co/rdESv1xLKI

Here is a transcript of that interview

MR: Mike RodakLM: LeSean McCoyMR: You told The Philadelphia Inquirer in April that Chip doesn’t “like or respect stars.” What was the problem with you and Chip, and how did that relationship end?LM: “The relationship was never really great. I feel like I always respected him as a coach. I think that’s the way he runs his team. He wants the full control. You see how fast he got rid of all the good players. Especially all the good black players. He got rid of them the fastest. That’s the truth. There’s a reason. … It’s hard to explain with him. But there’s a reason he got rid of all the black players — the good ones — like that. [The Eagles declined to comment on McCoy’s statements.]”MR: How many other players have shared that thought with you?LM: “Oh, man. People have heard it. I mean … Stephen A. Smith has talked about it. Other players have talked about it. But that’s one of the things where you don’t even care no more. I’m on a new team, ready to play. So it’s nothing to do with Chip. I have no hatred toward him, nothing to say negative about him. When he got [to Philadelphia], I didn’t know what to expect. When he let DeSean go last year, I was like: “C’mon. DeSean Jackson?” So it is what it is.”Now again, I really don’t know what’s going on inside the Philadelphia Eagles organization or in Chip Kelly’s mind, but what I do know is that this issue is now a distraction that the Eagles definitely don’t need as Kelly tries to mold the team into his image this offseason.I also believe it could potentially become a long-term issue for the Birds that could derail Philly’s 2015 Super Bowl hopes, particularly if some of Philly’s younger players of color start to believe some of McCoy’s claims or have future issues with Kelly themselves.One thing is for sure, this is an issue that will bear watching for football fans as the summer months and ensuing training camps approach.In closing, I believe that Chip Kelly’s roster experiments this offseason make him a marked man almost doomed for certain failure in Philadelphia. For the life of me, I don’t understand what Kelly has been thinking by getting rid of all of his offensive firepower and I now believe the Birds are going to pay for it in 2015 with a season that runs out to be mediocre at best. SourcesESPN.com (http://espn.go.com/nfl/player/_/id/14005/demarco-murray)NFL.com (http://www.nfl.com/player/deseanjackson/1581/profile)
Older post
Newer post