NFL News and Rumors
In Sports betting, just like most aspects of life, there is often a thin line that separates good and bad, mediocrity and genius, strong and weak, and many other oxymoron circumstances you may choose to contrast. Then, there is the category of those who’ve mastered the art of treading the fine line of in-between, where they can pass off for being on both ends of the coin, like being good and bad at the same time. Finally, we have the category of teams in the NFC South where everyone is just bad, Period! So good it is to be bad in this division that bad teams are flaunted, celebrated even, kind of like it is a fashionable thing to be worst at something.I mean, take the 2014 NFL season as an example—in the AFC North, the Cleveland Browns were the poorest team, finishing dead last in their division with a 7-9 mark, which made them the laughing stock of the division. Turn to our beloved NFC South, the Carolina Panthers were the best team in the division, finishing atop the division with a 7-8-1 record. And believe you me, even with their below .500 mark, they were not only crowned with a prestigious divisional title, but they also earned a spot in the playoffs—a place that is usually reserved for the elite teams in the NFL.

When I say I will be taking a look at the worst division in the NFL, it’s not that I have anything against the NFC South and its members (the Panthers, Falcons, Saints and Buccaneers), I am merely expressing my freedom of speech to call it as it is. And on that note, let’s take a look at what is likely to become of this worst division in the league.

2014 Record: 6-10, Predicted Record in 2015: 8-8 Season Win Total Pick: UNDER 8.5 (-140)The Falcons will probably be one of the loudest teams in the division, and not because they’ll be using piped crowd noise, but rather ‘coz of the proven leadership skills of their new coach Dan Quinn. Even more favorably, Atlanta has the easiest NFL Schedule in 2015, ranked 32nd in toughness with a 0.409 winning percentage. But even with the improvements they’ll make in 2015, we don’t think they’ll go beyond the .500 mark, so an UNDER season total should be best for bettors in the season win total NFL Odds.

2014 Record: 7-8-1, Predicted Record in 2015: 9-7 Season Win Total Pick: OVER 8.5 (+110)So I hear Carolina fans have been talking about their team being a big deal in the NFC South after winning back-to-back divisional titles over the past two years. Yeah, right, I guess it is a big deal to be the best among the worst. Sadly, come the end of the season, the only big deal the Panthers will be talking about is the unwarranted $103.8 million, five-year contract they wasted on Cam Newton earlier this month.The Panthers may be a smidgen above some members of this division, but being a team that has only posted five double-digit wins in its 20 year history, there is not much to hope for, especially in terms of them reaching the 10-win mark. As a positive thing though, the predicted 9 wins (which is well within Carolina’s winning scope) should pay OVER bettors in the win totals.Oh, and if the Panthers somehow squeak their way into the playoffs, avoid them for your money’s sake. I know that they beat the Cardinals in the 2014-15 playoffs, but that was simply because they were playing against a fourth-string QB in Ryan Lindley, as Carson Palmer, Drew Stanton and Johnny Utah were all injured. Plus, the victory over Arizona was Carolina’s first playoff victory in 9 freaking years, so you probably need 9 more years to bet on another Carolina win at the playoffs. 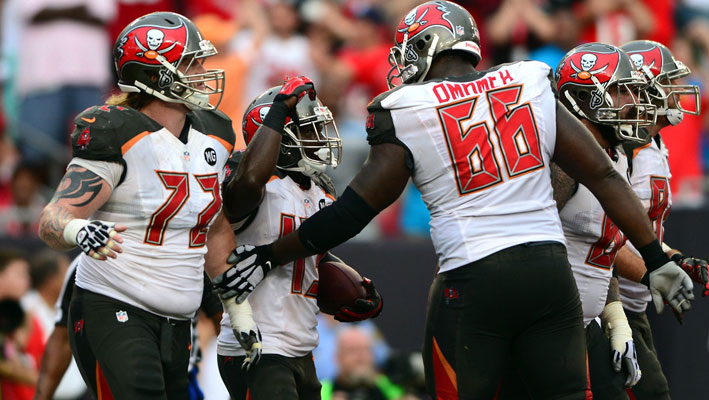 2014 Record: 2-14, Predicted Record in 2015: 4-12 Season Win Total Pick: UNDER 6 (-140)Being a Marcus Mariota fan, Jameis Winston has never been my guy. But for the sake of being objective about the two rookie quarterbacks, I can confidently say that Winston is highly likely to impress than Mariota in his first season (Darn! Saying that has left a bad taste in my mouth). Nonetheless, even with Winston’s talent, smarts and plenty of potential to impress in his first season, it is no secret that the Bucs are still far from the level of matching up to the likes of New Orleans and Carolina. And because of that reason, 4 or 5 wins should be the highest Jameis will carry this rebuilding Tampa Bay team.
Older post
Newer post