NFL News and Rumors
The sad reality about the NFL is that, whereas some people will succeed in their endeavors, many others will end up on the losing end, just like most aspects of life. Looking at the 2015 NFL draftees and the existing NFL prospects (mostly second years and third years), there is a lot of optimism about various players and their potential, with a lot of hype surrounding a good number of such players. Unfortunately, not all of these players billed as “the next big thing” will live up to their ballooned grades.  Based on the rigorous assessment of countless video tapes, historical performances, skill sets, team systems and ability to handle pressure, so we’re giving NFL betting fans a look at a lost of prospects we believe won’t be able to break out of their performance shells in 2015 season:

On paper, moving from New Orleans to Seattle in the offseason sounded like a good idea. After all, the Seahawks won the 2013-14 Super Bowl title and went all the way to the Finals of the 2014-15 Super Bowl. What could be wrong with going to a successful team? Well, so many things, if you comb through the two teams. The Saints ranked second in the NFL in pass attempts last season, guided by a solid passer in QB Drew Brees, which made it easy for Graham to flourish. The Seahawks, meanwhile, ranked dead last in pass attempts, with QB Russell Wilson being more of a runner than a thrower. So, even if Graham is likely to get first team football, his efficiency is likely to be throttled, as the system in Seattle will work against him.

Wondering how Jimmy Graham is fitting in with Seattle? One word: “Unstoppable.” http://t.co/0AQtLUi0tq pic.twitter.com/V5fKqfrSVM

If talking big counted for something in the NFL, Randle would be one of the biggest winners this offseason. Following DeMarco Murray’s departure from Dallas and Randle’s ascendancy into the pecking order as the No. 1 choice running back for the Cowboys, the 23-year-old running back who played for Oklahoma State took to the media, taking up his potential to easily fill up the big void left by Murray—the best running back in the league in 2015. On the account of his athleticism and his numbers from last season (43 yards on 51 carries, averaging 6.7 yards-per-carry), Randle certainly has the potential to have a decent season. Still, his lack of the killer instinct to anticipate plays and his limited physicality (compared to Murray) will probably keep his number average—at best!

Following the down-surging performances of Doug Martin as Tampa Bay’s main running back, various reports have surfaced that Charles Sims will get the main ball-carrying responsibilities for the Bucs, with Martin being relegated to the bench. A third-round pick from 2014, Sims was able to total 190 yards on 19 receptions last season, while showcasing sparks of brilliance as a pacey pass-catcher. His transition to a starting role should thus be worth watching, especially if he features as a situational third-down back. Unfortunately, Sims is not much of tackle-breaker, which is likely to see him struggle on the role of a feature back for his team.

With three failed drug tests to his name, Randy Gregory came into the NFL draft with a clear sign of “stay-away-from-me” plastered on his forehead. The Cowboys, seemingly blinded by his bright potential, took no heed and drafted him. Physically, Gregory possesses the attributes to be an impact player. But after Dion Jordan failed to live up to his hype at Miami due to similar drug-related issues, it’s hard to trust that Gregory will be a different man. His drug struggles aside, Gregory’s skill-set is suited for a 3-4 defense, where he can be used as an outside linebacker, yet the Cowboys are more of a 4-3 defense team. The Cowboys’ defensive system is thus likely to limit his potential. If you add all that up, it doesn’t look like 2015 will be a good year for the former Nebraska player. 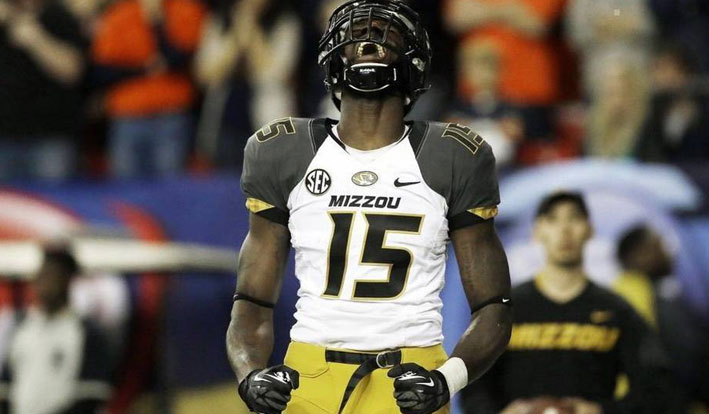 Like Gregory, Green-Beckham comes with a lot of star potential in the NFL, just in the same way he has a big bust potential. Apart from his good 2013 campaign, where he caught 59 passes for 883 yards and 12 touchdowns, there is not much data to judge the wideout. In 2014, he didn’t play after transferring to Oklahoma, which brings a red flag in regards to whether he is the player that impressed in 2013. Oh, and even in 2013, Green-Beckham had the red flag of being inconsistent in his output.  Not to forget, Beckham had a number of concerning off-field issues in his past, including a domestic violence case and a couple of drug-related incidents.  Like Gregory, DGB will thus need to be on his best of behavior, in addition to cleaning up his game, or else 2015 won’t be a good year for him in
Older post
Newer post