NFL News and Rumors
When it comes to the job security of the quartet of AFC West head coaches that will guide their teams into the 2015 NFL regular season, my hot seat heat check meter says the AFC West is the only division in football where all four head coaches are sitting in a comfortable ‘safe zone’ that will see them all make it through the upcoming season unscathed.Thanks to this fun-filled, yet informative AFC West hot seat heat check, you’re going to get the inside scoop on all four coaches as they get set for the upcoming 2015 regular season. Remember NFL betting experts, the ‘hotter’ the seat, the higher the number each coach has on a scale ranging from 0-10.

NFL Football Betting Analysis: All is Well in AFC West! 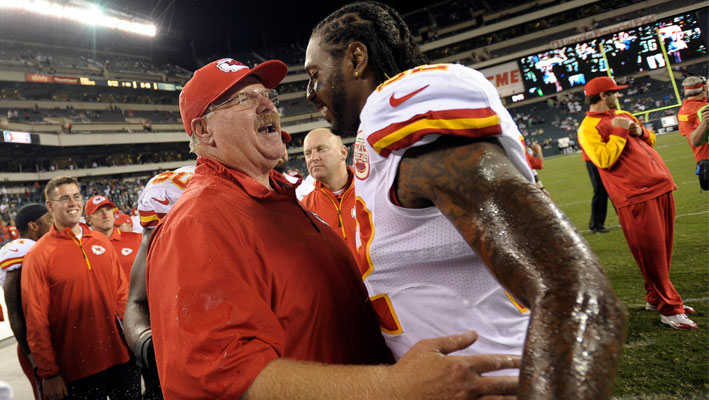 Andy Reid has gone 20-12 in two season as the head coach of the Kansas City Chiefs after leading Philadelphia to a fine 130-93 mark in 14 seasons as the former coach of the Eagles from 1999-2012. Kansas City’s pair of second place finishes in the AFC West earned them a playoff berth in 2013 and although the team fell just short after going 9-7 last season, Reid is as safe as it gets heading into 2015. The only negative thing I can point out about the 2002 AP Coach of the Year is that he’s managed to lead his teams to a mediocre 10-10 mark in the postseason.Hot Seat Heat Check – 0

I know Jack Del Rio’s 68-71 mark as the head coach of the Jacksonville Jaguars from 2003 to 2011 doesn’t suggest that’s he’s an elite head coach, but I think the non-nonsense, old-school approach that Del Rio brings to the table is just what the doctor ordered for the Oakland Raiders as he gets set for his first year with the floundering franchise. Right now, Del Rio is safe at home.Hot Seat Heat Check – 0

Kubiak went 61-64 in eight seasons as the head coach of the Houston Texans from 2006-2013 while guiding the team to two postseason appearances and a 2-2 mark in the postseason. The former backup to Broncos president John Elway is super safe as he also gets set for his first season in Denver.Hot Seat Heat Check – 0 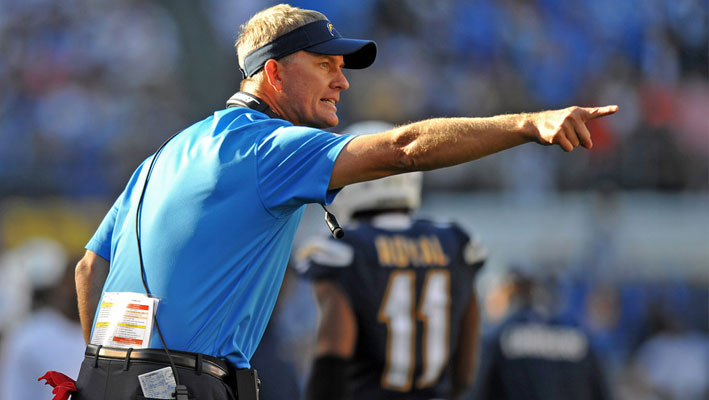 I’ll admit that I was a bit skeptical when McCoy took over as the head coach in San Diego prior to the 2013 season, but after watching him lead the Chargers to a pair of 9-7 records the last two seasons and a playoff berth in 2013, I’ve got to say that I’m a bit impressed. McCoy could enjoy even more success in 2015 now that the Chargers have a legitimate running back in rookie Melvin Gordon.Hot Seat Heat Check – 0
Older post
Newer post