NFL News and Rumors
It hasn’t been all THAT long since Mike Shanahan left Robert Griffin III in at quarterback in that playoff game way too long, given his physical status and the score of the game, and Griffin’s knee went out in a gruesome play. This pre-season, it looks like the Redskins coaching staff is at it again. When Griffin and the Redskins were taking on the Detroit Lions last week, the Lions were nailing Griffin every time he set up to pass. It was clear for NFL betting fans and everyone watching that given the poor showing the offensive line was puttig on, Griffin was going to get hurt if he stayed in.

“Cutting Griffin sooner rather than later is the only diplomatic choice” http://t.co/nl8rF9tiYY (via @JeffDarlington) pic.twitter.com/CVVAH2IaZv

In his five pass attempts that game, he was sacked three times, and he fumbled twice. He dropped back to pass eight times and was hit six times. He was getting hard contact every time he had the ball. Some of it has to do with the fact that he didn’t move much in the pocket, and some of it has to do with a ferocious Lions pass rush that doesn’t seem to miss Ndamukong Suh all that much. The Redskins offensive line basically seemed like it had decided to stop blocking as well, as wave after wave of Lions rush came roaring through after Griffin. 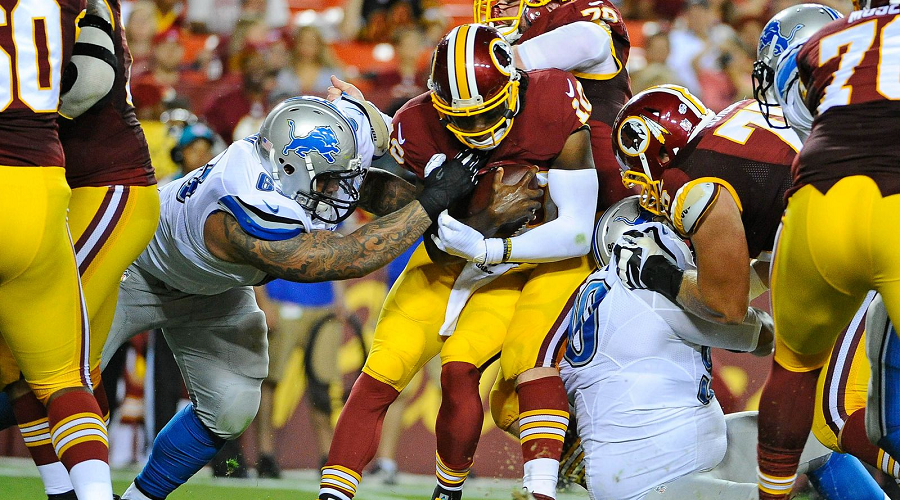 So how did the Redskins coaching staff respond? They sent him out for not two, not three but four drives. Griffin and the “Skins offense did not get any first downs except for the one when Alfred Morris scampered for 10 yards on the game’s second play. On the fourth drive, the Redskins faced 3rd and 16, and Griffin dropped back and then ran it to the inside of the field. He fumbled without any contact and then dove down to fall on the ball. In the scrum, he got a concussion – and a stinger in his shoulder. 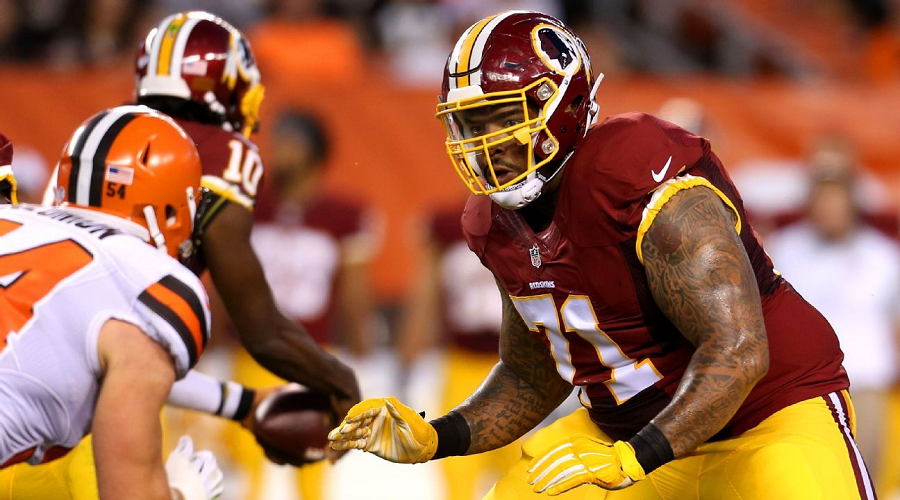 It’s true that the Redskins lost Trent Williams, but the offensive line in front of Griffin still had four starters from 2014. Even with Washington used a six-man front, it didn’t do much to help protection. The return of DeSean Jackson will help keep other teams from loading up on the blitz, but he has to have time to throw the ball if he’s going to throw it more than a couple of yards. 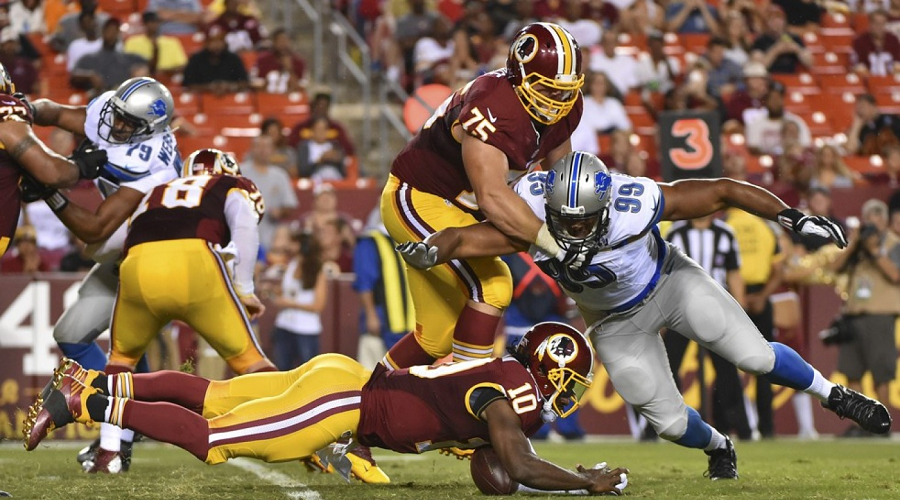 So why leave Griffin in the game so long when he’s getting nailed time after time? That pass play called on 3rd and 16 was ridiculous, given that Griffin was getting hammered on every drop back. Also, trying to convert that distance from inside your own 20 is difficult at best – and totally insignificant in a preseason game. 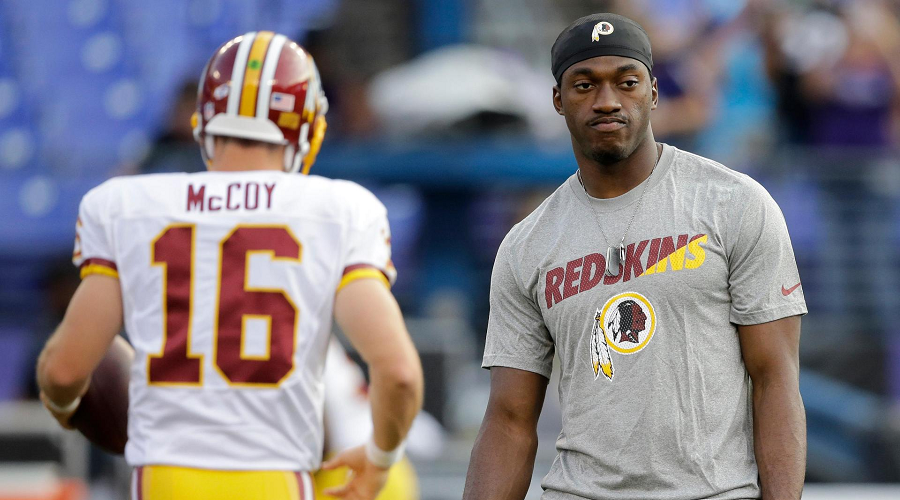 Replacing Griffin, Colt McCoy stepped in and led the Redskins on two good drive, one for a touchdown. The offense miraculously changed, too, with the plays now featuring rollouts, three-step drops and play action. Where were these plays when Griffin was on the field? These plays got the ball out quickly rather than giving the line time to load up and rush. If the Redskins can cut Griffin, they don’t owe him $16 million. Could this be cover for knocking him off the 53-man roster? Stranger things have happened.
Sources:
NFL.com: http://www.nfl.com/videos/nfl-game-highlights/0ap3000000513861/RGIII-takes-multiple-hits-vs-Lions
Redskins.com: http://www.redskins.com/news-and-events/article-1/Competitive-Colt-McCoy-Understands-His-Task/c7ea8d63-c2c4-4910-a2ff-8f088a75a1f8
Older post
Newer post