NFL News and Rumors
Following a praiseworthy 9-7 record in 2014, a mark attained despite suffering several injuries in their roster, there is a lot of hope that 2015 could even be a better year for second-year coach Bill O’Brien and the Houston Texans. But are the Texans really worthy of considering in the NFL odds for the teams to have a breakout year in 2015, or are Houston fans simply overambitious with their expectations? Read on as we give a brief analysis in the section below:

Best Defense in the League?

If you thought that the 2014 defense that ranked impressively at fifth in scoring defense and tenth in rushing defense was good, then wait until you meet their 2015 unit. Led by last year’s best defensive player in the league in J.J. Watt, the Texans have added more solid pieces, including veterans Vince Wilfork to take care of things in the middle of the defensive line and Rahim Moore to anchor the team’s safety department. Meanwhile, Houston re-signed their standout cornerback Kareem Jackson and drafted first-rounder Kevin Johnson to add more depth for the CBs. Not to forget, 2013 No. 1 overall draft pick defensive end Jadeveon Clowney is back from the knee injury that sidelined him for most of last season. Saying that the Texans could have the best defensive unit in the nation would thus not be an exaggeration, but rather a plausible reality waiting to happen.

Raise your hands if you miss football. So do we. WATCH: http://t.co/oXNAspUJsT pic.twitter.com/hSFr43tBNq

What about the Offense?

With newcomer Brian Hoyer and incumbent QB Ryan Mallet still battling for the starting role at the center, we’ll have to wait and see who gets the job in September. As an underlining statement, though, both QBs are serviceable, so they should be able to lead the Houston offense to at least an average offensive showing in 2015. The loss of Andre Johnson will be difficult to cope with, but the drafting of promising receiver Jaelen Strong should help offset some of that baggage. Other than that, the Houston fans can hope that Charlie Weis and Josh McDaniels (who were offensive coordinators in New England) will be able to work some offensive magic in Houston, especially in tailoring a good running game that can help relieve their passers. Either way, don’t expect a glittering offense, though after O’Brien managed 9 wins without strong quarterback play, he should be able to do the same again this year, right?

As a big relief to their shaky offense, the Texans boast of having the third softest schedule in 2015, so they should have no excuse of failing because of a cramped slate of games.At the start of the season, the Texans will be starting with games against the Chiefs, Panthers, Buccaneers and Falcons. The Texans haven’t had much problems against the above four teams, but assuming the much-improved Chiefs upset the Texans, then a 3-1 record should be possible.After that, the Texans will be going against the Colts, Jags, Dolphins and Titans. Again, another 3-1 record looks very possible here (probably with a loss to the Colts). Even so, I wouldn’t be shocked if the Texans beat the Colts in Houston and then somehow lose to the Dolphins. Either way, a 3-1 run should be possible here, bringing their record to 6-2 by Week 9.Following the Titans game, the Texans will be having a bye week, which they’ll definitely need IN A BIG WAY, as there will be a hell of a marathon for the O’Brien’s boys after that. From the bye, the Texans will be going against the Bengals, Jets, Saints, Bills, Patriots and Colts. 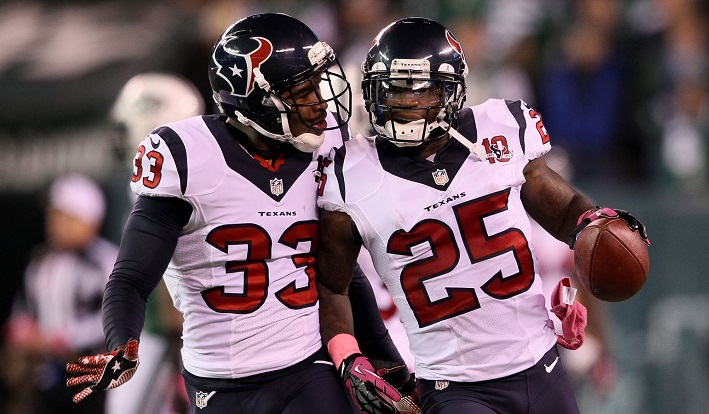 Now, apart from the Jets, Bills and maybe the Bengals, there’s simply no way the Texans will be hacking the rest of the above competitors, for obvious reasons. In that grueling 6-game stretch, I’ll be very generous and give them 2 wins.Finally, the Texans will get some season-ending relief, finishing with games against the Titans and Jaguars, which should both bring 2 more victories.So, at best a 10-6 record could be possible for the Texans, if they can live up to the expectations and win the games they are expected to do. At worst, an 8-8 or another 9-7 would be in the offing.

Final Remarks and Predicting the Texans in 2015

The biggest reason the Texans could be a good team in 2015 is their improved defense. Offensively, a number of players are expected to have breakout performances, which should also boost their year, though not in a big way. All in all, I expect the Texans to hang around the Colts and give them a tough time in the race for the AFC South crown. Coach O’Brien was a very good performer in his first year (with a wobbly team) and with a stronger team (especially in the defense), he should be able to give another good showing, if not lead the Texans to a better year with a chance at the playoffs. Nevertheless, the Colts should still be able to win the division, with the Texans coming in at a close second.Sources:ESPN.go.com (http://espn.go.com/nfl/player/_/id/13254/kareem-jackson)NFL.com (http://www.nfl.com/player/ryanmallett/2495443/profile)
Older post
Newer post