NFL News and Rumors
If you’re gearing up for the 2015 NFL betting season and you’re looking to gather as much pertinent information as possible on every team in the league, then you’re going to enjoy this expert analysis on the five burning questions surrounding the Arizona Cardinals (11-5 SU, 11-5 ATS, 5-10-1 O/U) as they get set for the upcoming season.Since haste makes waste and the start of training camps across the league is quickly approaching, let’s get started.

What does Carson Palmer have left in the gas tank?

Palmer is 35-years-old and played in just six games last season before going down with the second ACL tear of his career. Nevertheless, when he’s healthy, Palmer knows how to lead, even if his statistics don’t always bear that out. I personally believe the 11-year veteran will come back to play solid, if not outstanding football for Arizona in 2015, although I do believe the Cards are in for a slight step backwards.

Can the Cardinals reach the Super Bowl?: Brian Dawkins discusses whether a healthy Carson Palmer can lead Ari… http://t.co/ZKhFV5LT3t

Did You Know that, the year following his first ACL tear, Carson Palmer led the Cincinnati Bengals to a 10-6 record in 2009? 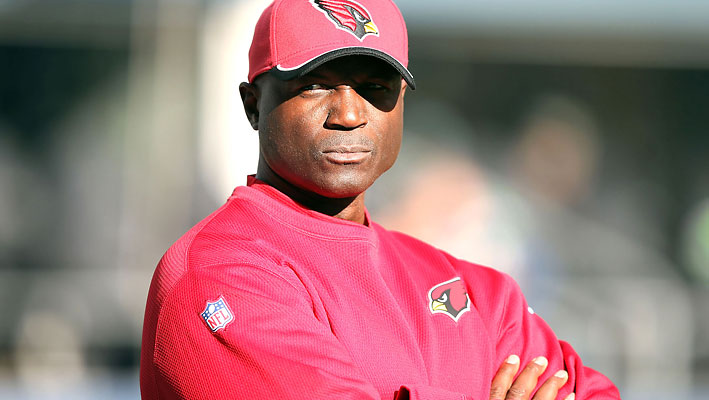 Will the defense succeed without Todd Bowles?

I’m a big believer in former defensive coordinator Todd Bowles and I suspect Arizona’s defense will take a step backwards in 2015 without him leading the way with his myriad blitz packages. New defensive coordinator James Bettcher is respected by many throughout the league, but he’ll be hard-pressed to match Bowles’ genius.

What does Larry Fitzgerald have left in the tank?

Here’s what a pair of former NFL stars – and one current one, think about Fitzgerald.Former San Francisco 49ers defensive back Eric Davis said “because of some of the quarterbacks he’s played with lately” he has fallen some recently. Former Denver Broncos star running back Terrell Davis had a slightly different take on Fitzgerald.“He is not the explosive receiver he used to be,” Davis explained. “He was an elite receiver. Taking a few steps back does not take a lot from him, but he is not the Larry Fitzgerald of , say, two or three years ago.”Current Seattle Seahawks Pro Bowl linebacker Bobby Wagner, whose defense faces the Cardinals twice a year, said “I think he is” still the player he used to be…it’s hard to get a rhythm”. 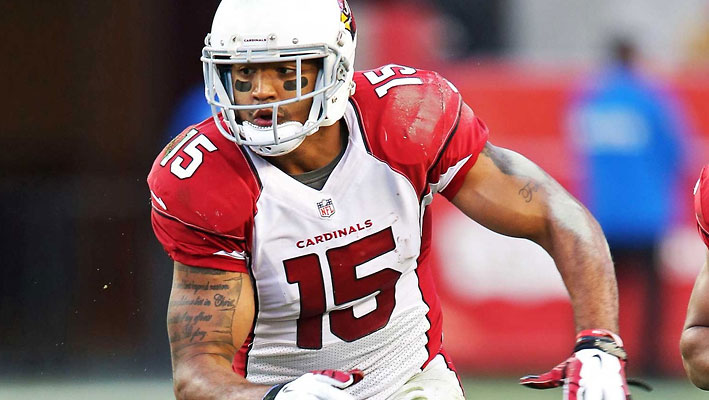 “He’s still an elite player you have to game plan against,” Wagner added. “If he was a player who didn’t have any respect, we would just ‘X’ him out on the sheet, but he’s somebody we game plan for. We have to know where he’s at because we know that he could make some plays if we don’t watch him.”

Who else is going to catch the ball?

Four-year veteran wideout Michael Floyd has a fine 2014 season in catching 47 passes for 841 yards and a stellar 17.9 yard average. The former Notre Dame receiver is 6-3 and 200 pounds, so he’s definitely got the size to produce in today’s game.No.4 receiver John Brown also had an impressive campaign in 2014, catching 48 passes for 696 yards and five touchdowns. Even with Fitzgerald slowing down a bit recently, Arizona looks like they’re in decent shape at the wide receiver position. Now, if only they can keep Carson Palmer upright and healthy.SourcesNFL.com (http://www.nfl.com/player/terrelldavis/2500330/profile)ESPN.com (http://espn.go.com/nfl/player/_/id/14908/michael-floyd)
Older post
Newer post