NFL News and Rumors
If you’re and NFL betting fan looking to increase your chances of cashing in on the Atlanta Falcons as they navigate their way through the remainder of the 2015 preseason and into the regular season, then you’re going to need to gather as much information about the rebuilding Falcons as possible – and that’s where I come in.You see, I’m going offer up three expert insights on the Falcons following their entertaining 31-24 Week 1 preseason win over Tennessee that could go a long way toward helping you cash in on Atlanta all season long.

I’ve got to give my Philly homeboy Matt Ryan some mad love after he went a perfect 6-for-6 for 86 yards with a 13-yard touchdown pass to Julio Jones in his only series of work against the Titans.Ryan and Jones connected four times on the drive for 61 yards and afterward, it was Ryan praising his gifted wide receiver, though I think it should have been the other way around.“He’s a beast and I’m lucky to call him a teammate,” said Ryan of Jones.For those that don’t know…Ryan is about as elite as it gets for NFL quarterbacks and certainly hasn’t been the reason the Falcons fell on hard times in recent seasons. Ryan finished fifth in passing yards last season (4,694), seventh in completion percentage (66.5) and 11th in quarterback rating (93.9) while tossing 28 TD passes and 14 interceptions.If Ryan and the Falcons aerial attack can get some decent contributions from their unheralded rushing attack, Atlanta could potentially have one of the very best offenses in the league in 2015.

Atlanta ranked dead last in total defense a year ago and an identical 32nd against the pass while also ranking 27th in points allowed (26.1) The Falcons fired former head coach Mike Smith and brought in former Seattle Seahawks defensive coordinator Dan Quinn to help improve their porous defense and get them back into legitimate relevancy in the NFC. 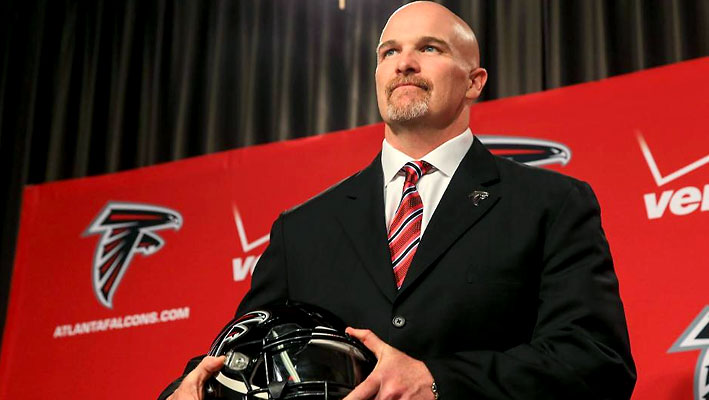 If their preseason opener is any indication, then it looks like Atlanta is going to be far more respectable defensively than they’ve been in a long time. Linebacker Justin Durant picked off prized Tennessee rookie Marcus Mariota on the Titans first drive while linebacker Paul Worrilow picked up a Mariota fumble and took it 14 yards to the house on the Titans’ second drive.While talented linebacker Vic Beasley, the eighth overall pick in the draft, was relatively quiet on the night, finishing with just one tackle, I’d say the Falcons were pleased with their first preseason performance. Besides, Atlanta’s defense has literally nowhere to go but up.

I know Atlanta played their preseason opener without its top two running backs in starter Devonta Freeman and talented rookie backup Tevin Coleman, but I’m going on record right now to say that, until I see otherwise, I genuinely believe the Falcons should look to sign former Baltimore Ravens running back Ray Rice.Young backs, Jerome Smith and Terron Ward looked absolutely pedestrian against the Titans, giving me cause for concern, although I will say that I really like Tevin Coleman and believe he’s got a chance to be a quality starter at some point in the near future.Smith rushed for 25 yards on seven carries while Ward added six yards on three carries while Michael Ford rushed 11 times but was limited to a paltry 20 yards. Rice has got a chip the size of Mount Rushmore sitting on his shoulders right now and I believe everyone deserves a second chance people. All I know is that adding the veteran back to a stable that is kind of underwhelming right now, couldn’t hurt.
Older post
Newer post