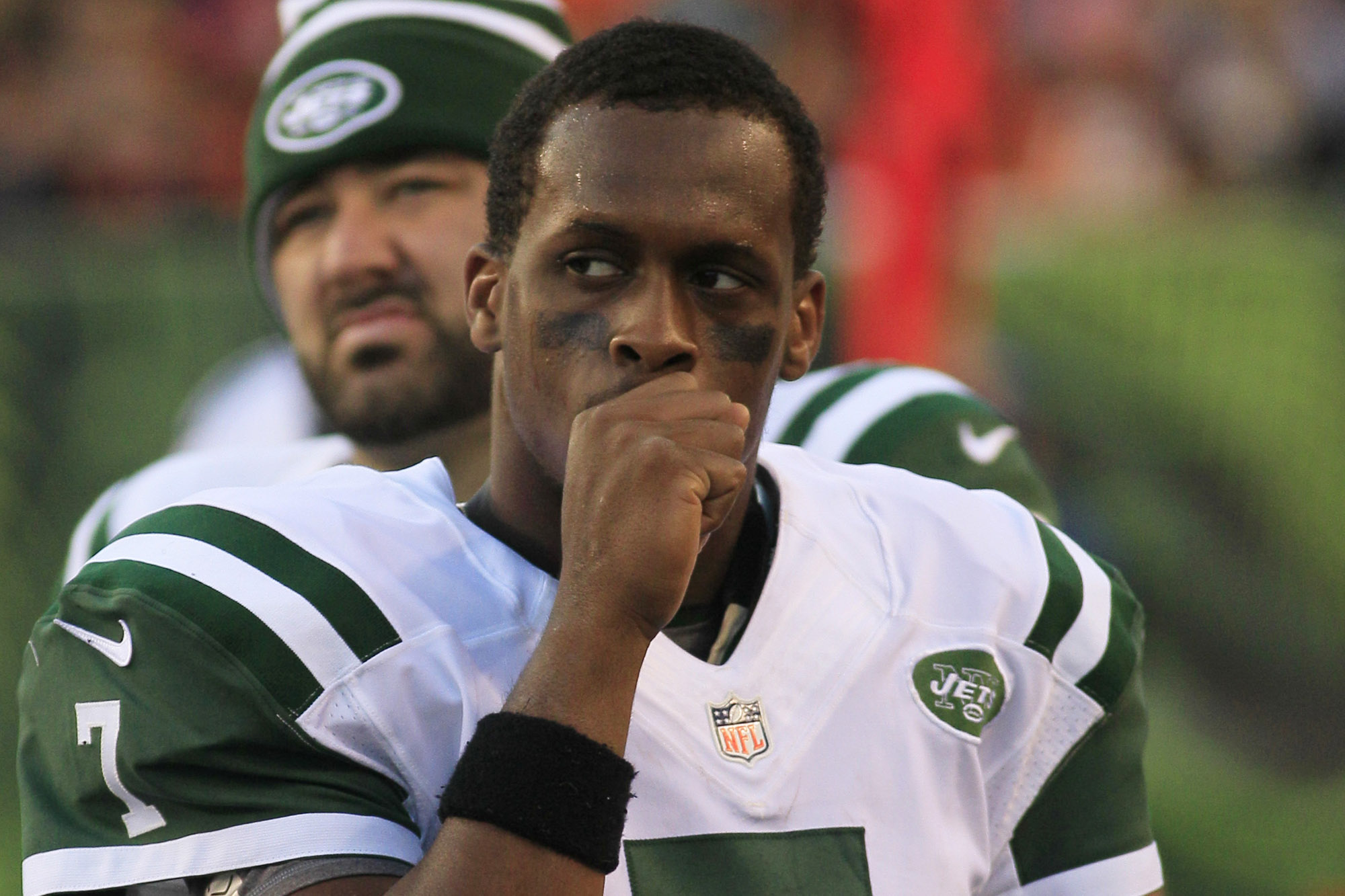 NFL News and Rumors
It hasn’t been a good season for the NY Jets or their fans. The latest 31-17 loss to the Denver Broncos is a bad omen for the team. They’ve lost five straight games, including a 31-0 blowout to San Diego on Week 5, and are on the verge of becoming one of the biggest disappointments of the season. From a football betting perspective, the only good advise I can give is to bet against them.Coach Rex Ryan has been named as the sole responsible for the team’s meltdown, but the reason behind’s the Jets’ poor performance has many names and faces. In fact, last week’s loss to the Chargers was somehow revealing, even when it was a painful game to watch. The offense sucked. So did the defense. Geno Smith looked clueless and was benched at halftime for Mike Vick, but that didn’t improve the situation and the truth is that Rex Ryan should have benched his whole team and go home.They look bad, and by that I mean awful. They own one of the worst offenses in the NFL ranking 30th in points and 27th in total yards per game. On top of that, they also have one of the worst red zone scoring percentages in the league. For instance, during Week 3 27-19 loss to the Chicago Bears, the team was a pitiful 1-for-6 in red zone opportunities.But the Jets’ problems go beyond their poor game stats. The AFC East isn’t the old division we used to know. It has developed into a strong division, with the Bills and New England holding the lead at 3-2. The Jets are last at 1-4, and the season is pretty much over unless the teams finds a way to fix the long list of issues and grow some confidence in the coming weeks.The problem for Geno Smith and company is that the team is about to enter a tough stretch of games, and the chances of seeing some improvements from one week to another are more than thin. Right after the Denver Broncos game on Week 6, the Gang Green is set to face two divisional foes: the New England Patriots and the Buffalo Bills. The calendar also includes games against the KC Chiefs (Week 9, Arrowhead Stadium) and the Pittsburgh Steelers (Week 10, MetLife Stadium).Adding to that, fans are tired of hearing nothing but excuses from Ryan and his players. The last time they played at MetLife Stadium, QB Geno Smith and the rest of the team were booed following a 24-17 loss to the Lions on Week 5. A week later Smith missed a team meeting before a 31-0 loss to the Chargers, which caused even more frustration. Fans are desperate for a change, and the only way that can happen is if Ryan benches Smith permanently.

Is Geno Smith the right guy?

Smith’s lack of production is a big issue for the Jets, but other concerns are not far behind. If you’ve been following the NFL then you probably know that Smith has been a controversial player since his arrival to the Jets, and each time has been for the wrong reason. It all started during the 2013 NFL Draft when he former West Virginia quarterback was projected to be a first round pick. Against the expectations, he ended up getting drafted 39th overall. Smith responded by firing his agents, which raised questions about his maturity, capacity as team leader and his work ethics.

What’s next for the Jets?

The Jets are one step from going 1-5, but while the numbers look really bad, there is an opportunity for improvement. I’m not implying at any instance that they will go and win Super Bowl XLIX ; all I’m saying is that not everything is lost for the Jets. The first step is to recover key players. Veteran cornerback Larry Hills, Wide receivers Nelson David and Eric Decker and Linebacker David Harris remain questionable for the coming games. In addition, Dee Milliner, who was drafted ninth overall in 2013, became the latest setback for the injury-plagued Jets after leaving the game vs. Denver due a ankle injury.At this point of the season, the Jets have absolutely nothing on the line, so they should focus on improving their performance and get to a higher level.  The road they face isn’t easy, but the lame excuses, idiotic mistakes and lack of effort and commitment we’ve been seeing week after week can’t be tolerated anymore. So we’ll see what comes in the next weeks.
Older post
Newer post