NFL News and Rumors
By now, it is well established that, even with the monumental importance of other positions in a team, the quarterback distinctly plays the most important role. The value in of these quarterbacks in NFL betting is not just limited to the starters, but it also extends to the backups as well. Take the 2014 season for instance, the majority of the highly paid starters in 2014 were starting quarterbacks.For the backups, Buffalo’s Kyle Orton was the highest paid backup quarterback in 2014, earning $5 million for his services. Considerably low when compared to the massive figures racked up by the starting QBs, Orton’s money was still better than most of the top salaries earned in other positions.

NFL Quaterbacks NFL Gambling Fans Should Keep an Eye On

Now, whereas money is not the only factor in assessing a player’s value, there is no doubt that it greatly tells a lot about the player’s potential and his value to the team. A good example is Green Bay’s starting QB Aaron Rodgers, the highest paid player in 2014, who went on to have a monster season, taking his team to the conference finals and earning himself the NFL MVP award of the 2014-15 season. Therefore, although the our list of most valuable backup quarterback given below will be focusing on skills and the expected input of the players, the aspect of salary will also be duly considered. That being said, let’s get down to the list, shall we?

With the unreliable Geno Smith named as the starter in New York, you can be sure that before Week 7 of the 2015 NFL season, Fitzpatrick will have at least a game or two under his belt as a starter. Comparing Fitzpatrick’s numbers and those of Smith, Fitzpatrick is a far-much better quarterback than Smith. For example, in the past two seasons, Fitzpatrick has a better starting record (9-12 to 11-18), a stronger passer rating (88.3 to 71.5) and a superior Total QBR (55.4 to 35.7). His value should thus be easily felt in the team once Smith blunders in his starting role and the Jets decide to give Fitzpatrick the starting role in the course of the year.

Carson Palmer is back from his 2014 season-ending ACL injury and is looking to lead the Cardinals to another solid run in 2015. In 2014, he led the Cards to a 6-0 start, but upon suffering the season-ending injury, Stanton (his backup) took over and compiled a respectable 3-1 run as a starter in four games, before he also suffered a season-ending injury in December and third-string QB Ryan Lindley carried the team for the remainder of the season. In the 5 total games he started for Arizona in 2014, Stanton passed for 1,711 yards with a 55.0 pass completion percentage and 7 TDs against 5 picks. At age 35, and coming off his second knee surgery, Palmer is a high-risk starter, so Stanton is likely to be in a strong mix as possible starter or relief player for the aging and injury-prone Palmer.

After spending four seasons with the New York Jets as their starter, Sanchez is now with the Eagles, where he will most likely be playing as a backup to Sam Bradford, with Tim Tebow also in the mix as a backup. Besides helping the Jets to an 11-5 record in 2010 and an appearance in that season’s conference finals, Sanchez has struggled to make his mark as a starter. But with the promising signs he’s showing in Philly, Sanchez is without doubt going to be one of the best backups in the league in 2015. 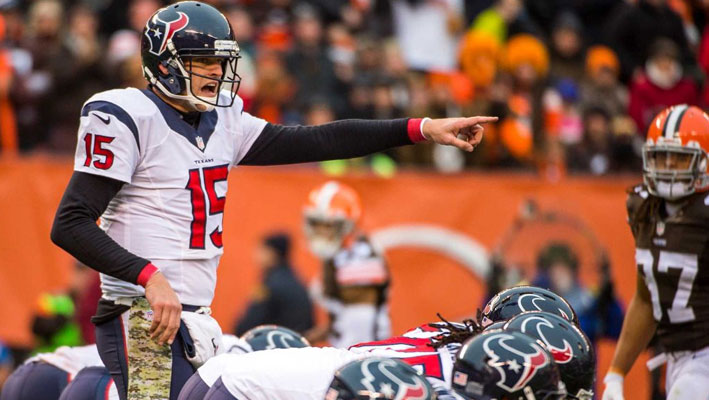 Since Brian Hoyer transferred to Houston in the offseason, the general consensus among NFL pundits has been that the former Cleveland starter will be getting the starting role in the Texans’ offense. To his credit, Hoyer impressed his new team with good passing skills. However, over the recent times, there has been solid competition between Hoyer and Mallett for the starting role, with Marty Gitlin of CBS Sports describing their QB derby this week as being “neck-and-neck.” Head Coach Bill O’Brien has also said that he is impressed by how Hoyer and Mallett have been practicing on the field.“These two guys are competing really well; they’re very bright guys,” said the coach, who is also the team’s offensive coordinator. “I think they’ve both had really good springs. … [The starting quarterback] might be named next week. He might be named after the Redskins three days of practice. It might be after the San Francisco preseason game.”Going by the developments so far, Hoyer is likely to get the starting job, though there’s no ruling out Mallet from possibly getting the job as well. Whatever happens, be sure that whoever gets the backup role will be someone worth watching.

Like in Houston, the duel for the starting quarterback role in Buffalo is yet to be decided. Throughout the team’s offseason trainings, Cassel and Manuel have been rotating the QB roles in practice, with Tyrod Taylor also looking to be a sharp contender for the starting job. As thing stand currently, Cassel (an 11-year veteran) boasts of superior experience in the league and better career numbers than Manuel and Taylor, which should give him the edge for the starting role. But then again, things could once again change as the offseason develops, so all we can do now is to wait and see what happens, with the No. 1 backup quarterback spot guaranteed of having a worthy candidate.Other Good Value Backup Quarterbacks to Watch Out For in 2015:• Chase Daniel, Kansas City, Salary: $4,800,000• Shaun Hill, Minnesota, $3,250,000• Zach Mettenberger, Tennessee Titans, $2,345,116• Colt McCoy, Washington, $1,375,000
Older post
Newer post