The Cincinnati Bengals (10-5-1 SU, 8-7-1 ATS, 6-10 O/U) have reached the postseason in an impressive four consecutive seasons. Unfortunately for Andy Dalton and company, they’ve been a proverbial bridesmaid each and every time by losing in the Wild Card round.Now…only one question remains as Marvin Lewis’ squad gets set for the 2015 regular season. Can the Bengals become beautiful brides or will they remain semi-attractive bridesmaids for another season?We’ll answer that question and much more in this expert Super Bowl Odds betting breakdown on everything Cincinnati Bengals related.

The GoodThe good news for Bengals fans this past season was the fact that, in spite of posting some really pedestrian statistics on both sides of the ball, Cincinnati still managed to record a pair of winning SU and ATS marks. 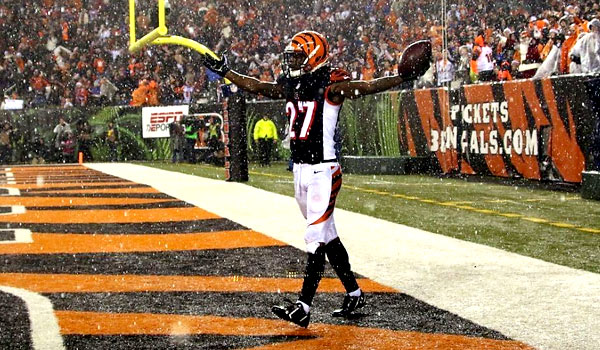 Even better was the fact that Cincy apparently found its new star running back with rookie Jeremy Hill pretty much coming out of nowhere to rack up a fantastic 1,124 yards while averaging a jaw-dropping 5.06 yards per carry.After not getting more than 15 carries in his first seven games, Hill busted out with a 154-yard effort in Week 9 before going on to record four more 100-yard-plus efforts over the Bengals’ final nine games.The BadThere was plenty of bad news for the Bengals as well in 2014, starting with the fact that this team just can’t seem to get out of its own way come playoff time. Not only that, but for me…it’s the way the Bengals lost each of their Wild Card matchups that really is sickening, including last season’s convincing loss against Indianapolis. Cincinnati has been held to an identical 10 points in three of their four most recent playoff losses while scoring just 13 points in their 2012 postseason loss against Houston. 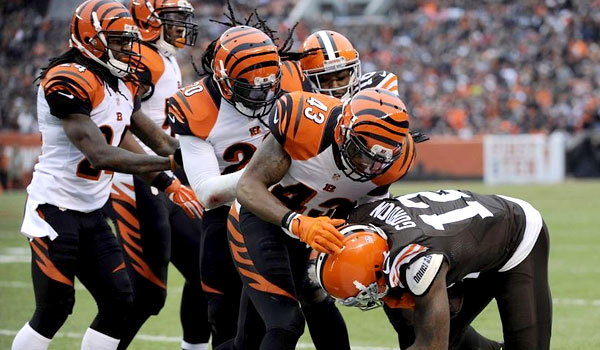 The UglyCincinnati ranked just 21st in passing, but it is on the defensive side of the ball that they really struggled under defensive mastermind Marvin LewisCincinnati finished the regular season ranked 22nd in total defense, and an identical 20th, against the run and pass. If they want to take the next step forward and really challenge for a spot in the AFC title game at the very least. 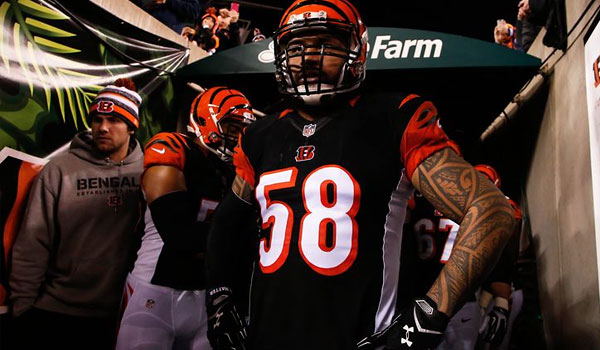 LinebackerMiddle linebacker Rey Mauluga is a definite keeper and the leader of Cincinnati’s defense. However, fellow linebackers Vincent Rey and Emmanuel Lamur showed their inexperience in a big way this past season.Unless these guys start playing ‘lights out’ all of a sudden, I am going to remain cautious at best for the Bengals’ linebacking core. Ultimately, I do expect Lewis to replace one or both of these talented but inexperienced linebackers before the start of the regular season.Defensive EndCarlos Dunlap is a stalwart at the left end position, but Wallace Gilberry isn’t getting it done on the right side and probably shouldn’t be starting over veteran Robert ‘Jumpy’ Geathers in my estimation. 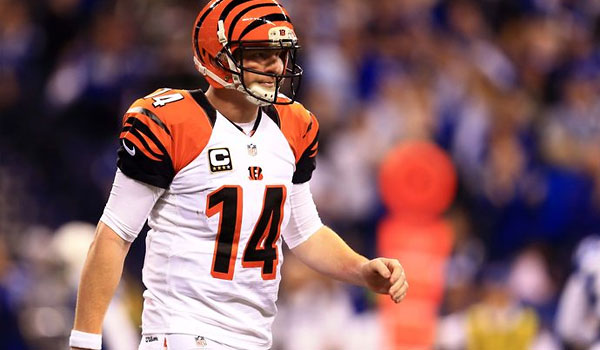 Defensive TackleThe Bengals also have one stud at defensive tackle in youngster Geno Atkins, but fellow starter Domata Peko left a lot to be desired and could be let go.

Tight EndThere’s no denying that tight end Jermaine Gresham is a supremely talented athlete. There’s also no doubting that Gresham has consistently underachieved since being drafted by the Bengals with the 21st overall pick in the 2010 NFL Draft.Wide ReceiverSure, quarterback Andy Dalton has one of the game’s best wide receivers in A.J. Green, but the Bengals undeniably need another wideout opposite of Green in order to free up their game-breaking superstar. Unfortunately, I don’t think that young receiver Mohammed Sanu is the answer, at least not at this point of his career. Sanu had a solid, 56-catch rookie season, but that wasn’t enough for the Bengals to pass the ball as effectively as they’d like. 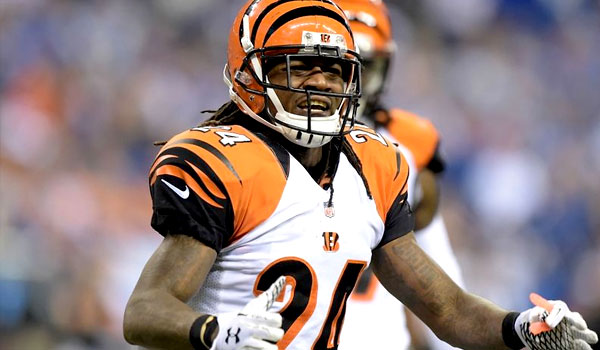 Oh…did I forget to mention that re-signing the aforementioned A.J. Green is of utmost importance?

While Cincinnati will play the second toughest schedule in the league next season, behind only AFC North division rival Pittsburgh, I still like the Bengals to reach the double-digit win mark, even if it is a lot harder to pull off than in past seasons.The Bengals will get a big-time break when they take on four new coaching staffs on the road in Buffalo, Denver, Oakland, and San Francisco, a quartet of games they look like they have a very strong chance of going 3-1 in. 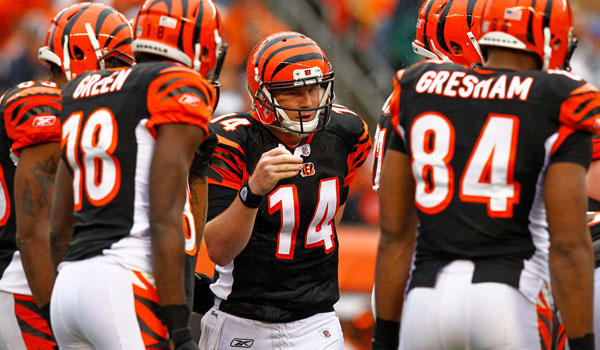 Cincinnati’s 8-7-1 ATS mark was solid, if not eye-opening and I think they’ll reach at least nine ATS wins in 2015 just like they did in 2012 and 2013.No matter how well the Bengals fare against the spread, they’re going to be one unhappy bunch if they fail to win a playoff game for the sixth straight season in a row.
Older post
Newer post