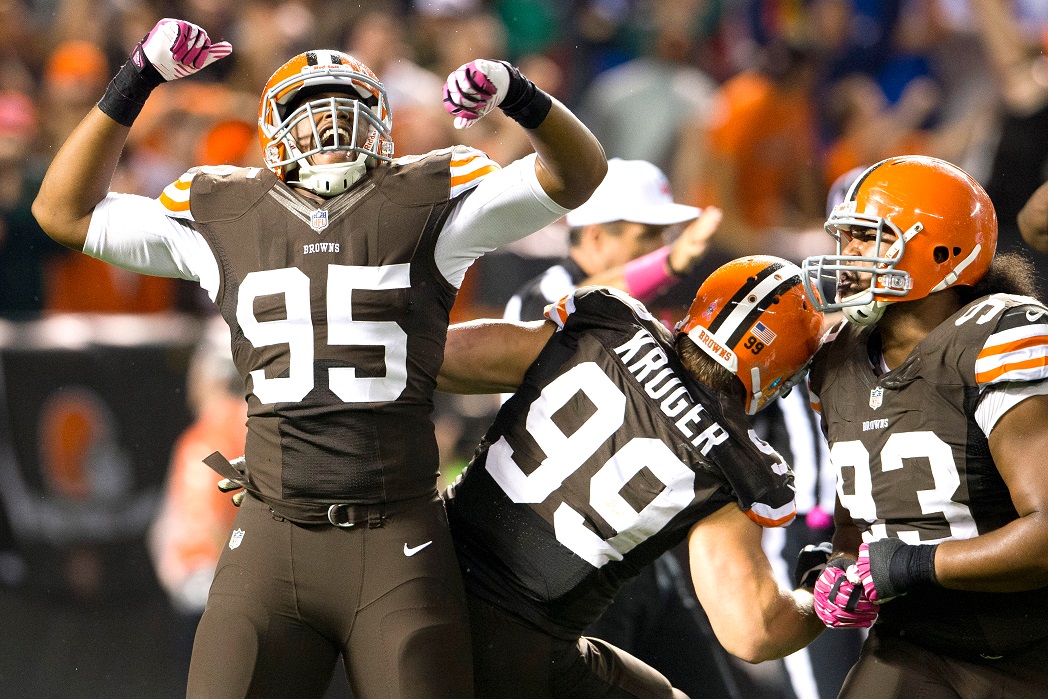 NFL News and Rumors
A lot of betting pundits love to pull you in with their lock of the week picks, only to end up apologizing for their mistake after the fact. Making correct picks in a league that has become known for its parity is tough enough, but guaranteeing a pick makes it nigh on impossible. There are no guarantees made here, but here are three games in Week 11 where the favorite had a very solid chance of covering the early NFL betting odds.Houston Texans vs Cleveland Browns
Date/Time: Sunday, November 16, 1:00 PM
Location: FirstEnergy Stadium, Cleveland, Ohio
Anyone predicting that the Cleveland Browns would be atop the AFC North after the halfway mark of the season would likely have been declared crazy. Those folks would now be considered crazy like a fox, as that is exactly where the upstart Browns find themselves. The whole Johnny Manziel media circus was not allowed to develop, allowing this team to focus on playing solid football. They are on a 3-game win streak, and this week welcome in a Houston Texans team that has only won 1 of their last 5. The Texans are a paltry 1-4 as an underdog this season, which makes the Browns as a 3-point favorite a pretty solid pick.Game Odds:TEXANS: +3+105, OV 42 ½ -110BROWNS: -3-125, UN 42 ½ -110 Oakland Raiders vs San Diego Chargers
Date/Time: Sunday, November 16, 4:05 PM
Location: Qualcomm Stadium, San Diego, California
The San Diego Chargers have seen their season go off the rails with 3 straight losses, and they need to start winning right away if they are to have any shot at the playoffs. The good news for the Chargers is that the winless Oakland Raiders are who comes next on the schedule. The biggest early line for Week 11 was handed to the Chargers, as they are 10-point home favorites. That is a line that they really shouldn’t have any difficulty hitting.Game Odds:RAIDERS: +10-110, OV 45 -110CHARGERS: -10-110, UN 45 -110What might be more surprising than the Browns sitting atop the AFC North is the Cincinnati Bengals sitting at the bottom of it. Most people viewed them as the favorites to walk away with the division, with some even believing that they could nab the AFC crown. While having A.J. Green out for an extended period of time has hurt them, the fact is that the Bengals just really haven’t played well on either side of the ball. They have a particularly difficult trip ahead of them this weekend, heading into New Orleans to face a Saints team that is becoming increasingly desperate with each passing week. The Saints are a 7-point favorite, which is a number I believe they can overcome quite easily.
Older post
Newer post