NFL News and Rumors
Too early to wager on the Super Bowl 50 odds? Nah, it’s never too early to make money, especially when you are guaranteed to get better earnings with early bets, rather than waiting to follow the Tom-Dick-and-Harrys who leave it until late when the price is too hot to handle. Plus, the last time I talked to the NFL betting gurus, I was told the prices are going to move pretty fast and steeply once the free agency trades start to fly around and the draft season gets underway. Imagine this scenario; Marcus Mariota is somehow traded to the Eagles. How fast do you think the Philadelphia’s Super Bowl 50 price will shoot up? While you chew on that, let’s take a look at some of the best odds for NFL currently available for those looking to cash in from the Super Bowl L, which should be here with us in no time, going by the busy offseason.

Russell Wilson and Co. will be attempting to do something that only two teams in the league’s history managed to do—play in three back-to-back Super Bowls. The first of the two teams was the Miami Dolphins, who lost to the Cowboys 24-3 in Super VI, then came back in the following year to win 14-7 over the Redskins, and completed their hat-trick of successive Super Bowl appearances with a 24-7 win over the Vikings. The other team was the Buffalo Bills, who made four straight Super Bowl appearances between 1991 and 1994, yet lost all those games. 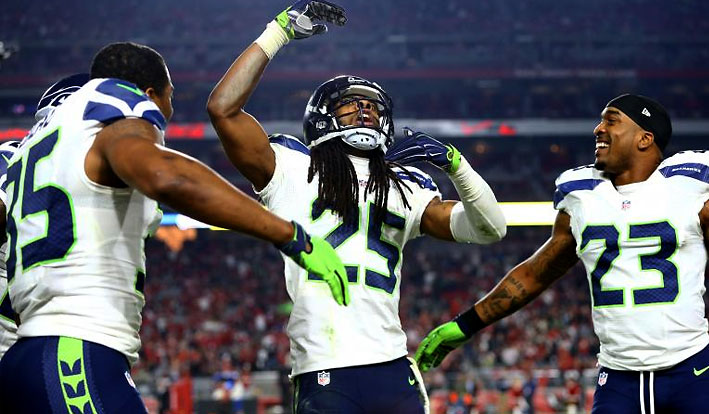 Back to the Seahawks, who’ve been favored to win next year’s Super Bowl, a.k.a. Super Bowl L, there is a lot of hope in the fact that their star running back Marshawn ‘Beast Mode’ Lynch is likely to be back in Seattle’s squad in 2015 after he reportedly agreed to a deal with the Seahawks. Therefore, although they’ll have to do without coordinator Dan Quinn who moved to Atlanta, their strong Super Bowl run in the last two years (including a Super Bowl trophy, two conference trophies and two divisional trophies) should motivate them for another solid 2015. At the price of 13/2 in our Super Bowl 50 Odds , I’d say jump on the odds right now and don’t look back, unless you are fan of the teams below. 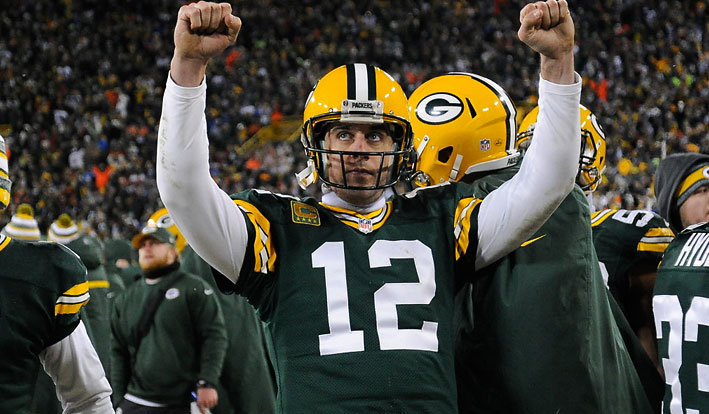 Surely, the Green Bay Packers should have defeated the Seahawks at the 2014-2015 NFC title game. However, as fate had it, Aaron Rodgers was not fully fit and the rest became history. As has been tradition in their division over the recent years, the NFC North crown is usually Green Bay’s to lose, with divisional rivals like the Lions, Vikings and Bears barely offering any solid competition. That, therefore, leaves us with the question of Green Bay hacking next year’s playoffs to reach the finals—can they do it? Most definitely. As long as Rodgers stays healthy and coach Mike McCarthy strengthens his defense, the Packers’ chances of rebounding in a big way in 2015 should be very solid, probably even the solidest in the entire NFC. At 10/1 odds, Green Bay is not only affordable, but also a very worthy pick to go the distance and help bettors make good value of -130 early Super Bowl spread for the NFC in winning the Lombardi Trophy. 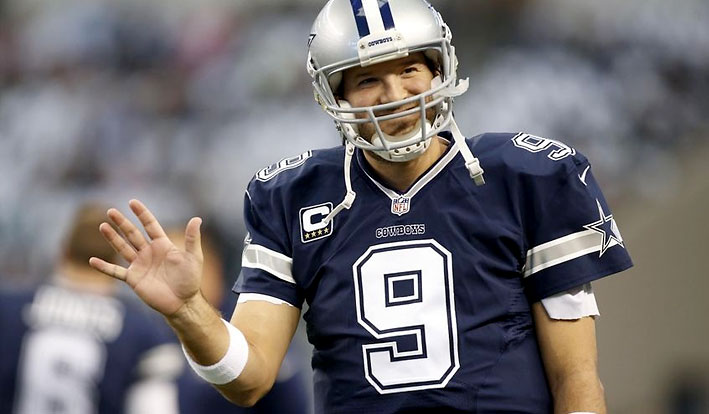 Some Dallas fans recently told me it’s hard to trust a team led by coach Jason Garrett who is like Arsenal’s Arsene Wenger—a bright coach, but can’t seem to find new ideas of moving the club forward from its near-success stagnation. That reminds me of this Fox Sports article that I read last year claiming “Jason Garrett is an idiot” and should be canned. Not my words by the way. With all the Free Agency uncertainties surrounding DeMarco Murray and Dez Bryant, I’m not sure which kind of Dallas players we will be seeing next year. But knowing Wenger (and therefore Garrett by extension), and also bearing in mind that the Cowboys are perennial playoff contenders, I figure Dallas should be in the Super Bowl 50 mix and their 20/1 odds are very befitting for the Cowboys’ supporters. 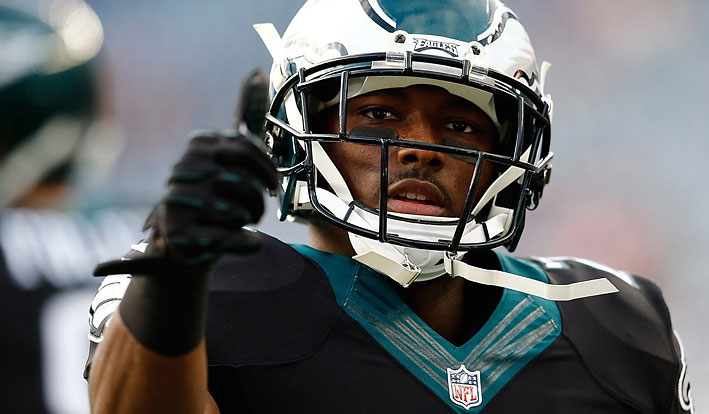 The trade of tailback LeSean McCoy sparked a lot of reactions, with some Linemakers supposedly even lowering the Eagles’ price. Personally, I don’t see if the trade was that big of a deal, considering McCoy was just a two down back last year. Chip Kelly is known to be a great tactician and there has to be a good reason for him to make such a deal, which I am sure we will find out sooner or later in the offseason. That aside, Nick Foles coming back strongly from his injury or even a trade up for Mariota could help Philly contend strongly through their  20/1 odds for NFL Super Bowl 50, particularly if you consider that the Eagles had a good winning season yet Foles was not operating at an elite level. 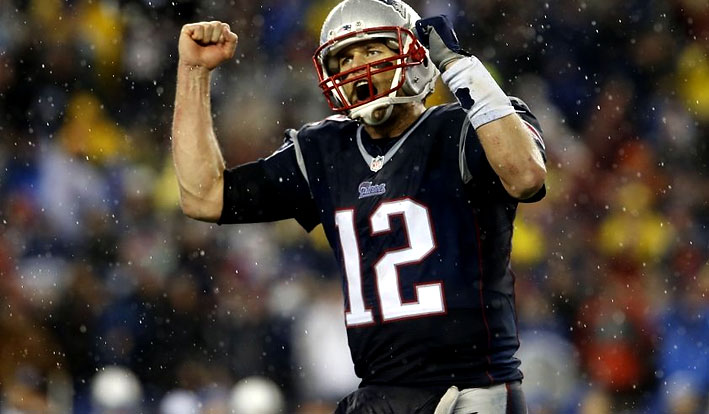 Though he is in his sunset football years, Tom Brady is still bright enough to refract the NFL waters and dazzle football lovers with some rare rainbow-like performances. Even after he and the Pats were accused of the deflategate scandal, he was still able to lead the Pats past the Seahawks with rightfully-inflated balls. If you add Brady’s four Super Bowl rings to the talent of Rob Gronkowski, Julian Edelman, LeGarrette Blount and hopefully Darrelle Revis (if the Pats manage to keep him); then coach Bill Belichick should be able to lead another high-tempoed Super Bowl orchestra in 2015. And last time I checked, the Pats have been bossing the AFC East, so another deep playoff run should be very possible for them as they look to pay early NFL bettors through their alluring 8/1 odds for the Super Bowl. 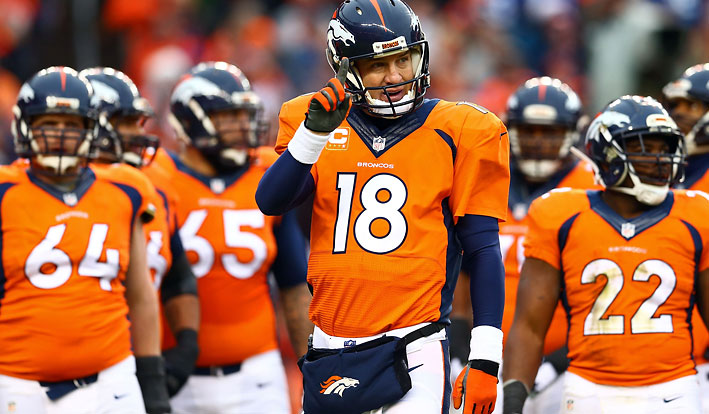 Like his arch-rival Tom Brady, the five-time MVP Peyton Manning has a far-spent career, but I still he has one or two good years left in him. With his future at Denver being a reportedly done-deal that is only waiting for a few pen-and-paper issues to be finalized, the Broncos should now be able to focus on strengthening the areas that saw them lose to the short-handed Colts in the 2014 playoffs. But even with such rebuilding issues still pending (which are likely to be eventually solved anyway), I would not hesitate to back their 10/1 odds, especially with the former Denver quarterback and assistant coach Gary Kubiak taking the new head coach duties with the club. 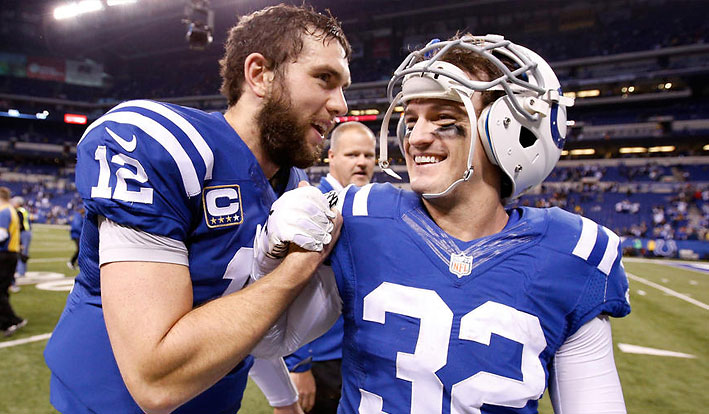 I am not sure how long Andy’s Luck will keep on running with the Colts, but as long as he is putting elite numbers at the quarterback position like he did in 2014, I have no problem with bettors riding on that luck (while it still lasts) and taking advantage of Indianapolis’ cheap 20/1 odds for the 2016 Super Bowl betting. Luck single-handedly led Indianapolis to the conference title game, while passing for 4000-plus yards in the regular season. If Indianapolis’ defense can be improved, and a few good runners are incorporated in the offense, the Colts should have another solid season, especially because they have the second-easiest NFL schedule in 2015. 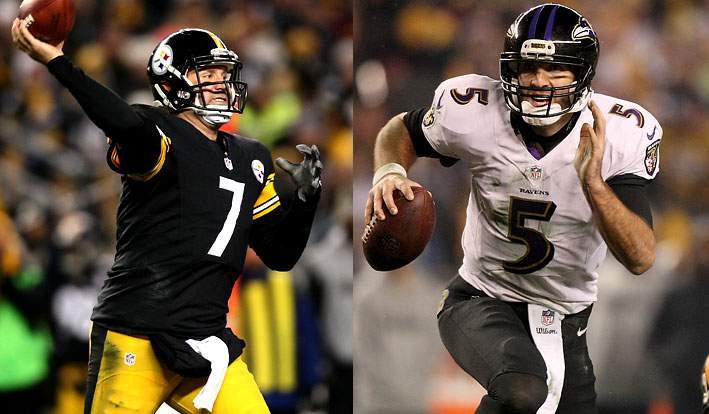 Both the Steeler and Ravens are at 35/1 odds for next year’s Super Bowl and they both played more-or-less the same way last year, winning almost the same number of games, and doing so because of the strength of their quarterbacks. In 2015, I see the situation playing out rather similarly, with both teams probably posting 9 or 10 wins to make it to the playoffs. As the offseason progresses, I’ll be able to give a more decisive analysis about which of the two will come out on top in the AFC North and go deepest in the playoffs en route to the 2016 Super Bowl, but for now, feel free to pick any of them because they are both likely to feature strongly in next year’s postseason mix, like they did in 2014.
Older post
Newer post