NFL News and Rumors
Are you an online betting enthusiast that wants to get a super early jump start on your 2015 wagering campaign? Do you want to know which teams stand the best chance of actually cashing in on their 2015 Super Bowl 50 Futures Odds?Well, if you answered ‘yes’ to either of the aforementioned queries, then you’re in luck!You see, thanks to this MyBookie.ag original betting breakdown, on my top six teams that could bring home the bacon this coming season, you’re going to have a great idea of which teams or teams to place your futures odds betting bucks on, long before the 2015 season ever gets started.With that said, let’s get started.

Forget about Pete Carroll’s boneheaded decision that cost the Seahawks (12-4 SU, 9-6-1 ATS, 8-8 O/U) what looked like a sure-fire victory in Super Bowl 49 and remember my words. The Seahawks, more so than any Super Bowl champion in recent memory – are built to win for the long haul.Seattle has a core of outstanding young players they’ve managed to keep together for the better part of the last four seasons and that’s not an easy task to accomplish in today’s salary cap-happy times.The Seahawks also wisely added Pro Bowl tight end Jimmy Graham from New Orleans and I expect the hybrid receiver to pay big dividends immediately for still-blossoming quarterback Russell Wilson in 2015.Seattle made an even wiser move by re-signing superstar running back Marshawn Lynch to a lucrative deal that will likely keep the often-enigmatic star in Seattle for the remainder of his career. 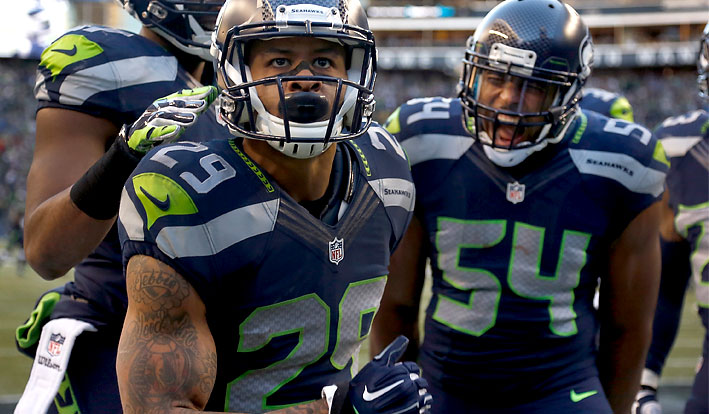 Make no mistake about it NFL gridiron gamblers; at +600 the Seattle Seahawks are likely the best pick on the board to win it all in 2015.

The Patriots are offering a nice, +650 return if they can bring home the bacon in Super Bowl 50, but I think the odds of that actually happening are against them. Yes, I know the Pats have arguably the best quarterback in the game today in future Hall of Famer Tom Brady and that they’ll almost assuredly record another double-digit win campaign in 2015, but with no repeat Super Bowl winner since the Pats pulled off the feat a decade ago, I’m thinking some other AFC title contender will represent the AFC in Super Bowl 50. 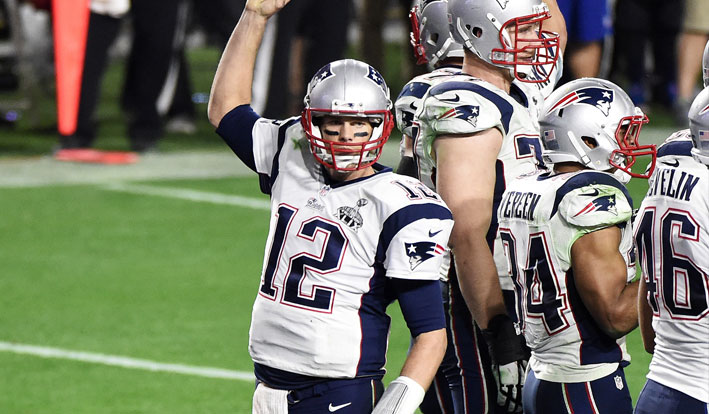 The Green Bay Packers will definitely have the motivation to reach Super Bowl 50 after suffering a heartbreaking loss to Seattle in the NFC Championship game. The Packers wisely re-signed coveted wide receiver Randall Cobb and offensive lineman Brian Bulaga to and I expect both to pay big dividends for future Hall of Fame quarterback Aaron Rodgers. The Packers are right where they should be in my estimation as the No. 2 pick on the board to win it all out of the NFC. 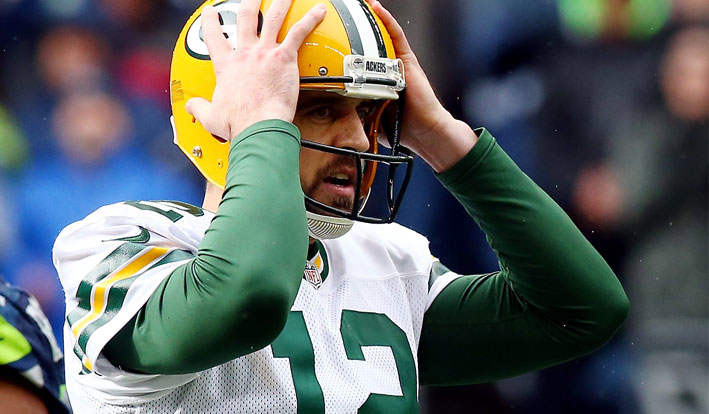 Peyton Manning will be under center for another season in 2015 and I believe Manning will lead Denver (12-4 SU, 8-8 ATS, 10-6 O/U) to another double-digit winning campaign, but beyond that, I have absolutely no confidence that Manning can reach Super Bowl 50…and I’m not even talking about winning it all.  The fact of the matter is that Manning has far underachieved what he should have accomplished in the playoffs, often flaming out when he had teams, both in Indianapolis and Denver that looked more than capable of reaching the Super Bowl. I’m going to reserve judgment for now, but again, I don’t have much faith in Manning or the Broncos. 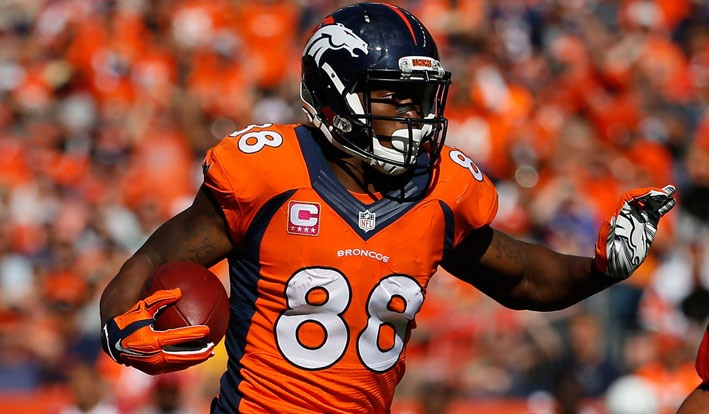 The Colts (11-5 SU, 10-5-1 ATS, 9-7 O/U) and young quarterback Andrew Luck have the look of a young team that keeps inching closer to a Super Bowl appearance – if only they didn’t keep getting stopped by the genius of Bill Belichick and Tom Brady. Still, I believe in Luck and the fact that the Colts have the next-to-easiest schedule in the league in 2015, I think they’re a great wager to win it all in 2015. 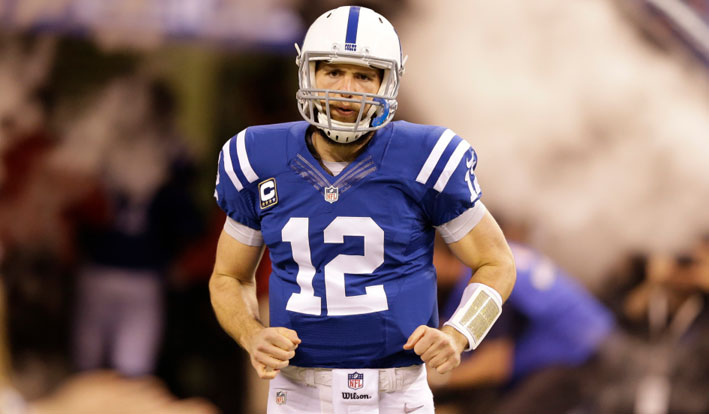 I genuinely believe the Pittsburgh Steelers and Baltimore Ravens will both be two of the top contenders to represent the AFC in Super Bowl 50, although…if I had to pick one over the other, I’m going Pittsburgh first and then Baltimore.The Steelers appeared to be well on their way toward a deep playoff run last season – right before starting running back Le’Veon Bell just prior to the playoffs. The Ravens dealt with the fallout from Ray Rice’s drama quite nicely when they could have fallen completely apart. 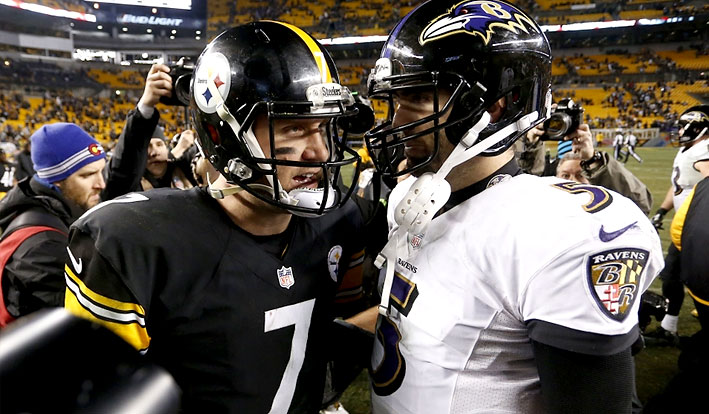 Big Ben Roethlisberger had arguably the best season of his career in 2014 and Bell is quickly heading toward star status. The Ravens perennially field one of the best defenses in all of football even though I think they’re going to miss Pro Bowl nose tackle Haloti Ngata.

Take note NFL betting buffs, that the Dallas Cowboys, at +1500 and Philadelphia Eagles at +2800 are not amongst my picks to reach Super Bowl 50…or even advance to the NFC Championship game for that matter.I believe Dallas overachieved last season and were foolish to let DeMarco Murray bolt to Philadelphia of all places – and speaking of Philly – clearly head coach Chip Kelly has lost his damn mind. Whenever you trade your team’s best players for what amounts to a bag of marbles, then you’ve clearly got problems.If the Birds don’t come close to recording a 10-win season…well…let’s just say I can hear the boo-birds in the City of Brotherly Love already.
Older post
Newer post