NFL News and Rumors
Aaron Rodgers, Amari Cooper and Andrew Luck are among the names on the 2015 NFL betting boards, not because their names follow each other alphabetically, but rather because they are the hottest commodities in the season’s football odds. For Sportsbetting enthusiasts, this is a good thing, as it indicates what bettors can expect in the new season, while providing them with an overview on potential revenue generating opportunities in the NFL betting lines.

Customarily, sports betting sites (including us, yours truly) have offered an overview of a variety of NFL betting props for the new season, specifically tailored professionally to offer the necessary guidance in your betting endeavors. In line with that agenda, here is a look at some of the early NFL betting props that offer potentially good opportunities to get your pockets caked-up with some mega bucks! 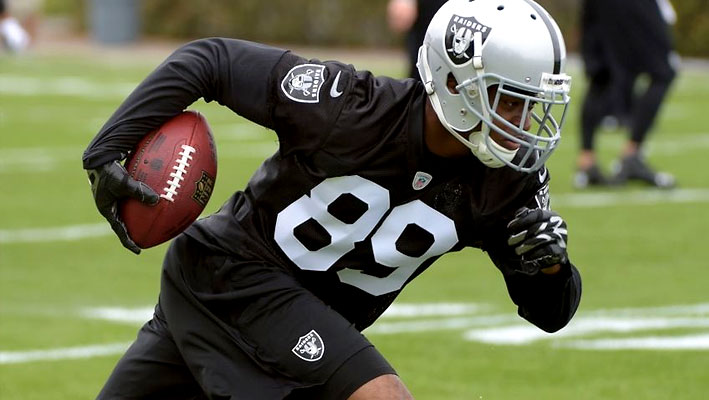 The Raiders are terribly in need of a receiving talent, which means that Cooper is guaranteed to feature in the starting lineup possibly from Week 1 of this year’s competition. Blending with Trent Richardson and Deker Carr offensively, the extremely talented former Alabama athlete should become a focal point for the Raiders, especially if he can stay healthy. Back at Alabama, Cooper recorded 59 receptions for 1,000 yards with 11 TDs to break Julio Jones’ receiving yards record at the program as a freshman. He further led Alabama to the 2013 BCS National Championship victory over Notre Dame and prestigiously earned the consensus Freshman All-American honors. Of course, the likes of Kevin White (WR, Chicago Bears), Todd Gurley (RB, St. Louis Rams), Jameis Winston (QB, Tampa Bay Buccaneers) and Maxx Williams (TE, Baltimore Ravens) won’t be pushovers in the race for the award, but with Cooper’s stellar skills and the immediate impact he is likely to make in Oakland, the award should be his to lose.

Vic Beasley Scoops the 2015 Defensive Rookie of the Year Award 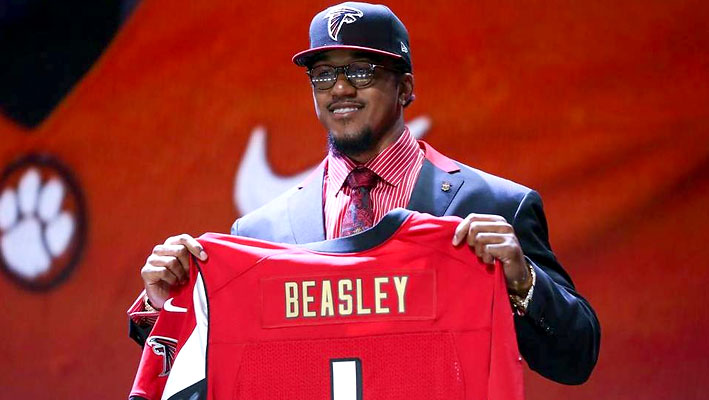 To win the defensive rookie of the year award, an athlete must be able to earn a significant amount of snaps early in the league. Granted, Beasley’s immediate need in the team and his athleticism are the biggest reasons for his optimistic prediction. Already, Beasley is impressing his new teammates, as he ranks in the 84th percentile or better in all physical workouts. As per his draft film, his speed and lower-body explosion are obvious, while the NFL combine proved that he is a full-blooded warrior and an immaculate athlete that can become one of the best pass-rushers in the league. Meanwhile, over the course of his three seasons with Clemson, Beasley recorded 52.5 tackles for loss plus 33 sacks, showing that he is not only a good physical specimen, but also a an efficient tackler. Comparably, his biggest rival for the defensive rookie of the year award, Randy Gregory, only totaled 25.5 tackles for loss and 17.5 sacks in two seasons. So regardless of all the promise offered by Gregory (and other contenders like Marcus Peters, La’el Collins and Bud Dupree), Beasley should be the hottest favorite to snag the award. 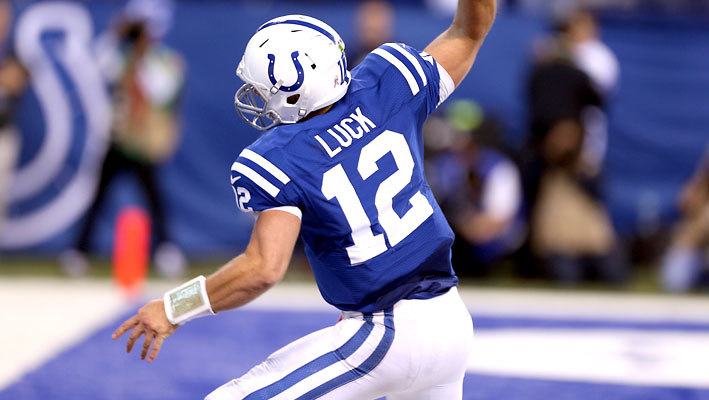 The Colts invested heavily in the offense this offseason bringing in Frank Gore, Andre Johnson, and drafting Phillip Dorsett. Those three, plus Dwayne Allen, T.Y. Hilton and Coby Fleener, and the promising duo of Duron Carter and Donte Moncrief, should give QB Andrew Luck solid weapons for tearing down defenses this season, both on the ground and in the air. His closest competitors like QB Aaron Rodgers, QB Ben Roethlisberger, RB Adrian Peterson, and DE J.J. Watt will certainly be a handful, but with Luck playing in the soft AFC South division and boasting of more-than-enough talent at his disposal, it will be difficult for any of the rivals to match Indianapolis passing superstar’s performance this year. 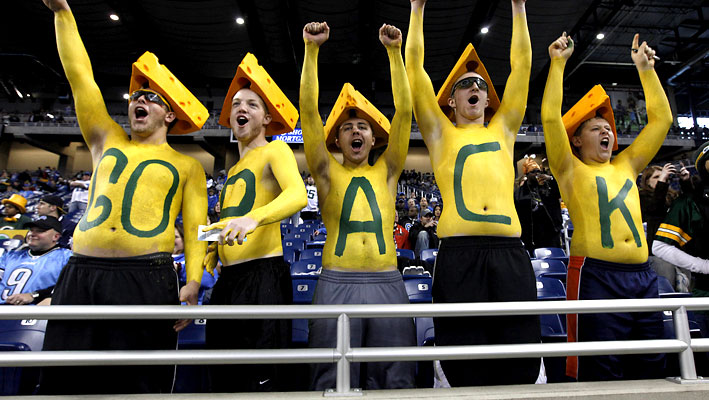 Last year, the Seahawks escaped with a late-game win over the Packers in the NFC Championship game, thanks to some late magic from Russell Wilson and a limping Aaron Rodgers struggling in the offense. If Rodgers can stay healthy, not even Seattle’s feared defense, a.k.a the Legion of Doom, will be able to stop the mighty Rodgers and the Packers, who are looking hell-bent on getting their revenge. The fact that the Packers are considered as the emblem of competition in the NFC Conference is signified by their high-flying flag in the preseason odds to win Super Bowl 50.SourcesWikipedia.org (https://en.wikipedia.org/wiki/Julio_Jones)NFL.com (http://www.nfl.com/draft/2015/profiles/randy-gregory?id=2552446)
Older post
Newer post