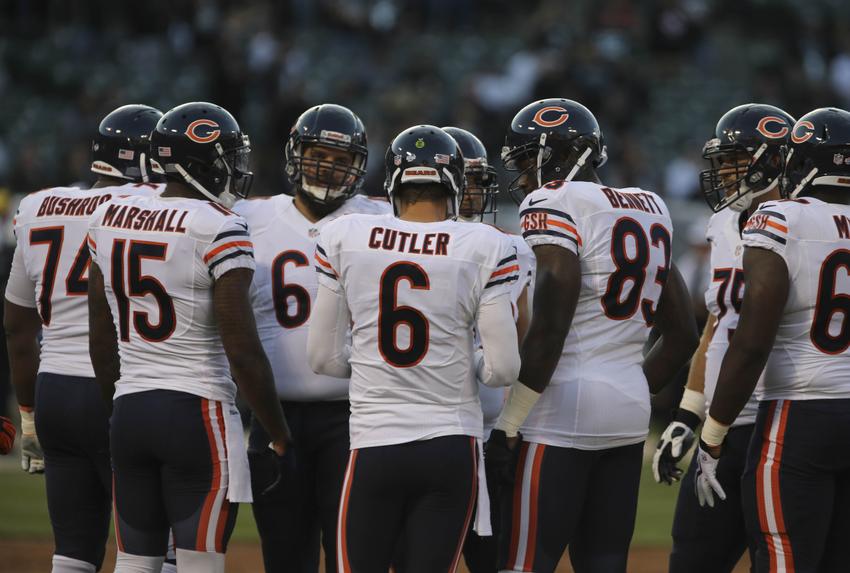 NFL News and Rumors
The early NFL lines for Week 11 have been released, which means it’s time to start looking for those games that might offer a little bit of value. I always start by looking for underdogs that might defy the odds and come up with a win, or at least do enough to cover the spread. I have come up with three games this weekend where the dog might just be able to have his day.Few teams have been as disappointing as the Chicago Bears this season, with the performances of QB Jay Cutler repeatedly being called into question. That tends to happen when you have a player making a boatload of money, but questions also have to be asked of the defense. This is a team that has given up 106 points in their last 2 games, yet they are still an early 3.5-point home favorite heading into their weekend clash with division rivals the Minnesota Vikings, who are currently on a modest 2-game win streak. Not only do I think the Vikes cover here, I think they can win this one straight up.

One of the best looking match-ups sees the Detroit Lions go on the road to face the dominant defense of the Arizona Cardinals. Both teams are putting together incredibly impressive seasons, but the Lions are starting to get healthier, whereas the Cards suffered a major loss last weekend. Calvin Johnson returned to the Lions last week and looked as though he hasn’t missed a beat. The Cardinals got bad news when they found out that QB Carson Palmer will be lost for the season with a torn ACL. That combination may be enough to see the Lions overcome a 1.5-point underdog tag.The NFC South has proven to be one of the worst divisions in football this year, with all 4 teams sporting a losing record. As bad as the Atlanta Falcons have looked at times, they are still very much alive, and have a chance to solidify their position by knocking off their division rivals the Carolina Panthers this weekend. The Panthers are a team in disarray, yet they are still a slight 1.5-point favorite for this one. If the Falcons O-line can protect Matt Ryan, this is a game that the Dirty Birds might be able to dominate.
Older post
Newer post