NFL News and Rumors
The NFL free agency, draft and the OTAs are in the books, answering the majority of the questions we had in regards to the Denver Broncos and what to expect from them in the upcoming NFL betting seasons. Unfortunately, there are still a couple of impending questions in the Denver squad. Below we address some of these questions:

How will Denver Move Forward Without Ryan Clady and Jeff Heuerman?

Left tackle Ryan Clady and tight end Jeff Heuerman both suffered separate season-ending injuries in the offseason. With Clady on injury reserve, coach Gary Kubiak is likely to shift between veteran right tackles Ryan Harris and Chris Clark, with second-round pick Ty Sambrailo also figuring to get a chance in offering protection to Manning. Meanwhile, with Heuerman out of the team and tight end Julius Thomas signed to Jacksonville as a free agent, the responsibilities in the receiving department will squarely rest on the shoulders of Virgil Gree and Owen Daniels.

#BroncosTV countdown to camp No. 9: Who will be the #Broncos returner this season? WATCH: [http://t.co/ocXteZFYsv] pic.twitter.com/GxesnoLg7y

Who will get the Starting Role in the Left Guard Position?

The left guard positions is going to be hotly contested in 2015, with several players available and looking well-suited for the job. Topping the list is Ben Garland who was a defensive tackle in 2013, but switched to a guard over the last two year. Then, in the offseason, the Broncos signed a solid free agent guard in Shelley Smith to compete for the job. Yet still, we have a promising rookie guard in Max Garcia, while second-year pro Michael Schofield will also be eyeing the job after proving himself as a valuable asset in his rookie year. At the moment, all indications point to Garland maintaining his job, but he’ll have to impress in training, or else the starting job could shift to the other competitors.

How Effective Will Peyton Manning be for the Broncos?

Peyton Manning has been a solid performer for most of his career and that’s why there is a bit of some concern from his dipping numbers in the tail-end of the 2014-15 season. After posting impressive records of on 67 percent passing, 8.25 YPA, 29 TDs against 7 INTs in his first 9 games of the 2014 NFL season, Manning managed just 62 percent passing at 6.9 yards per attempt, with 11 TDs and 8 INTs in his last 8 games (including the playoffs). Not helping his situation is the fact that the wear and tear of being a 39-year-old QB is likely to affect his throws, while Julius Thomas (one of Manning’s hottest targets) is signed out of Denver. 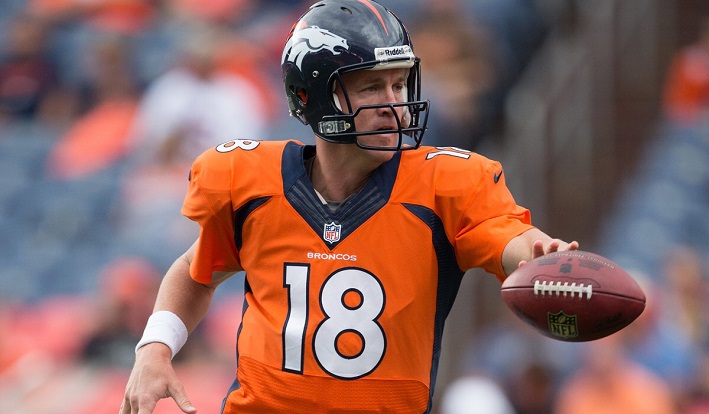 To his credit though, Manning has kept himself in great shape, something that his new coach Kubiak noted with praise. In addition, Manning lives and dies for the game, and his perfectionist attitude always pushes him to strive for the best. So although some drop can be expected from him due to the age factor, you can bet you last damn dollar that the five-time MVP will be giving his 110 percent in each game. It however remains to be seen whether or not that will be enough to lead the Broncos to a strong showing in the Super Bowl 50 odds.Sources:NFL.com (http://www.nfl.com/player/ryanclady/746/profile)ESPN.go.com (http://espn.go.com/nfl/player/_/id/1428/peyton-manning)
Older post
Newer post