I really like knowledgeable former Arizona Cardinals defensive coordinator and new Jets head coach Todd Bowles and I genuinely believe he possesses one of the best defensive minds in the game today.Having said that, let me also say that Bowles undoubtedly has his work cut out in rebuilding a New York (4-12 SU, 6-9-1 ATS, 7-9 O/U) team that has fallen into the depths of utter despair following a sting of increasingly dismal seasons under former head coach Rex Ryan that eventually ended with a pitiful 4-12 record in 2014 and Ryan’s unceremonious firing.Bowles, like Ryan, is downright masterful on the defensive side of the ball and I believe he will experience plenty of success as a head coach before it’s all said and done. However, I also believe that Bowles will be hard-pressed to experience that success in his first season with the Jets. 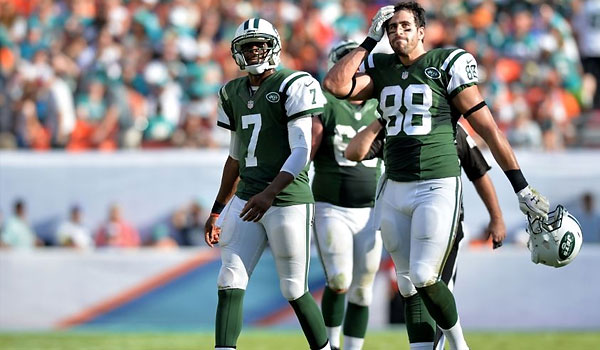 Let’s take a look at the New York’s’ Super Bowl 50 Odds by first, taking and look back at their 2014 campaign before moving forward to what could possibly lie ahead for Bowles and the rebuilding Jets.

The GoodWell…there wasn’t much good news for the Jets this past season, outside of the fact that they finished a fantastic third in rushing (142.5 ypg) and an equally impressive fifth against the run (93.1 ypg) and sixth in total defense (327.2ypg).However, New York’s success in both rushing the ball – and stopping the run – might be a bit misconstrued by the fact that the Jets were so miserable in both, passing the rock and stopping their opponents’ own aerial attacks.The Jets did get a fine campaign from veteran running back Chris Ivory (820 yards) but recently parted ways with high-priced former superstar Chris Johnson after watching the former 2,000-yard rusher gain just 663 yards, though he did manage to rush for a solid 4.3 yards per carryon a career-low 155 carries. 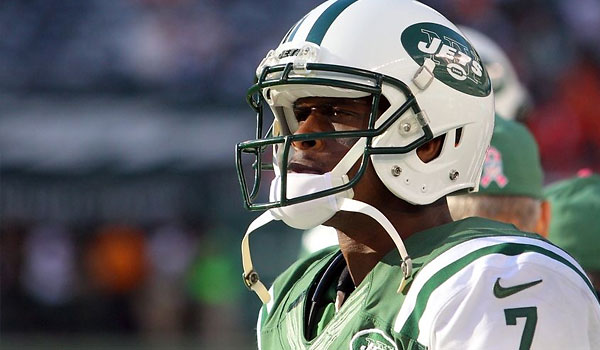 The BadThe bad news for New York last season was the fact that, despite their impressive defensive statistics, the Jets still somehow managed to finish 24th in points allowed (25.1 ppg).Bowles will need to upgrade the secondary and reshape his team’s pass defense, but the good news is that New York’s defensive problems are clearly a ‘secondary’ issue to the problems they must address on the offensive side of the ball.The UglyThere was plenty of ‘ugly’ for the Jets in 2014, starting with an offense that ranked a dismal 32nd in passing (184.1 ypg) and 28th in scoring (17.7 ppg).Quarterbacks Geno Smith and Mike Vick proved themselves to be serviceable at best, with Vick clearly on the last legs of what has been an underachieving career and Smith looking more and more like a legitimate bust with each passing start.

Smith completed just 59.3 percent of his passes while tossing 13 touchdown passes but offsetting them with an identical 13 interceptions. For his career, Smith has completed an uninspiring 57.5 percent of his passes while throwing 25 touchdowns passes and 34 interceptions.Bowles and new GM Mike Maccagnan have both remained non-committal on Smith so far, leading to speculation that the team could potentially land Oregon quarterback Marcus Mariota with the sixth overall pick. 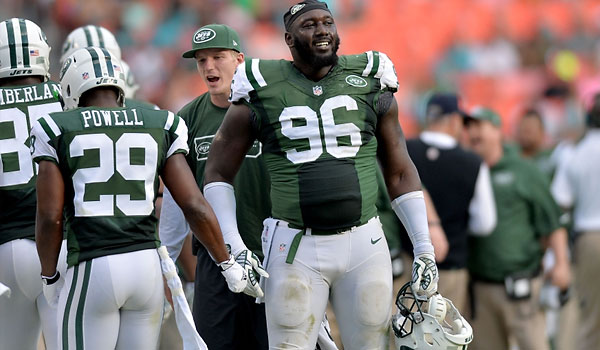 Smith’s first two seasons of his rookie deal were guaranteed, but New York is now out of that deal and can either part ways with the talented but underachieving Smith or keep him on a modest deal and continue to hold out hope that he can still turn into a decent starter,Vick, an unrestricted free agent, will almost assuredly not be back next season after completing just 52.9 percent of his passes and throwing a paltry three TD passes and two picks in three starts.The Jets would do well to try and trade up to get either Mariota or Jameis Winston, but if they can’t, they could go after a veteran free agent like Ryan Fitzpatrick, an experienced starter that would be an upgrade over both Smith and Vick at this point.Let’s take a look at New York’s offensive statistics from this past season.OffenseHere is a look at New York’s team defensive statistics.DefenseHere is a look at the Jets’ team statistical leaders in 2014.Team Leaders 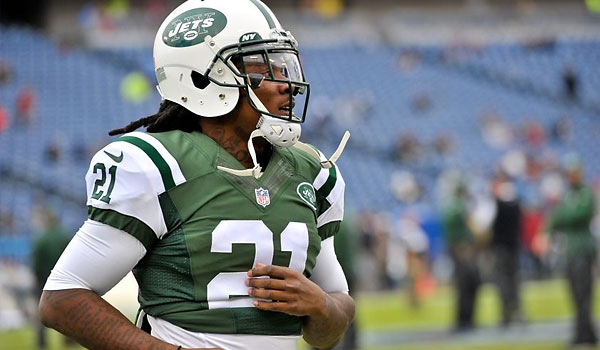 Urgent NeedsQuarterbackI think it goes without saying that the Jets had better figure out in a hurry if they plan to keep Smith and try to build around the former West Virginia star or whether they should try to trade up and potentially land Mariota with the sixth overall pick.Wide ReceiverWhile veteran wideout Eric Decker had a solid season in leading New York with 74 catches for 962 yards, the fact of the matter is that New York’s receiving core is mediocre at best and needs a big-time playmaker that can both stretch defenses and make defenses pay.The Jets are likely to part ways with supremely athletic, but enigmatic veteran wide receiver Percy Harvin after he caught just 29 balls in eight games after being acquired from Seattle in an October trade. Harvin’s humongous $10.5 million salary for 2015 and the fact that the Jets will have to give Seattle a fourth round pick instead of a sixth if Harvin is on the roster after March 19 means Bowles and the Jets must find ways to add quality receivers either through the draft or in free agency. 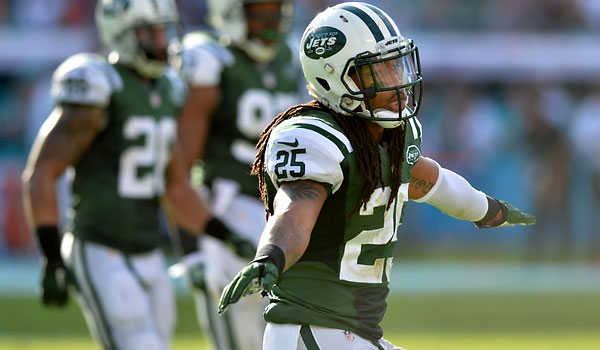 CornerbackReports say that the Jets are interested in bringing back former franchise safety Darrelle Revis, but I find it hard to believe that Revis would even consider leaving New England after winning the first Super Bowl title of his illustrious career.I’m not certain if cornerbacks Marcus Williams and Darrin Walls are the answer for the Jets but I do know that Bowles’ consistent blitz packages are that much more effective with cornerbacks that can play the ‘island’ without any help when necessary.Moderate needsSafeties Jaiquawn Jarrett and Calvin Pryor could find their respective ways back into the starting lineup if they play well in the preseason – or both could become backups if Bowles feels the need to upgrade what is now one of the most demanding positions in the league. 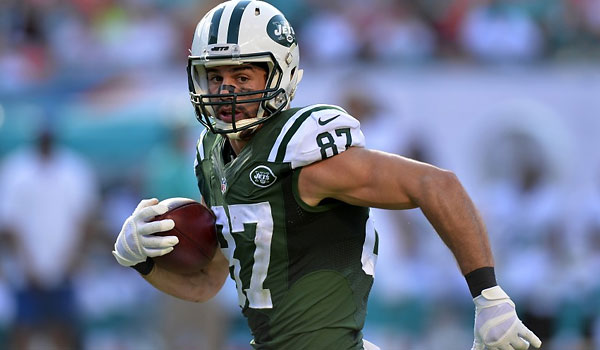 Running backNew York will need to find a suitable replacement for Chris Johnson, but I don’t think accomplishing that task is going to be too hard with several veteran running backs on the market right now (can you say C.J. Spiller?).Chris Ivory proved himself to be capable when called upon but he’s going to need help if the Jets want to remain one of the top rushing teams in the league.Last but not least, New York needs a couple of defensive ends that can provide a consistent pass rush from the outside. Muhammad Wilkerson was solid at best this past season but he didn’t get much help at all from in getting after the quarterback.

If the Jets can’t trade up to get either Jameis Winston (he’ll be gone) or Mariota, (it could happen) I think the best move would be to acquire game-breaking wide receiver Amari Cooper.The former Alabama superstar is big, fast and as skilled as they come for a rookie. Of course, the Jets will need someone to throw the ball to Cooper, but at least they’ll have a legitimate game-changing kind of player on offense. 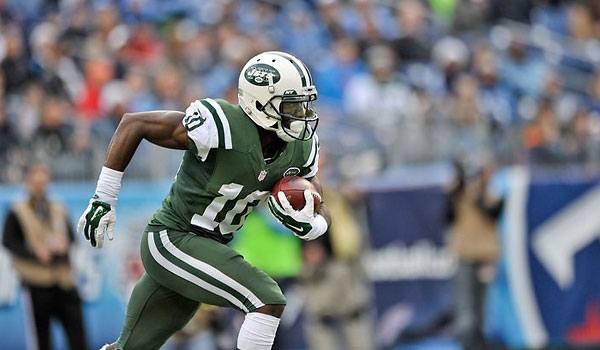 With the NFL scouting combine (Feb. 17-23) and free agency (March 10) quickly approaching, let’s get the ball rolling on New York’s 2015 prognosis.While I’m pretty fond of Todd Bowles, I think the first-year head coach could be in for a bit of a rough start in 2015.The New England Patriots will once again record double-digit victories in 2015 and I expect the Buffalo Bills to be a bit better thanks to the addition of veteran head coach Rex Ryan.With New York likely suffering four division losses alone this season, it’s kind of hard seeing them surpass…let’s say…six wins at most. While the 2015 NFL schedule hasn’t been released as of yet, we do know which divisions will be playing which and New York has the 18th strongest schedule in the league next season as they face teams whose combined record was 125-131 (.488) in 2014. 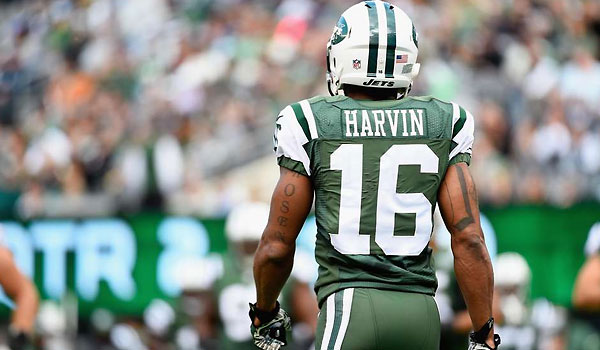 The Jets need a young quarterback they can build with under Bowles in the worst way. If they fail to find one, it will only delay their efforts to get back to respectability.New York went 6-9-1 ATS last season and I think they’ll take a slight step forward with that figure, mostly because I expect them to be a little bit better on the defensive side of the ball than they were in 2014.Jets fans should have all of their fingers and toes crossed right about now in the hopes that they can land Marcus Mariota. If they don’t…it could be another long season for the J-E-T-S!
Older post
Newer post