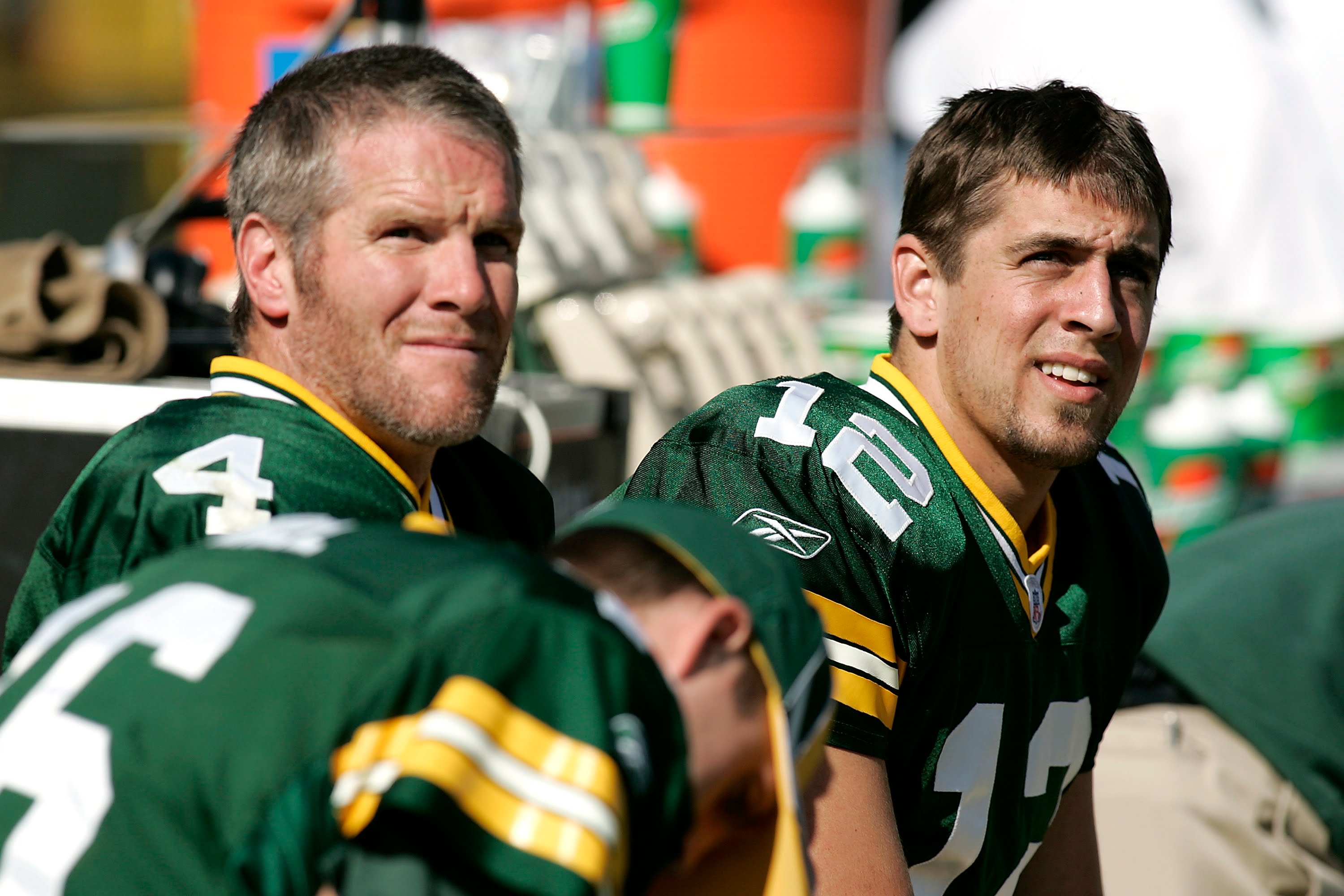 NFL News and Rumors
Here’s a good one for NFL betting fans…Back in 2014, Aaron Rodgers matched Brett Favre‘s record through 100 starts at 68-32. It should be obvious that Favre and Rodgers are 2 of the greatest quarterbacks to play the game, and I think Aaron Rodgers right now deserves to be in the Hall of Fame for what he’s done in his career. Packers fans are incredibly spoiled to have these 2 guys back to back. 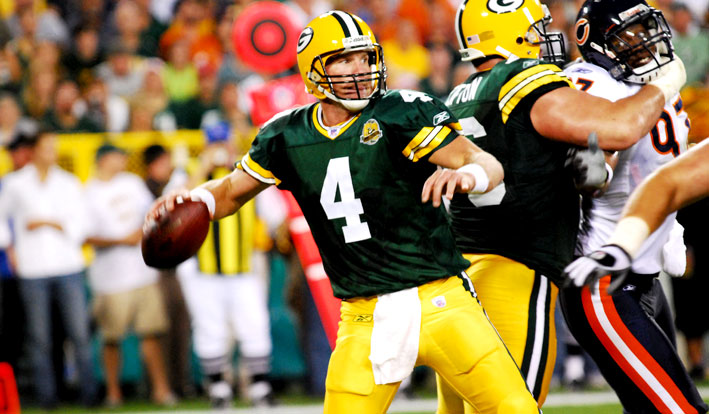 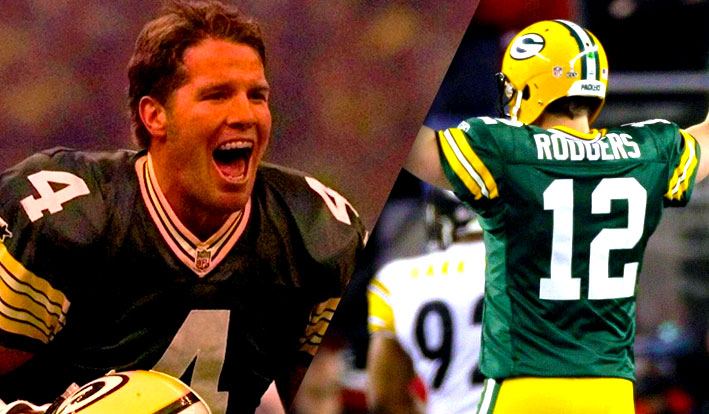 While Rodgers and Favre are identical in W-L, their styles of play could not be anymore different. Brett Favre is the poster child for a Gunslinger. So much so that that’s become his actual nickname. Favre packed enough athleticism and arm talent to keep things interesting. And while an incredible quarterback in his prime, he could win and lose a game for you depending on how good of a day he was having. This was much more apparent in his post 90s’ days, where his career became a roller coaster between great, good, mediocre, and bad seasons. Aaron Rodgers, meanwhile, is a different animal. Of the big 4 quarterbacks that include Peyton Manning, Tom Brady, and Drew Brees, Aaron Rodgers has the most talent. Rodgers takes pride in his mobility and pocket presense, and his moving feet allow him to adjust his footwork easier than the other elites and make any throw he wants to. In addition, Rodgers is a master at the deep ball, able to dropback on the play action and throw deep balls better than any quarterback I’ve ever seen do it. And when he doesn’t feel like passing, Rodgers can just scramble for a dozen yards. As icing on the cake, he does this all with very few turnovers. It’s no contest here. I’ve been far more impressed with Aaron Rodgers’ style of quarterbacking far more than I ever will with Brett Favre’s, especially in their first 100 starts. And with a higher peak, Rodgers’ best year is better than Favre’s best year. Rodgers was one of the big candidates for MVP in 2014. Widely considered to be having his best season ever (2011 to me will always be a bit better), Rodgers put up the efficiency and numbers few quarterbacks have been able to put up. His 7th season as a starter in the NFL is better than Favre’s 7thseason as a starter (1998, where he threw 31 touchdowns and 23 interceptions). 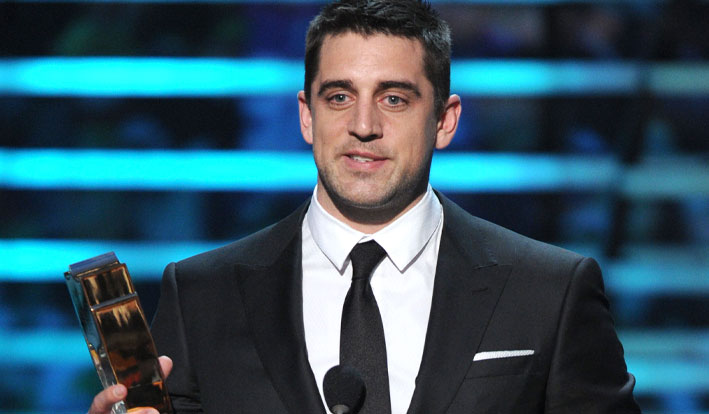 I honestly don’t see why Rodgers wouldn’t be on pace to have the better career, especially if the Packers make a couple more playoff runs. I’d take Rodgers over Favre if I were to start a team, and while Favre is one of the 10 greatest to ever play the quarterback position, Rodgers through his 100 starts is almost as dominant as Favre was in his first 100 starts, and a far better talent to invest in.As stated before, I think Aaron Rodgers is a Hall of Famer right now. Brett Favre is a lock to get into the Hall of Fame. But how many quarterbacks can do what Rodgers done from 2008 to 2014, with high volume production, domination, and jaw dropping efficiency? Very few, actually. And can you imagine a league without Manning and Brady? Rodgers at his prime would easily be the best quarterback on the planet, and perhaps the best player.So in closing, I think Rodgers will end up being the better overall quarterback in the Favre-Rodgers debate. Whatever happens, it’s a sight for Packers fans to have watched two of the greatest quarterbacks of all time.Sources:Foxsports.com: http://www.foxsports.com/wisconsin/story/rodgers-on-milestone-game-i-d-love-to-do-100-more-120914?vid=368990275513Wikipedia.org: https://en.wikipedia.org/wiki/Brett_Favre
Older post
Newer post