NFL News and Rumors
The Buffalo Bills are coming off the most successful NFL betting season in the franchise history over the last decade, so there is an invigorated sense of optimism that 2015 could be a big year in Buffalo.

To help their cause, the Bills have a new head coach in Rex Ryan, who has publicly voiced his commitment and belief that the Bills will be making it to the 2015-16 playoffs.The Buffalo roster is also looking really good, as the team traded for Minnesota backup QB Matt Cassel, who will be battling with incumbent QB EJ Manuel for the starting job this summer. Additionally, the Bills acquired the services of star running back LeSean McCoy from the Philadelphia Eagles, WR Percy Harvin (who will be featuring in a receiving department that already boasts of talents like Robert Woods and Sammy Watkins. And for more depth in the team, Buffalo general manager Doug Whaley sanctioned trades for backup QB Tyrod Taylor, G Richie Incognito, while DE Jerry Hughes was re-signed to the team and the NFL draft brought in some decent pieces like Florida State CB Ronald Darby.Taking into account the above changes, what can we expect from the Bills in 2015? Here are five bold NFL odds Predictions ahead of the new season:

It may take time for offense to develop some chemistry: ‘The linemen not only have to get used to worki… http://t.co/xtrrEbC2Nj #Bills

Buffalo will Finish 2015 with a Winning Record

Last season, the Bills finished their season on a 9-7 record, despite scattershot play from the QB department. The QB situation is not hugely improved, but Cassel, Manuel and Taylor are talented enough to lead the team to an above-average showing in 2015. Plus, with McCoy and Harvin in the fold, the offense should be able to perform better than they did last year. Meanwhile, Buffalo has retained most of the pieces from their 2014 defense that finished second-best in the AFC (allowing just 289 Points), so another strong performance can be expected from them. All that considered, a 9-7 or even 10-6 record should be possible for the well-improved Bills.

Buffalo Will Make the Playoffs

With the improved offense and a solid defense, and the chance to earn a winning record, pushing for the playoffs should be very probable for Buffalo, especially if it can handle the tricky two-game season start against New England and Indianapolis, and the five road games between Week 10 and Week 15.

Buffalo Will Upset the Cowboys in Week 16

The Bills have recently shown the tendency to finish the season strongly. As an example, they gave a very strong performance in their home stadium to beat the Patriots in Week 17. In the upcoming season, the Bills will have the aforementioned gruesome road tests from Week 10 to 15 (at NY Jets, at New England, at Kansas, at Philadelphia and at Washington), with a bit of a breather in the home game against Houston in Week 13. The home against Dallas is thus likely to be a big chance for Buffalo to finish the season with a mark worthy of challenging for the playoffs, something we believe will motivate the Bills to fight spiritedly for a home win in this Week 16 clash. 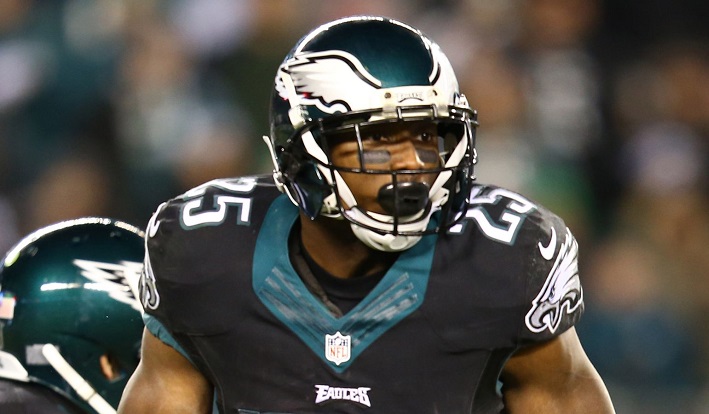 LeSean McCoy Will Rush for at least 1,500 Yards

While playing with the Eagles in 2014, McCoy averaged 82.4 yards per game, rushing for a total of 1,319 yards (third best mark in the NFL). In 2013, McCoy even had a better performance, exploding for a league-leading record of 1,607 rushing yards in 2013. Considering the Buffalo’s offense is run-friendly, a motivated McCoy should be able to eclipse 1,500-yard mark, maybe even going as far as topping the league once again in rushing yards.

According to most analysts, trading for Cassel meant he would be automatically in line for the start against Manuel, with Taylor serving as a backup. However, both Cassel and Manuel have shown good abilities as passers, but they’ve also had issues with their accuracy, making it hard to pick between them Still, Cassel boasts of more experience than the two QBs, Manuel is a fan favorite having spent his entire career in Buffalo, while Taylor’s speed and ability to run the ball makes him an interesting option for the Bills, so thing could go either way. At the moment, though, it all looks like Cassel will get the starting gig in September, with Taylor and Manuel getting snaps as his backup.
Older post
Newer post