By all accounts, the Buffalo Bills (9-7 SU, 9-7 ATS, 3-13 O/U) had a mostly fine season in 2014 as they went 9-7 to record their first winning record since 2004 while narrowly missing out on their first postseason berth since 1999.Of course, Buffalo’s success this past season made the abrupt resignation of former head coach Doug Marrone that much more perplexing. I mean, it’s not like the guy was in jeopardy of losing his job or anything.Anyhow…Marrone’s quick exit ultimately led to the surprise hiring of ex-Jets head coach Rex Ryan, who was himself fired just after New York’s regular season finale after six mostly agonizing seasons in the Big Apple.In his introductory press conference, the outspoken Ryan boldly stated that he wants to “build a bully” in Buffalo…and I say, it’s quite possible that he could.Let’s take a look at the Buffalo Bills’ Super Bowl 50 Odds by first, taking and look back at their 2014 season before moving forward to what could possibly lie ahead for Ryan and his Buffalo Bills. 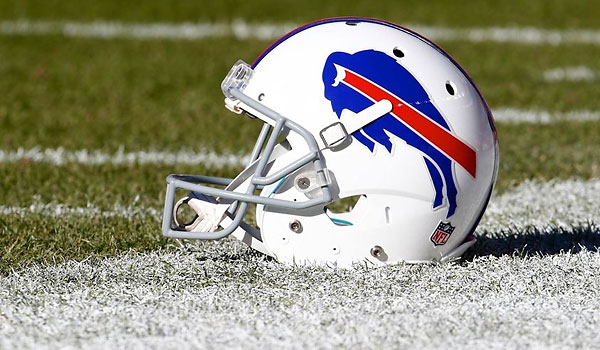 The GoodNot only did Buffalo win nine games last season, but the Bills also went 9-7 ATS to finish 13th in the ATS rankings. Along the way, Buffalo recorded some quality wins in beating Chicago and Miami to start the season 2-0 before beating Detroit on the road in Week 5 to move to 3-2 SU and ATS.The Bills also picked up sweet SU and ATS wins against Ryan’s Jets in Weeks 8 and 12 before recording even more impressive wins at home against Green Bay in Week 15 and on the road in New England in their regular season finale.

Last but not least…and something that could be of extreme importance as Ryan takes over, is the fact that Buffalo was an absolute ‘monster’ on defense as they finished fourth in total defense, including a stellar third against the pass and a notable 11th against the run. 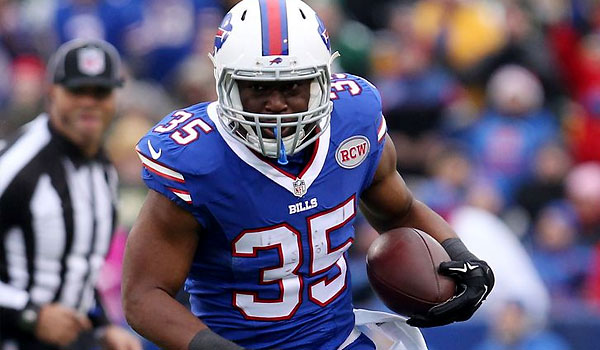 The BadWell, the bad news is that every time the Bills seemed to take a step or two forward, they inevitably took a nearly equal amount of steps backward. After getting off to a solid 2-0 start, the Bills dropped each of their next two games, including a crushing 23-17 road loss at rebuilding Houston.A 3-1 stretch following their 2-2 start looked really nice as the Bills went into their Week 9 bye with a solid 5-3 SU mark. Unfortunately, Buffalo dropped two straight and three of their next five games – while not topping the 17-point plateau in each loss.Buffalo’s 2-1 finish over their final three games left them just shot of a playoff berth, but things could very well change in a hurry for Buffalo in 2015 if all goes right with the team’s offseason plans. 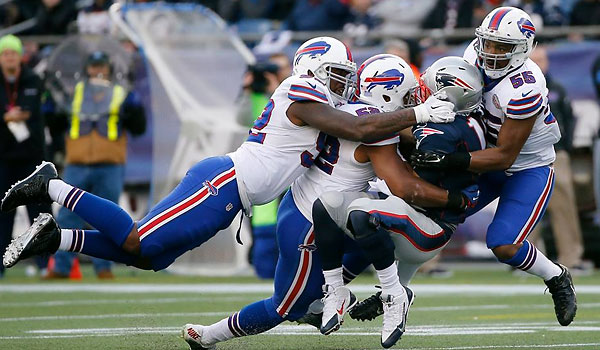 The UglyBuffalo’s offense was mostly mediocre all season – and it would have been even worse  – had not veteran quarterback Kyle Orton been surprisingly signed as a free agent and immediately thrust into the starting lineup in Week 4 following some early-season struggles from second-year signal-caller E.J. Manuel.Before his season-long benching, Buffalo was undeniably hoping that Manuel, the No.16 overall pick in the 2013 NFL draft, would become the team’s franchise signal-caller similar to some other young guns like Russell Wilson and Andrew Luck.Let’s take a look at Buffalo’s offensive statistics from this past season. 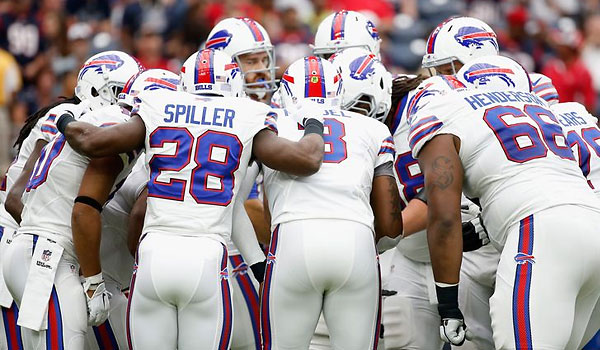 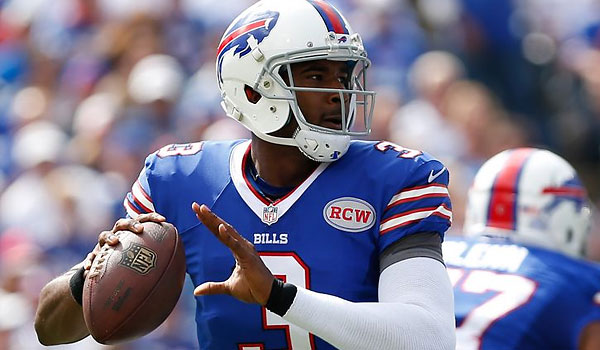 Urgent NeedsQuarterbackWhile I like E.J. Manuel and still believe the young signal-caller could still turn out to be a franchise kind of performer for the Bills, I’d be lying if I said that I didn’t have doubts about the former Florida State star after two mostly mediocre seasons.After making 10 starts as a rookie, Manuel was limited to just five starts this past season after being benched because of inconsistency – and what I believe is a glaring lack of leadership.In 15 career starts, Manuel has completed just 58.6 percent of his passes for just 2,810 yards with 16 touchdowns and a dozen interceptions. Ironically, the mobile Manuel has carried the ball just 69 times for a paltry 3.4 yards per carry.Ryan is already saying that he expects Manuel to compete for the starting job – and use his mobility more in the future. “He needs to embrace that he can move; use his legs,” Ryan said.No matter what happens with Manuel, Buffalo needs more insurance at quarterback whether it comes in the form of a veteran like Mark Sanchez or Josh McCown or even oft-injured St. Louis Ram’s former franchise signal-caller Sam Bradford. 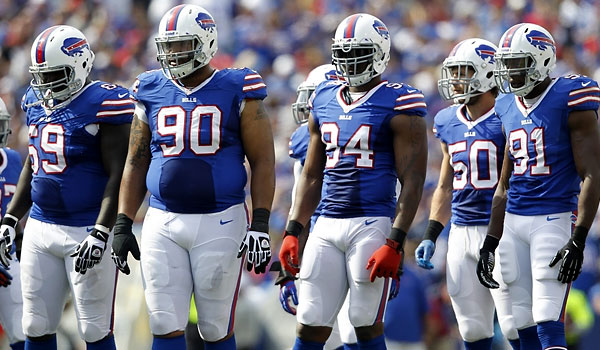 Moderate NeedsThe Bills also have pretty moderate needs at tight end, running back and along the offensive line. Buffalo finished 25th in rushing (92.6 ypg) and gave up 39 sacks to finish 15th in that department.While the Bills have a likely future superstar in young wide receiver Sammy Watkins, the team’s tight end crop is mediocre at best with eighth-year veteran Scott Chandler leading the team with 47 catches for 497 yards and three touchdowns. Buffalo’s trio of backups combined to catch just 23 passes, though I think second-year tight end MarQueis Gray could eventually become a solid starter.The Bills do have some moderate needs at the outside linebacker position and in the secondary at the safety position but they’re in great shape along the defensive line, at the wide receiver position, cornerback and inside linebacker. 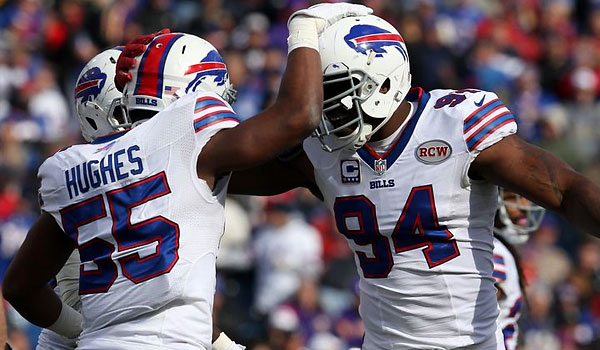 The Bills traded up in last year’s draft to nab Clemson wide receiver Sammy Watkins and enter the 2015 NFL Draft without a first and fourth round picks.While Watkins looks like a star in the making, the Bills have been criticized for the move because of the success of several wide receivers that were drafted much later than Watkins. Anyhow, the Bills do have an extra fifth-round pick that they received in a trade with the Tampa Bay Buccaneers.With the No. 50 overall pick in the draft (No.19 in the second round) the Bills are likely going to pick a defensive player for Ryan, particularly seeing as how they’re going to change back to a base 3-4 defense.Mississippi State defensive end Preston Smith has been highlighted as a player the Bills could grab at this spot, but personally, I think they should go for an offensive lineman. Ryan is fond of going after defensive players with his first pick, something the New York did in each of Ryan’s final five seasons with the AFC East rival.The Bills recently signed former Miami Dolphins disgraced veteran offensive lineman Richie Incognito and they’ll need to resign some of their significant own free agents, but for the Bills, I think everything starts with finally finding out whether or not E.J. Manuel is the answer – while simultaneously grooming another young signal-caller with an eye toward the future – and possibly the very near future. 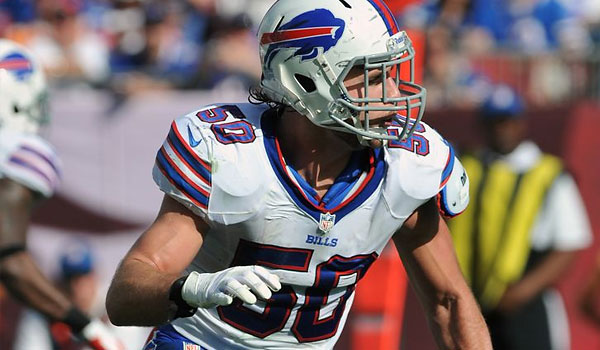 Buffalo Bills +7500Buffalo is tied with Chicago and Cleveland as a 75/1 favorite to win the 2015 Super Bowl and I think that may be just about right with Buffalo likely entering the 2015 regular season with lingering question marks at quarterback first and foremost.Depending on just how well Manuel – or some other as of yet, unknown starter – performs – Buffalo could potentially reach the postseason – or flounder in more maddening mediocrity.The good news for the Bills is that Ryan is an outstanding defensive mind and is extremely familiar with every AFC East division rival after his six seasons with the Jets. Not only that, but Ryan is also one of the few head coaches that gives New England Patriots head coach and quarterback Bill Belichick and Tom Brady fits – at least once per season.

Buffalo went 4-4 ATS at home last season and an impressive 5-3 ATS on the road and I’m expecting them to unfurl nearly identical SU and ATS marks in 2015, although the team will have a far different look – and attitude under Ryan that they ever did under Doug Marrone.Unfortunately, that may not necessarily be a good thing seeing as how Ryan’s Jets teams got worse instead of better with each passing season he spent with the Jets. Still, I suspect Buffalo will field one of the better defenses in the league next season – while covering the NFL betting line a bit more often than not because of it.The Bills have the 19th strongest schedule in the league in 2015 and will face teams whose combined record was 124-131-1, (.486) in 2014. I’m thinking another 9-7 SU campaign could get them into the playoffs next season and I believe a solid 10-win ATS season sounds just about right for Buffalo in 2015. One thing’s for sure…it sure won’t be a dull ride with Ryan leading the new-look Bills!
Older post
Newer post