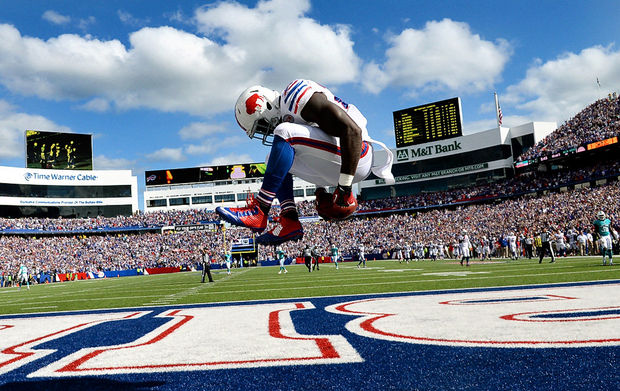 NFL News and Rumors
The Buffalo Bills , 2-0 for the first time since 2011, are one of the biggest surprises in the NFL so far, and they will face their toughest test of the season when they host the San Diego Chargers, who are coming off an upset victory against the Seattle Seahawks. Buffalo holds a 2.5-point advantage on the NFL betting lines for Week 3,  but despite the good start, football fans aren’t sure about what the Bills can do against the Chargers.

The Bills are enjoying one of the best season starts in recent years. The team started off the season with an impressive overtime victory against the Chicago Bears at Soldier field, and followed that up with a victory over AFC East rivals, the Miami Dolphins, to take sole possession of first place in the division.The San Diego Chargers suffered a tough loss on the road to the Arizona Cardinals on Week 1 but regrouped in their home opener against the Seattle Seahawks, winning their first game of the season. They will be looking for their first win on the road this year against the Bills.

The Chargers were successful against the Seahawks because they controlled the clock in the game, they converted 10 of 17 third downs, which allowed them to sustain a lot of their drives, and keep possession of the ball for 42 minutes, tiring out the Seattle defense in the process.Quarterback Phillip Rivers has relied heavily on tight end Antonio Gates in the first two games, especially against the Seahawks, catching his first three touchdowns of the season against the defending champions. The Chargers will try to exploit the Bills defense through the air, because they have one of the worst pass defenses in the league, and allow 275.5 passing yards per game, which is 27th in the league.Buffalo’s success so far this year has been due to their running game, which has taken a lot of pressure away from their young quarterback E.J. Manuel, allowing him to be more of a game manager, and not try to force the play. So far this year, they are averaging 153 yards on the ground per game, which is 6th in the league. Against the Bears, the Bills ran for 193 yards, averaging 5 yards per carry, they didn’t run as well against the Dolphins, but still managed to pick up 113 yards on the ground. They will try to continue their ground dominance against the Chargers, who are allowing 108.5 yards on the ground per game.

The Chargers are coming off a very big win for their team, so this could be a letdown game for them after the emotional high of Sunday’s victory. West coast teams always have a problem with 1 P.M games on the east coast, because it feels like they are playing in the morning because of the time difference, so all signs point to the Bills winning this game.

The Bills will have a very loud crown behind them in this game, and can keep Phillip Rivers and the Chargers offense off the field with their potent running attack, which should help them emerge victorious in this game.
Older post
Newer post