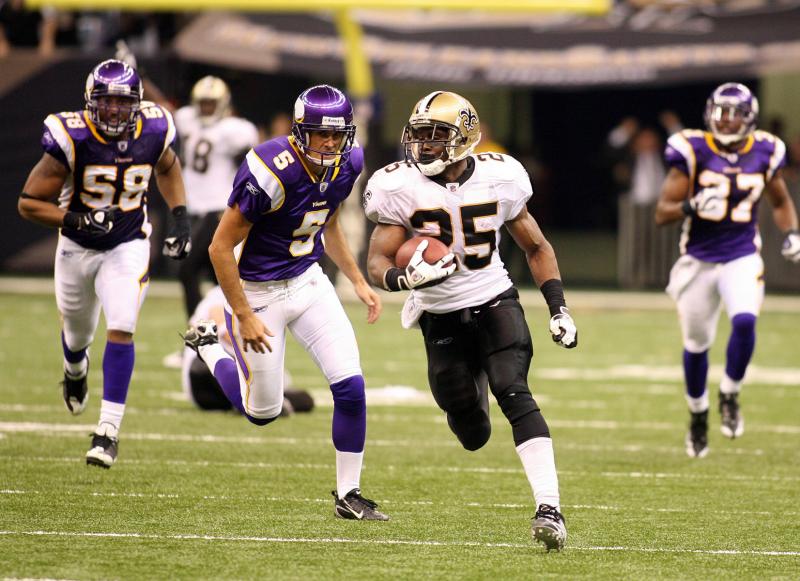 NFL News and Rumors
So far this season, the New Orleans Saints have failed to fulfill the NFL betting predictions made during the preseason. The Saints entered the season with playoff aspirations in their minds, but after a surprising 0-2 start, the team faces a must win situation when they welcome the Minnesota Vikings at their home stadium.Talking about the Vikings, the team won its first game of the season against a tough St. Louis Rams team. Less than a week later, they suspended leading rusher and former league MVP Adrian Peterson due to allegations of child abuse, and subsequently lost their next game to the New England Patriots. They will try to get back on track when they visit the New Orleans Saints, who have lost their first two games of the season by blowing the lead in the final minutes of both games.

Minnesota’s biggest problem heading into the season was their quarterback position, and the team eventually settled with Matt Cassel as their starter over rookie Teddy Bridgewater. Now, they have to find a running back that will be able to give them the type of production they were getting from Adrian Peterson, who was their best offensive player.The Saints have been known for their explosive offense for the past few years, but their defense had always been suspect, so they spent a lot of money in the offseason trying to add pieces that will help improve their porous defense. So far this season, their offseason acquisitions haven’t paid big dividends, and their defense has cost them the game in their last two outings.

Minnesota is not going to win a lot of games for the rest of the season if their offense doesn’t improve, in their first game; they managed to put up 34 points against the Rams defense, but could only manage 7 points against the Patriots. Their passing offense is dead last in the NFL, averaging 166.5 yards per game, and their rushing offense is 17th in the league, with 119.5 yards per game, which isn’t good for a team that is run oriented.The good news for the Vikings is that their defense can keep them in some games, because they are 8th in the league in pass defense, and 16th in run defense. The problem they will be facing now is that most teams that play them won’t have to load up the box to stop the run because Peterson is not in the backfield, and will be able to apply more pressure on the quarterback.The Saints have started the season 0-2 for the second time in three years. The last time that happened was in the 2012 NFL season when they finished 7-9 and missed the playoffs. But this time they will be trying to avoid the same fate by getting their first win of the season against the Vikings. In their first game of the season, they played a very close game against the Atlanta Falcons, but their defense couldn’t stop Matt Ryan, who threw for a career high 448 yards and 3 touchdowns.Against the Cleveland Browns, the Saints came back from an early 10 point deficit, and took the lead early in the fourth quarter, but were unable to stop the Browns on the final possession of the game, which began at Cleveland’s 4 yard line, and resulted in Billy Cundiff kicking a 29 yard field goal to win the game for the Browns.Defensive coordinator Rob Ryan needs to fix their pass defense, which is ranked 32nd in the league, despite signing big name free agents in the offseason, or he will be out of a job soon.

The Saints are the overwhelming favorites to win because of their recent streak at home, but the 10.5 points seems high for a team that has yet to win a game.

We think that Sainst fans will have a reason to celebrate after the game. The Saints will likely end their two game losing streak against the offensively challenged Minnesota Vikings, although they will have problems covering the spread, so the sure bet will be on New Orleans money line. Additional NFL betting odds for this game can be found here.
Older post
Newer post