NFL News and Rumors
While New England Patriots quarterback Tom Brady looked and played as well as he ever has in tying Ben Roethlisberger for the NFL’s passing yards title in 2014, what NFL fans and gridiron gamblers really need to know is whether the ageless Brady can repeat as the NFL odds‘ top quarterback in 2015 while giving the Pats a supreme opportunity to potentially repeat as league champions. As always, I have already formed some virtually concrete opinions on just how Brady and the Pats will fare in 2015. Thanks to this fun-filled, yet informative inside look at ‘Mr. Tuck Rule’ himself, you’re going to find out what likely lies ahead for Tom Brady and the New England Patriots in 2015.

It’s ironic that, despite posting his lowest passing total in four seasons that Brady tied Pittsburgh Steelers signal-caller Ben Roethlisberger for the league passing title with 4,109 yards last season. After throwing for at least 4,343 yards in each of the previous three seasons, Brady narrowly eclipsed 4,100 yards while throwing fewer pass attempts than he has in each of the previous trio of campaigns. Having said that, see absolutely no reason to believe that Brady won’t challenge for the league passing title again in 2015. Not only did Brady lead New England to a stellar 12-4 mark in the regular season and the ensuing Super Bowl title, but he also led a Patriots offense that finished the 2014 regular season ranked 11th in total offense and ninth in passing while Brady finished the regular season fifth in touchdown passes (33) and an identical fifth in quarterback rating (97.4). Along the way, the Pats got stellar campaigns out of Pro Bowl tight end Rob Gronkowski (82 catches, 1,124 yards, 12 TDs) and wide receivers Julian Edelman (92 rec, 972 yards) and Brandon LaFell (74 rec, 953 yards). 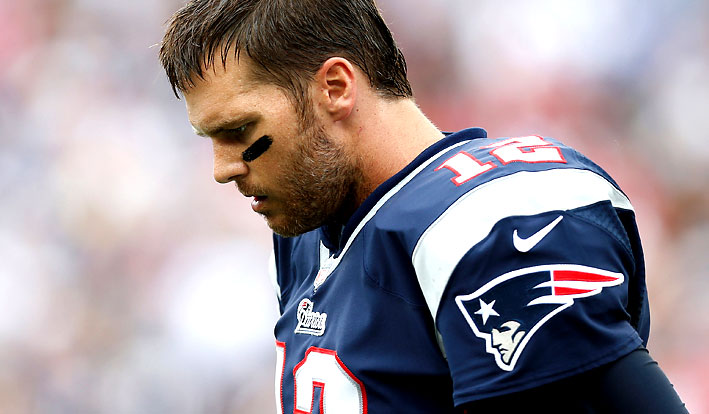 While I’ll be the first to admit that I’m not overly impressed with New England receiving corps, let me also say that Brady has succeeded before with mediocre receiving groups before and I suspect that he easily can again. New England added offensive linemen Tre’ Jackson and Shaq Mason in the fourth round and both could go a long way toward ensuring that Brady stays upright and healthy as he continues to move through the latter stages of his career. Make no mistake about it NFL betting enthusiasts, not only will Tom Brady challenge to repeat as the NFL’s top quarterback in 2015 right now it looks as though he could be the favorite.

While New England isn’t among my top two picks to win the 2015 Super Bowl, I do believe the Patriots are going to once again be legitimate title contenders that make a run to the AFC Championship game at the very least. 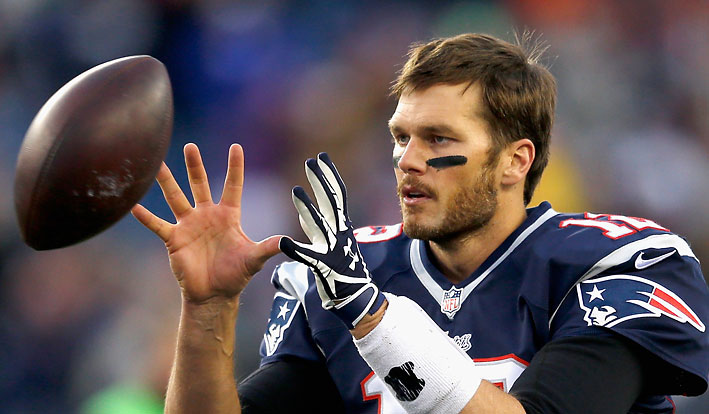 The incomparable Tom Brady has thrown for at least 4,000 yards in four consecutive seasons and really, if you look at his career body of work, you know the good thing about New England’s sure-fire future Hall of Famer is that it really doesn’t matter who the 10-time Pro Bowler is throwing the ball to. Brady simply makes the right play far more often than not for the perennial title-contending Patriots, thereby giving them a chance to win almost every time out. Whether you love them or loathe them, you had better believe that the New England Patriots will at least contend on 2015 and really, for as long as Tom Brady is their starting quarterback. Sources ESPN.com (http://espn.go.com/nfl/player/_/id/5536/ben-roethlisberger) Wikipedia.org (http://en.wikipedia.org/wiki/Tom_Brady)
Older post
Newer post