NFL News and Rumors
The Arizona Cardinals have been one of the league’s worst rushing teams the past few NFL betting seasons in part because of a very weak offensive line. So this offseason, the team signed 49ers guard Mike Iupati to help boost that line. He got a five-year deal worth $40 million and $22.5 million guaranteed.

A three-time Pro Bowl selection by age 27, Iupati ranks No. 4 on Around The NFL’s top 101 free agents. He was reported to be drawing interest from the Jets, Bills, Raiders, Chargers, Vikings and Redskins as well as the Cardinals. Although merely average in pass protection, Iupati has been one of the NFL’s premier run blockers throughout his five-year career. The team signed left tackle Jared Veldheer to a big chttps://mybookie.ag/sportsbook/nfl/week-six/ontract last offseason. Iupati was likely to line up next to Veldheer, giving the Cardinals a completely remade — and very talented — left side. Well, that will be delayed. Iupati will have to undergo arthroscopic knee surgery that will sideline him for about six weeks, maybe eight. Coach Bruce Arians told reporters Wednesday morning that he was sending Iupati to the doctor because of swelling in his knee. 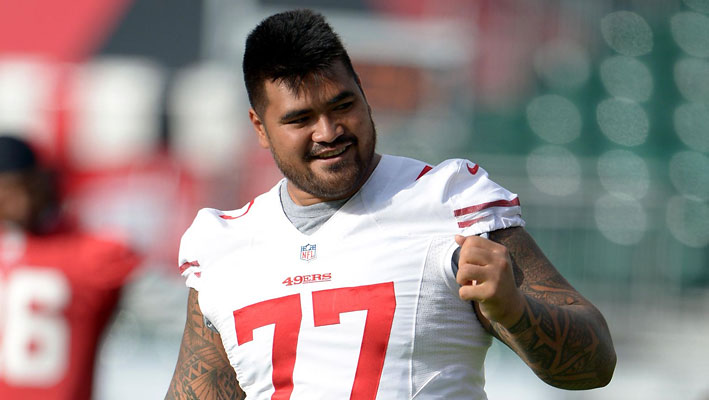 With Iupati and Veldheer solidifying the left side and 2013 first-round guard Jonathan Cooper finally healthy and ready to join Bobby Massie on the right side, the Cardinals had reason to believe the offensive line would be a team strength in 2015. That’s no longer the case. In addition to Iupati’s early season absence, Massie is facing a three-game suspension in September. The suspension is the result of an incident from Super Bowl week as Massie was arrested for being intoxicated behind the wheel at the Cardinals’ facility. There are also concerns at center, as the underwhelming play of A.Q. Shipley and Ted Larsen forced Arizona to bring back declining veteran Lyle Sendlein. The Cardinals can’t afford to have liabilities on the line with Carson Palmer returning from ACL surgery. Arizona plays its final preseason home game on Saturday night against San Diego as a 2,5-point favorite. The Cardinals opened the preseason with a 34-19 loss to Kansas City. In his first game since tearing an ACL last Nov. 9, Palmer was 4-for-4 for 77 yards, directing a seven-play, 80-yard touchdown drive to start the game before sitting down for the night. Palmer, who said he never took a single hit, threw over the middle to Andre Ellington on a 57-play to highlight the seven-play, 80-yard drive. Logan Thomas, trying to hold off rookie Phillip Sims for the No. 3 quarterback spot, completed 9 of 15 for 107 yards. 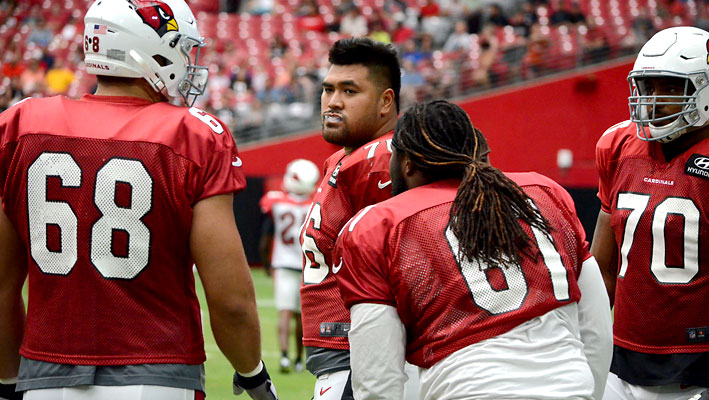 Arizona added running back Chris Johnson into the fold this week, but it remains to be seen whether the former rushing champion will see his first action on Saturday. San Diego beat Dallas 17-7 to open the preseason. Danny Woodhead scored on an 8-yard run in his first game since September. Woodhead scampered through a big hole provided by the rebuilt line to cap San Diego’s first drive and give the Chargers a 7-0 lead midway through the first quarter. He suffered a season-ending broken right ankle in the third game last year. RB Melvin Gordon, the 15th pick overall in the draft, carried six times for 11 yards. But he’s likely out for this game with a minor injury. The Chargers and Cardinals have met 21 times in the preseason and the Chargers hold a 12-9 series edge. The Chargers have won the last six preseason meetings, including a 12-9 victory in San Diego in the 2014 preseason finale for both teams. The Chargers have won their last five preseason games played in Arizona with victories in 2013 (24-7), 2011 (34-31), 2009 (17-6), 2007 (33-31) and 2004 (38-13). Sources NFL.com (http://www.nfl.com/news/story/0ap3000000474533/article/top-101-nfl-free-agents-for-2015) Rotoworld.com (http://www.rotoworld.com/player/nfl/5297/danny-woodhead)
Older post
Newer post