NFL News and Rumors
The Kansas Chiefs and Denver Broncos will both look to move to 2-0 when they square off in their Week 2 AFC West divisional battle, but only one team is going to walk away victorious. Let’s find out if the Broncos can pull off the road upset or whether the Chiefs will send their hated visitors packing with a swift kick in the rear.

If you’re looking to get out of work to watch the Chiefs on Thursday night, Andy Reid has your back. (via @chiefs) pic.twitter.com/aZOv1r7xVX

The Kansas City Chiefs (1-0 SU, 1-0 ATS), had a modest performance in their regular 27-20 season opening win, but still managed to routinely dismantle a Houston Texans team that has some pretty serious quarterback problems just two games into the regular season. Kansas City’s aggressive defense consistently harassed the Texans and mediocre quarterback Brian Hoyer into a series of early mistakes that likely will cost Hoyer is starting job after just one week. 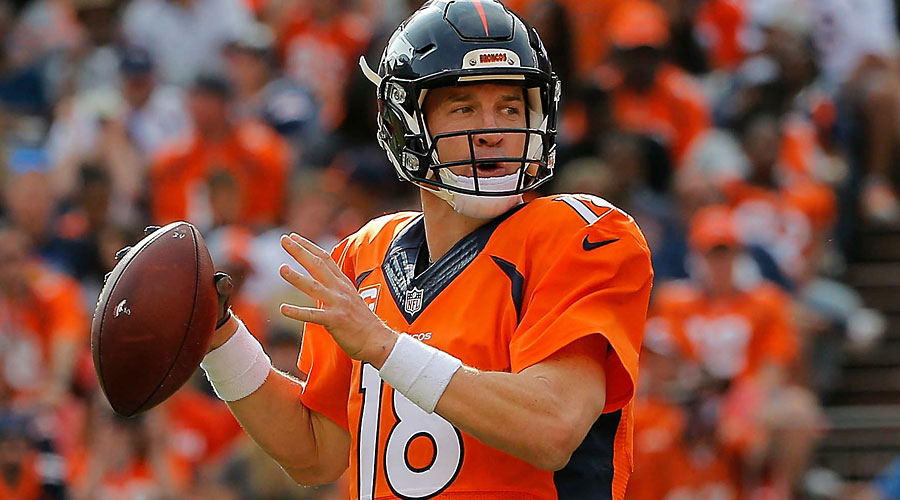 Anyway, Kansas City quarterback Alex Smith had a typical game in completing 22 of 33 passes for 243 yards with three touchdowns. “We got the couple of turnovers in the red zone and were able to capitalize and I think in the end that was the difference,” Smith said. Despite the solid win, things didn’t always go smoothly for Kansas City with the Chiefs up 27-9 at the half but going scoreless in the second half. “It’s tough to turn the ball over a couple of times and win the game,” Kansas City head coach Andy Reid said. “With that we were able to score points … and get up fairly quickly and decisively.” Tight end Travis Kelce caught six passes for 106 yards and two touchdowns in the win. The Denver Broncos (1-0 SU, 1-0 ATS), won their regular season opener by beating Baltimore 19-13 to narrowly cash in as a 4.5-point home favorite, but Peyton Manning and the team’s offense largely struggled throughout the surprisingly underwhelming affair. 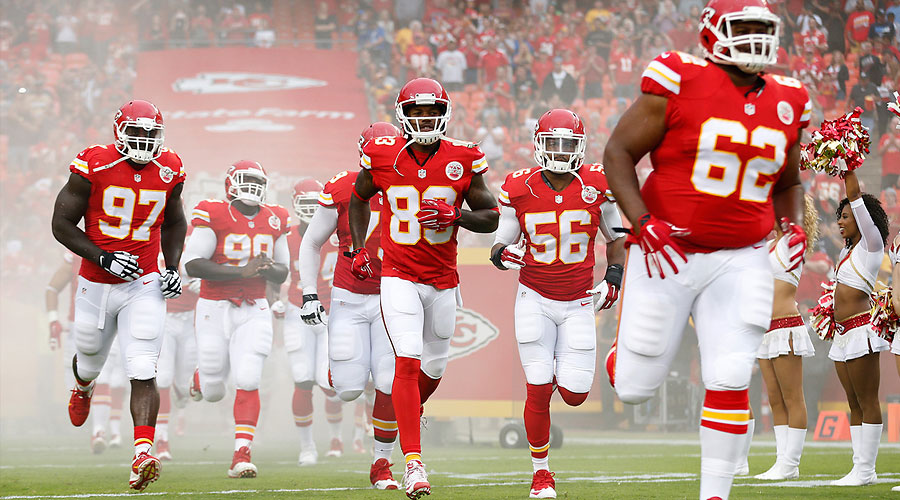 Manning went 24 of 40 for 175 yards but the aging future Hall of Famer was sacked four times and tossed one interception in the win. When asked to grade his performance afterward, Manning said, “I’m going with fair.” Denver’s new offense under head coach Gary Kubiak is designed to mix in far more run plays to compliment Manning’s passing, which, to me, looks like it has lost a lot of zing. Broncos’ safety Aqib Talib, who scored Denver’s only touchdown, tried to soften the outcry after Denver’s poor offensive showing. “I think John Elway had like 115 yards and won the Super Bowl one time, so it’s definitely possible,” Talib said. Defensively, Denver picked off Baltimore quarterback Joe Flacco twice and sacked him on two other occasions.

Seeing the ‘new-look’ Broncos in Week 1 makes me wonder a bit about why Gary Kubiak is planning on having Peyton Manning throw the ball a lot fewer times this season. I know Manning’s arm strength is clearly not what it used to be, but seeing as how the Broncos’ offense never looked as pedestrian as it did in their Week 1 win over Baltimore, I’m thinking Kubiak had better let Manning throw the rock around more in their Week 2 matchup against Kansas City. Having said that, I think the Broncos and their ‘slow-down’ offense are ripe for the picking in this AFC West divisional matchup. Kansas City has an elite defense and can get after the quarterback as well as any team in the league. I suspect that Kubiak will again, go run-heavy in this contest, thereby effectively limiting his own team’s offensive explosiveness and giving Alex Smith and the Chiefs a better opportunity to win and cover the spread in my estimation. 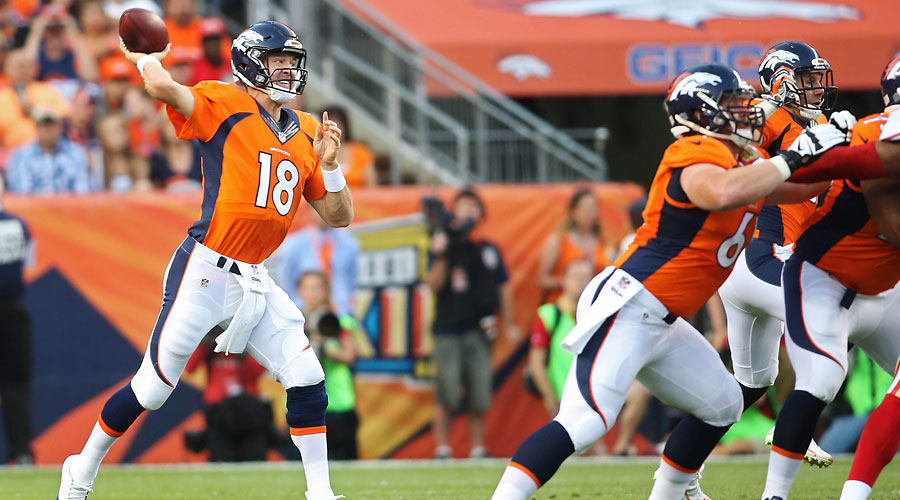 Kansas City has gone 4-0 ATS in their last four games in the month of September and a near-perfect 6-1 ATS in their last seven home games. Manning and the Broncos have posted a dismal 0-5 ATS mark over their last five games following an ATS win while Kansas City has also posted an encouraging 6-2 ATS mark in their last eight games against their AFC West division rivals. Sure, the Broncos are also 5-1 ATS in their last six road dates against the Chiefs, but that was before Gary Kubiak came along and altered the Broncos’ offense, making them clearly less potent that they’ve ever been. Just think, prior to this season, the Broncos were a virtual lock to reach the 30-point plateau. Now, after watching their mediocre performance against Baltimore in their regular season opener in which Manning’s longest completion was just 18 yards, I’m thinking that Denver is going to struggle to cover the spread far more often than not in 2015. 59 percent of public bettor like the Kansas City Chiefs to win and narrowly cover the spread and so do I, seeing as how this intriguing Week 2 matchup looks like a ‘classic field goal game’ waiting to happen. In addition to that, I’m going to play the Over and go with the 66 percent of public that must think the O/U Total for this game is a tad too low. The Over is 9-4 in Denver’s last 13 road games against a team with a winning record and I think the Total is just a bit low, even though I’m certainly not expecting an offensive explosion in this contest. The Picks: Kansas City -2 Points/Over 43.5 Total Points
Older post
Newer post