NFL News and Rumors
With the most meaningful week of the preseason about to get underway in a mere matter of hours, NFL betting fans across the globe need to know who’s going to win and cash in like never before! Thankfully, that’s where I come in. You see, thanks to the ‘trifecta’ of expert Week 3 NFL preseason picks that you’re about to get, you’re going to have a chance to cash in not once or twice, but a whopping three times – and hey, if you wanna’ mail me some of your earnings, I’m not gonna’ stop you.

#Giants fans are you ready for the #MetLifeBowl? It’s just 2 days away! Where to watch/listen: http://t.co/cC83wdSt4v pic.twitter.com/6g0ygBSXGh

All jokes aside, let’s get down to the business at hand – picking Week 3 winners.

The New York Giants and Jets both won their respective Week 2 matchups and come into their All-Big Apple showdown sporting identical 1-1 SU and ATS marks through two preseason games. So, why are the Giants virtual locks to bring home the bacon in this Week 3 pairing against the Jets? Simply because they’re the better team on both sides of the ball. 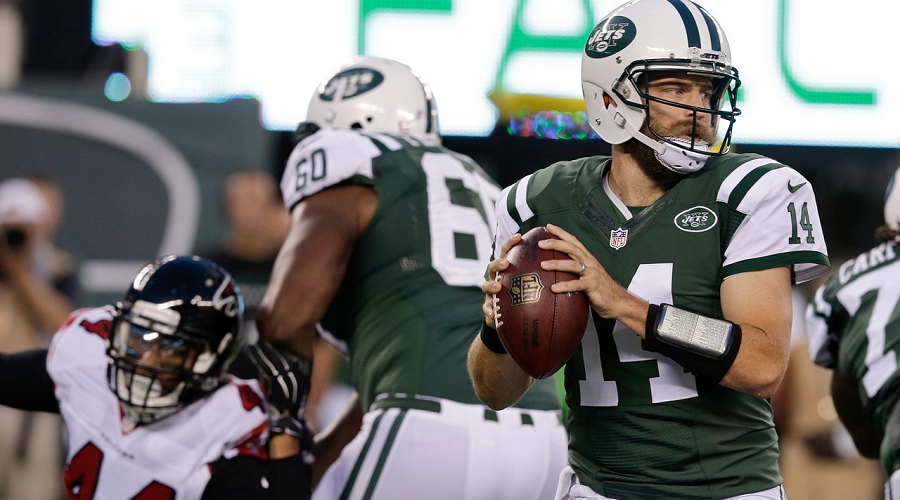 The Jets beat Atlanta 30-22 in Week 2, but couldn’t stop Matt Ryan and the Falcons’ first-team offense at all before they departed, but did get some solid performances along the way. Quarterback Ryan Fitzpatrick, who played just one series in Week 2, finished 13 of 19 for 118 yards before being replaced by Bryce Petty late in the first half. Still Ryan was shaky at best until the Falcons pulled their first-team defensive starters.”There’s definitely some room to grow after that performance,” Fitzpatrick said. 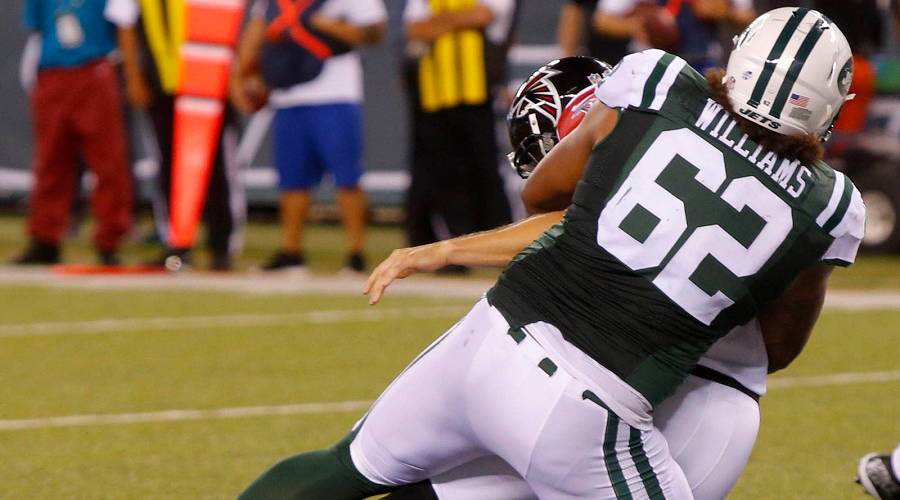 New York’s best performance came from first round draft pick Leonard Williams who sparked the team with a sack for a safety. “He made two big plays,” coach Todd Bowles said, “and kind of turned it around for everybody.” 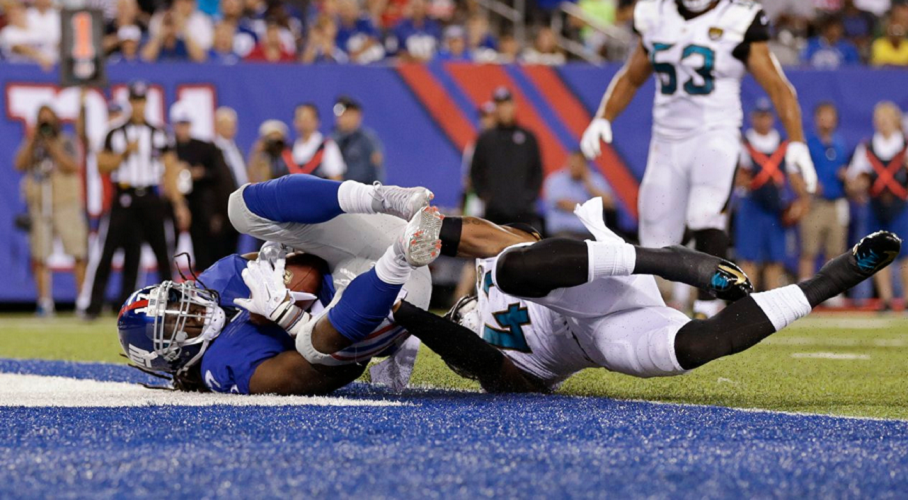 The Giants will enter the 2015 regular season looking to get back in the postseason after missing out on the playoffs in each of the last three seasons. The G-Men managed to beat Jacksonville 22-12 in Week 2, but saw Eli Manning and the first team offense struggle mightily – again. 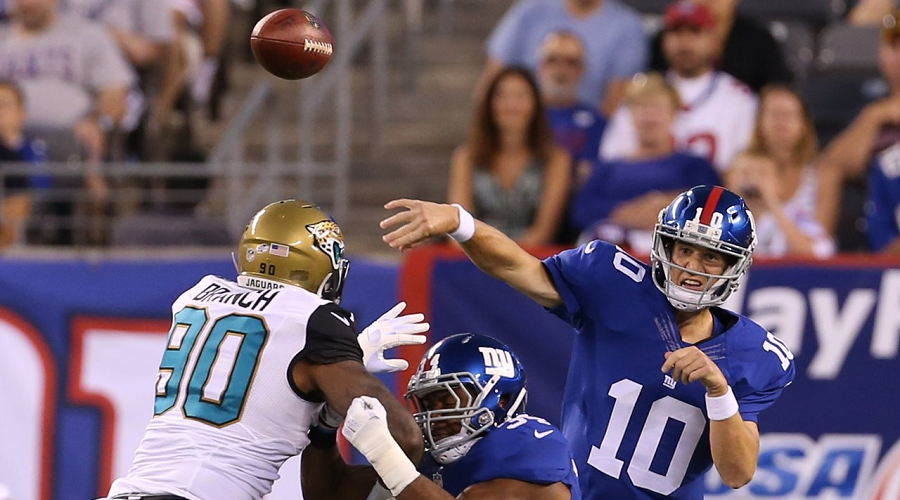 New York’s two-time Super Bowl MVP finished the game 4 of 14 for 46 yards in three series. Electrifying wide receiver Odell Beckham Jr. was targeted five times, but had no catches and one red-zone drop, while being ‘targeted’ by the Jags’ defensive backs. 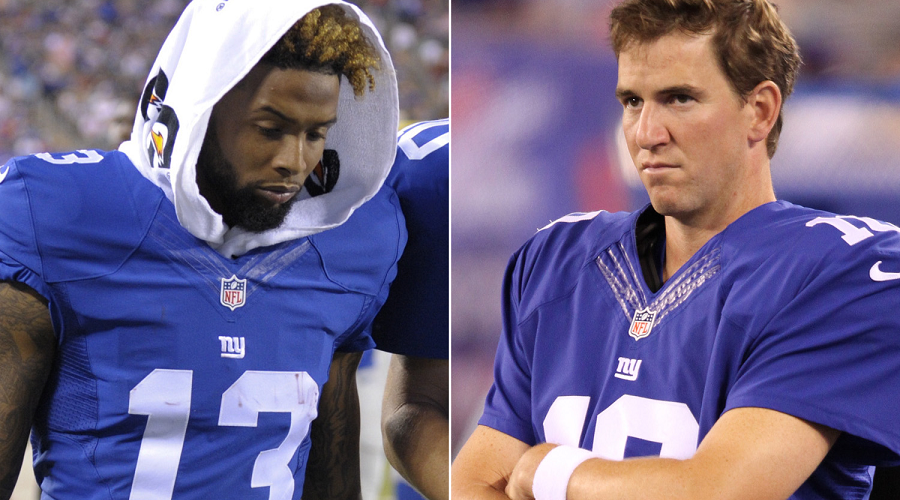 “I don’t think we were far off on a number of them,” Manning said of Beckham. “We were pretty close on both of them. We’ll keep repping things and getting a good look at it.” The Giants offense has produced just one field goal in seven series. “We’ve got to get better,” Manning said.The Pick: I really like the Giants to go all out in this one in an effort to get their offense in gear. The Giants have a lot more to play for in this contest and I suspect they definitely don’t want to lose to their in-state – and rebuilding – rivals.The Jets are 0-4-1 ATS in their last five meetings against the Giants and they’re going down one more time in this one. 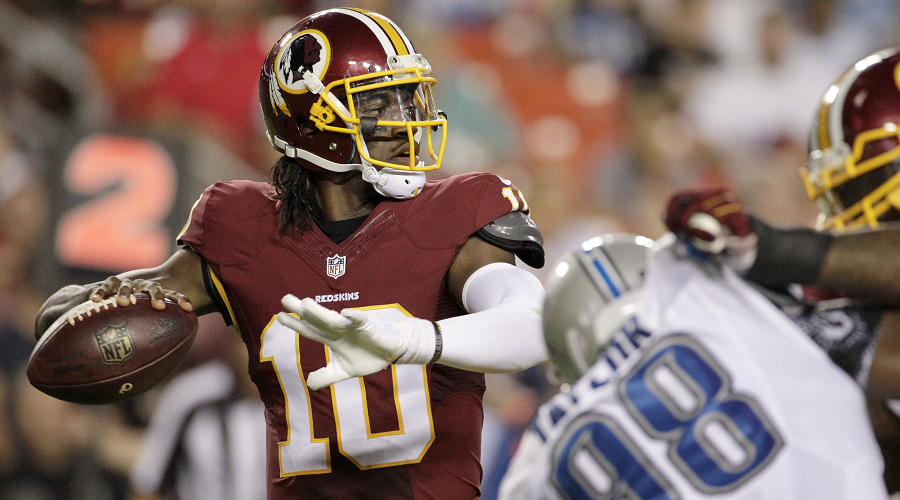 Despite beating Detroit 21-17 in Week 2, RGIII and the Washington Redskins already look like a complete mess to me. Griffin III was knocked out of last week’s affair, but the Skins did a pair of fine performances from backups, Colt McCoy and Kirk Cousins. 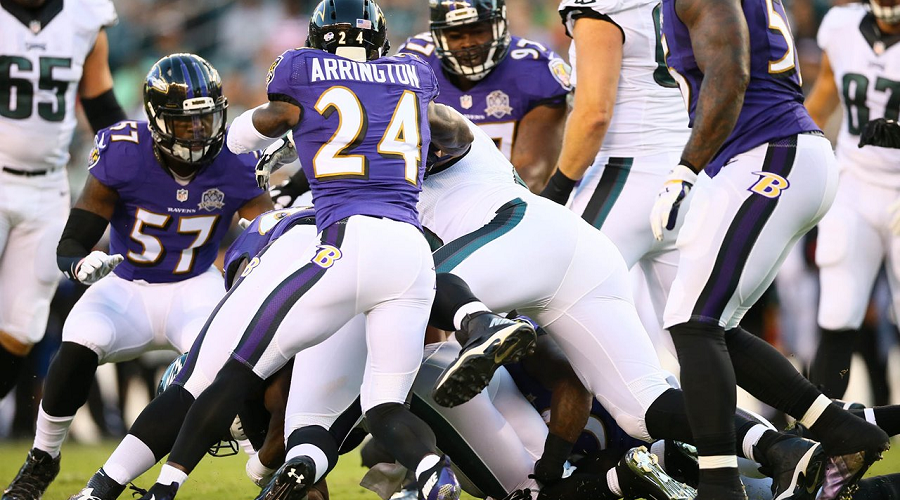 Nevertheless, the Baltimore Ravens are the pick to get this Week 3 win, particularly after getting blown out by Philadelphia 40-17 in their own Week 2 preseason showdown. The good news for the Ravens is that they’ll play Joe Flacco and their starters far longer than they have so far this preseason and should be able to have their way against a Redskins team that just doesn’t look very competent. 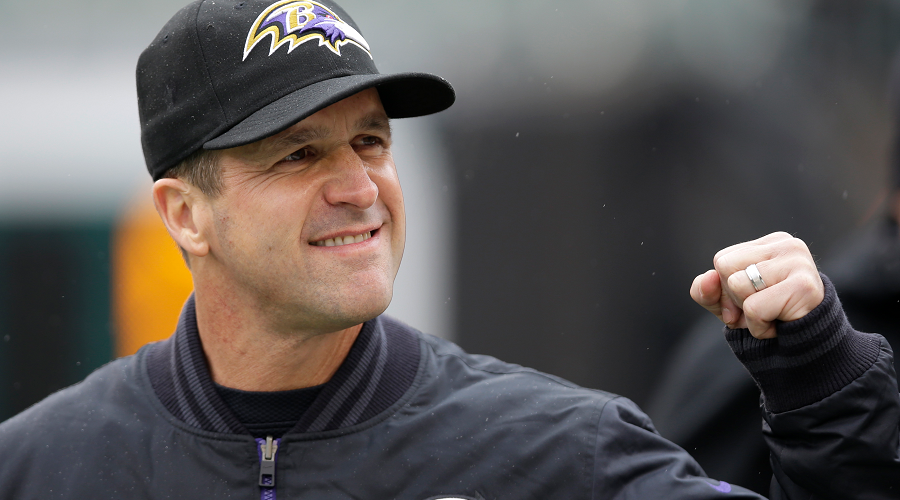 Last but not least, let me also say that Baltimore head coach John Harbaugh could coach circles around Washington’s Jay Gruden – in his sleep no less.The Redskins are 4-10 ATS in their last 14 road games and will take a Rhonda Rousey-like beating from Baltimore in this one 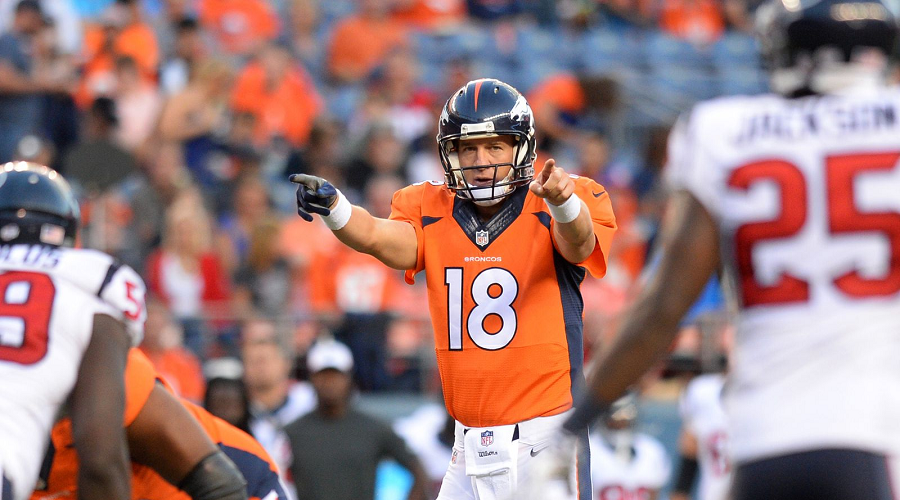 Denver has played Peyton Manning sparingly, but they haven’t missed a beat, mostly because backup signal-caller Brock Osweiler looks like he could start for half of the teams in the league, not to mention the fact that the Broncos’ defense looks like it could be seriously dominant this season. 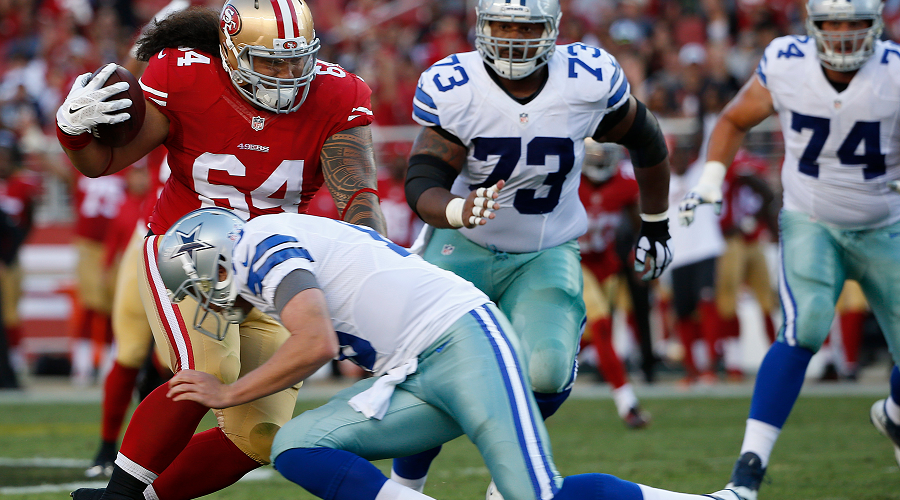 The 49ers are 0-5-1 ATS in their last half-dozen games overall and are going to rue the day they jettisoned stupendous former head coach Jim Harbaugh.Denver has gone 9-3 ATS in their last 12 Saturday games and will handle the Niners in this one as they play their starters at least a full half.