NFL News and Rumors
The Miami Dolphins will fly across the country to take on Chicago Bears in a preseason-opening contest that has attracted a lot of enthusiasm in our NFL odds and lines. This Week 1 premiere for both teams is expected to give NFL betting fans a taste of what is in store in the 2015 NFL season. Can Ndamukong Suh and the Dolphins swim to a productive start, or will the Bears claw their visitors at Soldier Field? Let’s find out, as we take you through a short game preview of this enticing clash.

Betting on the Miami Dolphins

The Dolphins are looking for a big season that will see them go all the way to the playoffs for the first time since 2008. After making a big splash in the offseason, the Dolphins are poised to challenge for the AFC East title this year. But in order to do so, a morale-boosting preseason will be required from the team. 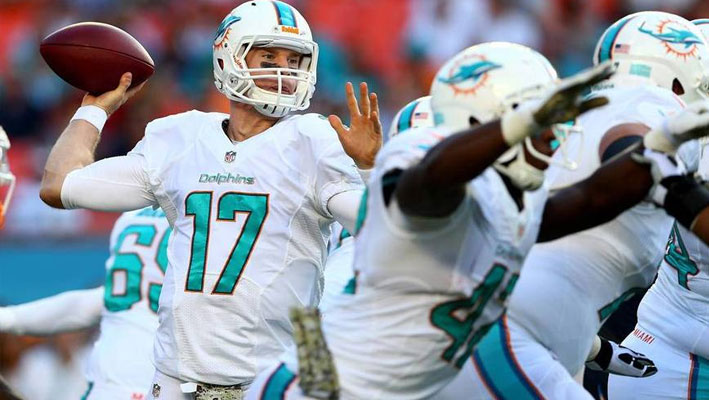 WR DeVante Parker is questionable to start in this preseason game, as he continues to rehabilitate his latest left foot surgery. However, not all is lost for the Dolphins who could rely on Greg Jennings in the Parker’s absence, as he seeks to provide leadership to the rest of the promising Miami receiving corps, including Jarvis Landry and Rishard Matthews, who are both healthy and ready for the game. Former Pro Bowl tight end Jordan Cameron will be coming off a 10-game season with the Browns after experiencing a number of multiple concussions during that period.  If he can stay healthy, the preseason will be a time to prove that he is worthy of a starting role in the new season amidst competition. Meanwhile, QB Ryan Tannehill, following his recently signed contract, should be buoyed to live up to the expectations, though it remains to see if he will be getting sufficient time as a starter this Thursday. 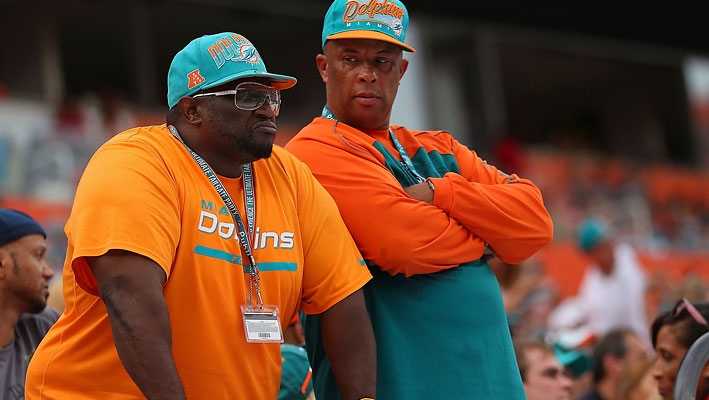 Defensively, Ndamukong Suh (DT), the most talented and feared Juggernaut in the D-line is likely to steal the show, but you can expect the likes of rookie DT Jordan Philips and pass-rushers Cameron Wake and Olivier Vernon to also bask in the preseason limelight. If the mentioned players will be fit and availed for Dolphins, the Bears could experience a nightmare in their own backyard.

Betting on the Chicago Bears

The Bears are hoping to return to the playoffs for the first time since 2011, starting by maintaining relevancy in the preseason games. After a massive staff overhaul in the Bears front office, it is difficult to tell whether QB Jay Cutler will still be the man to watch out for in the Bears attacking line on Thursday or the backups will get more time. That said, Cutler will be working with his fifth offensive coordinator in Chicago this year, along with a third head coach and general manager, so it will be important to note how he’s playing under the new leadership. 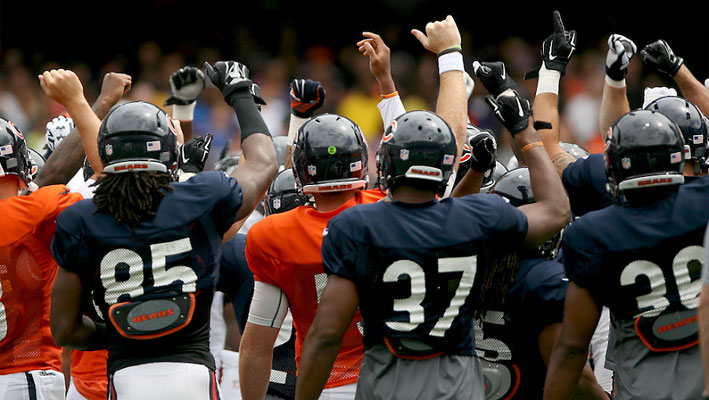 Besides Cutler, Chicago has a viable backup candidate in QB Jimmy Clausen. The backup, who played four games for Chicago in 2014, where he went 26-for-28 with 223 yards, two TDs and one pick, could get more reps as the team plans for life without Cutler, especially if he can’t deliver as expected.In the meantime, rookie WR Kevin White will be looking to alleviate the Bears’ offensive woes for the past few years. The former West Virginia wideout had 109 receptions for 1,447 yards with 10 TDs during his final year with West Virginia, making him a player worth watching in the preseason exhibition games. 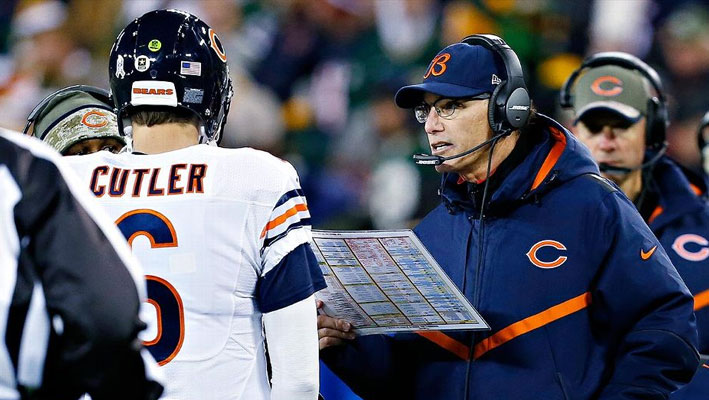 Notably, the Bears defense will be playing under a new defensive coordinator Vic Fangio and will have to adjust to their new roles in Fangio’s 3-4 defense system. There is the rumored possibility of five-time Pro Bowler Jared Allen moving from his natural defensive end position to outside linebacker, which obviously complements his speed on the outside, but could affect his overall efficiency. Former first-round pick Shea McClellin (linebacker) could also see an improvement in his otherwise lackluster career, as he is likely to start the campaign from the inside linebacker position. With such changes, it’s not easy to pin-point what to expect from the new-look Bears defense, but a generally improved D-line can be expected, thanks to the presence of defensive guru Fangio in Chicago.

Going by the depth in both teams, Miami looks more endowed, hence well placed to beat the Bears, who have struggled a lot in the past in games without Cutler. So even with the home advantage, the Dolphins should be the best pick for a road SU and ATS, though with an UNDER in the game total.SourcesESPN.com (http://espn.go.com/blog/miami-dolphins/post/_/id/16137/updating-miami-dolphins-injuries-2)ChicagoBears.com (http://www.chicagobears.com/news/article-1/Coaches-Corner-with-Vic-Fangio/dd52bbd6-f6c6-4dc1-af17-bf937135306b)
Older post
Newer post