NFL News and Rumors
One of the stories that has been doing rounds in the media lately is that of Eric Berry and his return to the NFL. Most NFL betting enthusiasts can easily remember that, a while back, Kansas City’s safety Eric Berry was diagnosed with cancer after complaining of chest pains, following the game against the Oakland Raiders in 2014. Reportedly, a mass was discovered inside his chest, in what turned out to be the Hodgkin Lymphoma disease, a type of blood cancer that forced him to end his season and undergo treatment at the Emory University in Atlanta. He was placed on the Chiefs’ non-football illness list, meaning his season had to come to an end. 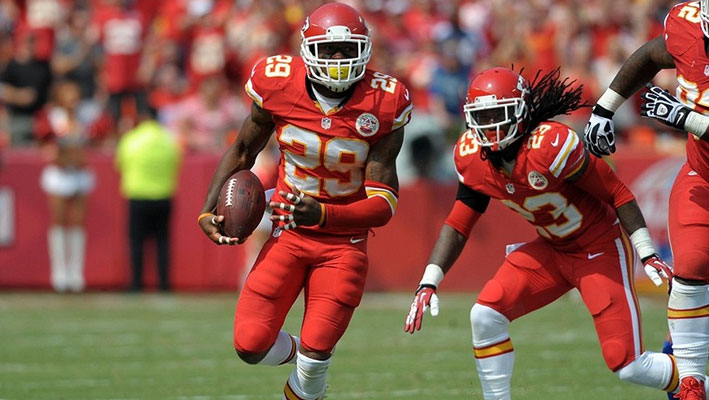 Fighting cancer is one of the most painful processes anyone can go through, but Berry shown unusual strength throughout his trying time. Berry’s passion for football, something that is known based on his achievements college football and the NFL,pushed him to fight through the illness. Just to mention a few of his accolades, he was ranked among the top 50 players in the NFL in 2014. Three times, he has appeared in the Pro Bowl, and he also earned a first team All Pro call-up. His college awards included• Jim Thorpe Award (2009)• Jack Tatum Trophy (2008, 2009)• Unanimous All-American (2008, 2009)• First-team All-SEC (2008, 2009)• SEC Defensive Player of the Year (2008) 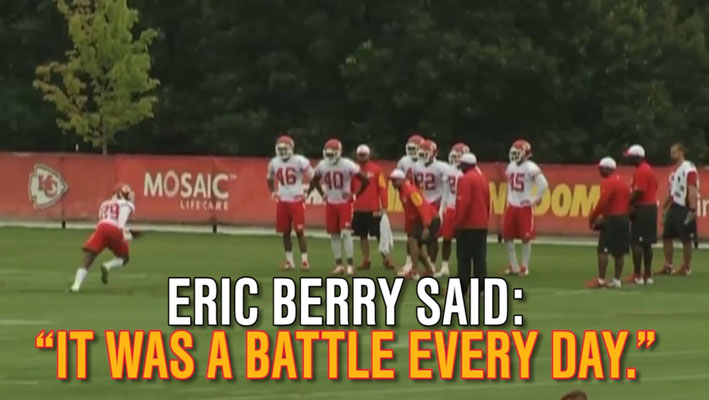 Almost nine months later since the diagnosis, the Chiefs, via their official twitter account, announced that Berry had been officially cleared to return to training in preparation for the 2015 season. This followed the completion of his treatment in June, though had to wait until July as it was not clear if the cancer had fully been dealt with. Early last week, he looked good in practice, showing great strides in training and even attempting diving plays, as he’s been known to do. 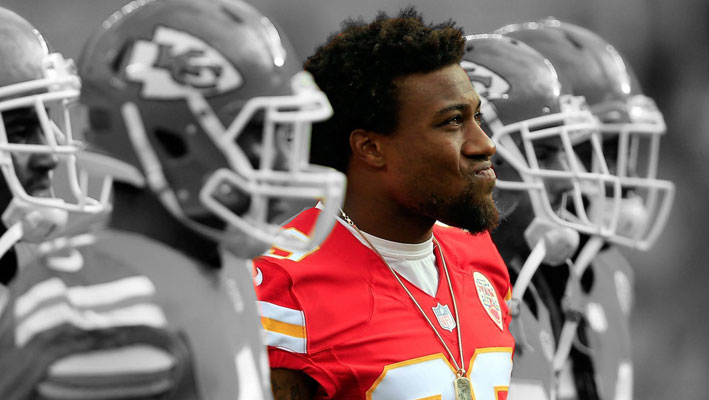 The story of Eric Berry is one that will stay around for years to come, not just in the NFL but in the world of sports at large. This is a story of a true champion both on and off the field. Having battled this killer disease and emerged as the winner, this man is surely in every football fan’s hall of fame. He has not just inspired his peers, but even the younger ones that could be suffering from other issues. It is a great lesson that, if one is determined, he or she can achieve anything, no matter what obstacles come his way.Whether an organization picks him up or not as an ambassador, he is already an ambassador of hope, some of his teammates even comparing him to Superman. He is rightfully admired by many, not just as a survivor, but as a living proof for others to learn from, something that is affirmed by many people who’ve shown support since his diagnosis and return to the league. A good example is Indianapolis Coach Chuck Pagano, who was recently seen wearing a shirt in Colts training camp to honor Berry’s fight against Cancer. 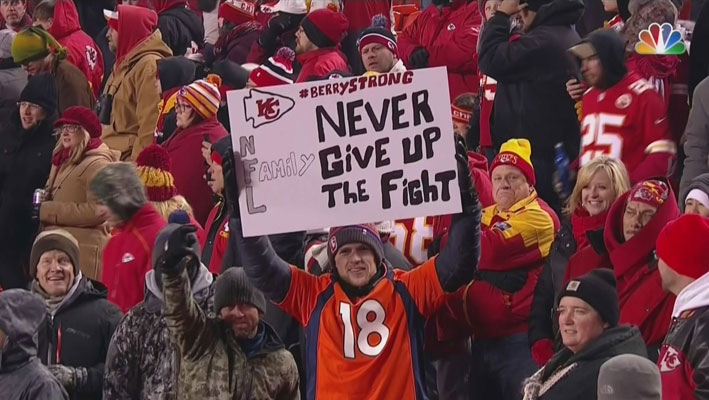 Going by Berry’s records, it is clear that the NFL missed him and his return couldn’t come at a better time when the Chiefs are looking strong and motivated for a big season in 2015. With Berry around, there’s no doubt that the Chiefs are a better team, so a great showing can be expected from the team in the course of the season. Sources:ESPN.com: http://espn.go.com/nfl/story/_/id/12000374/eric-berry-kansas-city-chiefs-diagnosed-hodgkin-lymphomaKnoxnews.com: http://www.knoxnews.com/govolsxtra/football/colts-coach-chuck-pagano-honors-fellow-cancer-survivor-eric-berry
Older post
Newer post