NFL News and Rumors
It’s the classic tale of two teams headed in different directions meeting in Week 4 of the preseason games, when the undefeated Kansas City Chiefs (3-0) close out their pre-season schedule with a trip to Edward Jones Dome, Saint Louis to face the winless St. Louis Rams (0-3) on Thursday, September 3, 2015. So whereas the shaky Rams team could use another four preseason games in preparation for the new season that is nigh before us, the sturdy Chiefs can’t wait to start ruling in the Week 1 regular-season meeting against Houston

Adding further intrigue to this already interesting matchup, the Chiefs have a lot at stake in the NFL odds, as far as history and superstition is concerned. Apparently, the last time the Chiefs won all their preseason games in 1969, the team went on to claim the lone Super Bowl win in the franchise history.And as if that is not a motivation good enough for the Chiefs to fight for a win, NFL betting history shows that, over the last 15 years, three teams that have gone unbeaten in the preseason games went on to win the Super Bowl (The Ravens in 2000, The Patriots in 2003 and the Seahawks in 2013). Interestingly, in that 15-year span, no winless preseason team has gone on to win claim a win in the Super Bowl. 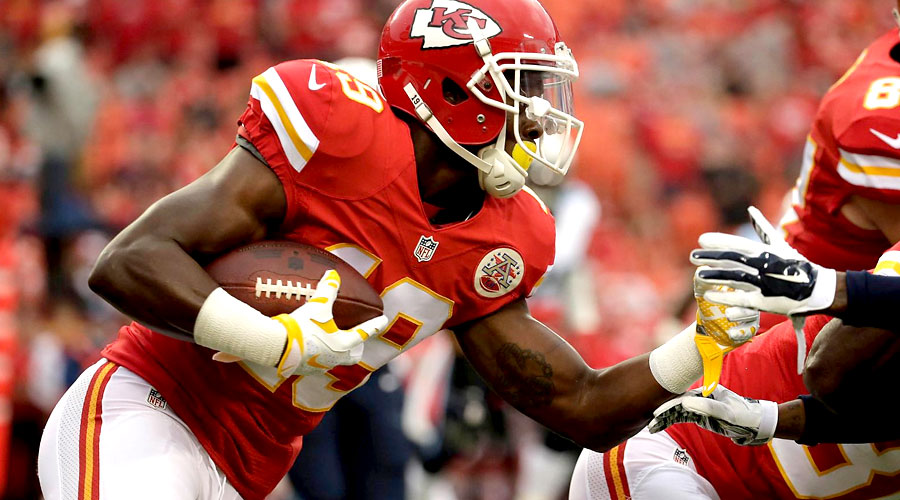 Indicative betting intelligence or simple coincidence? That’s for you to decide…  And while you do that, let’s take a few minutes off your time to preview this Chiefs-Rams matchup, commonly dubbed as the Governor’s Cup– a trophy awarded when the two teams from Missouri meet either in the preseason or regular season.Venue: Edward Jones Dome, St. Louis, MissouriDate: Thursday, September 3, 2015Time: 8:00 PM ETTV: KCTV (CBS/5 – Kansas City) and KTVI (FOX/2 – St. Louis)

As always, the score of preseason games rarely matters; the real winners or losers are usually those players who play well enough to earn roster spots in the final 53-man roster. But don’t try telling that to Kansas City supporters. In fact, don’t even dare mentioning that to backup quarterback Chase Daniel, a seven-year veteran who knows too well about the cuts. 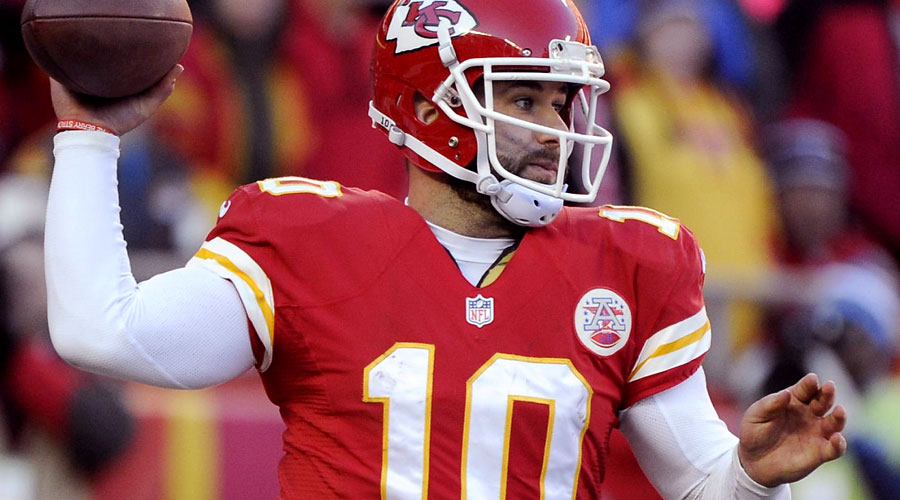 Of course, Daniel has nothing to worry about this week. As he prepares to make the start against St. Louis in place of Alex Smith, Daniel can take comfort in the fact that he’s been playing the best football of his career this preseason, completing 25 of 33 passes for 271 passing yards, four TDs and a 139.0 quarterback rating, which is good for seventh-best in the league. So although unseating Smith (who impressively completed 16 of 18 passes for 172 yards and two TDs in last week’s 34-10 win over Tennessee) doesn’t look likely in the regular season, Kansas City can be sure that they have a man to look up to, in case the starting QB suffers an injury or is suspended. Not to mention, there is always a third option in Aaron Murray, who is coming off a solid showing against Tennessee, where he added 146 yards and two TDs in a 15 of 20 passes. 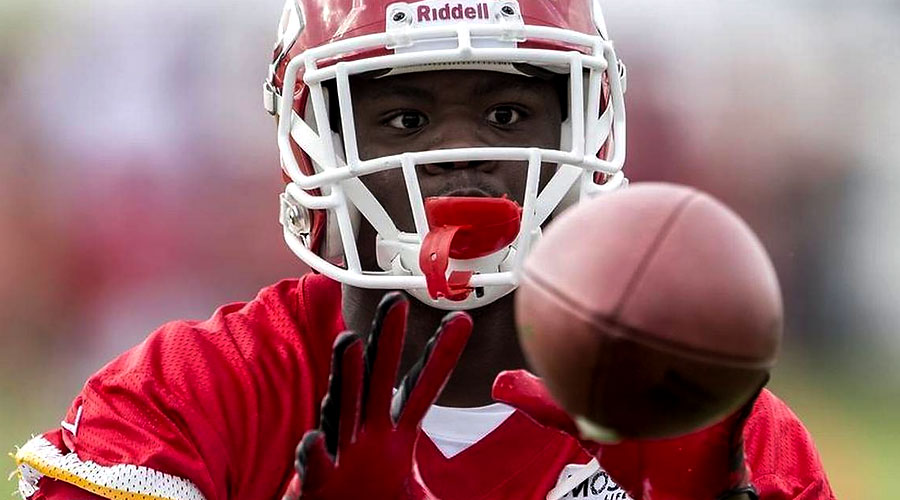 In the offensive supporting cast, the Kansas City Chiefs are expected to welcome back TE Demetrius Harris, who returned to practice earlier this week after suffering a broken-foot injury since last November. Harris’ return comes at a good time, bearing in mind the injury to TE Travis Kelce, which is projected to keep him out of Thursday’s game. The running back and wide receiving positions have enough depth, so whoever joins Harris in the offense should be good enough to assist the QBs.Over their past three preseason games, the Chiefs have admirably shown strength in the defense, and going by the inconsistent nature of St. Louis’ defense, another good defensive showing looks likely this Thursday, even in the absence of offensive tackles Eric Fisher and Jeff Allen. Still, be on the lookout for positional battles at right tackle, right guard and linebacker. 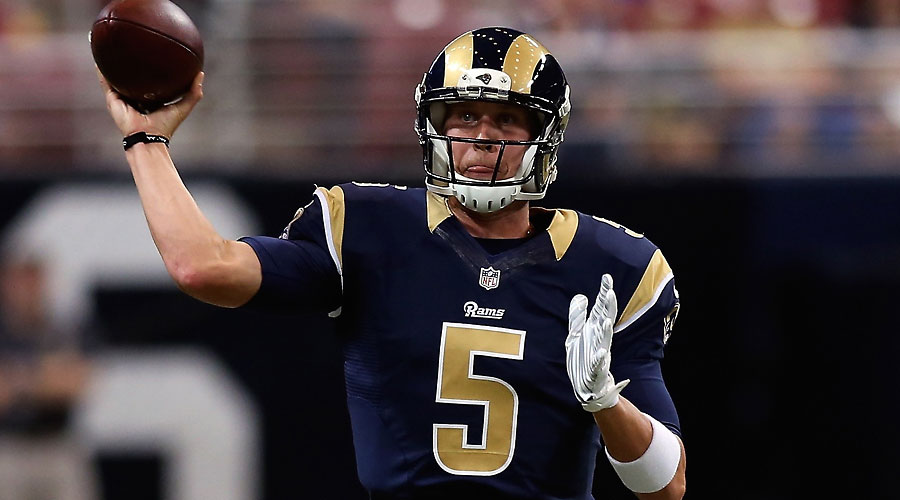 In the St. Louis camp, things have seemingly not been going right in the preseason, a fact that is affirmed by their 0-3 record and a disappointing 24-14 loss to the Colts last week. On a positive note, though, newly signed QB Nick Foles gelled decently with the starters, completing 10 of 11 passes for 128 yards and a TD. It would be lovely to see Foles going against Kansas City’s defense, but since he’s the team’s starting QB, it looks unlikely for that wish to be granted. Essentially, that means we will probably be seeing more of Sean Mannion, who went 6-of-13 for 47 yards against the Colts last week.Irrespective of who gets most reps at QB, the Rams will need to get things going in their O-line, especially in regards to protecting the man under the center. In their three preseason games, the O-line has given up seven sacks and has been found wanting by many defensive units, often exposing the QBs to relentless pass-rushing. Solving this offensive line problem will be crucial, going by the daunting nature of Kansas City’s pass rushing unit. 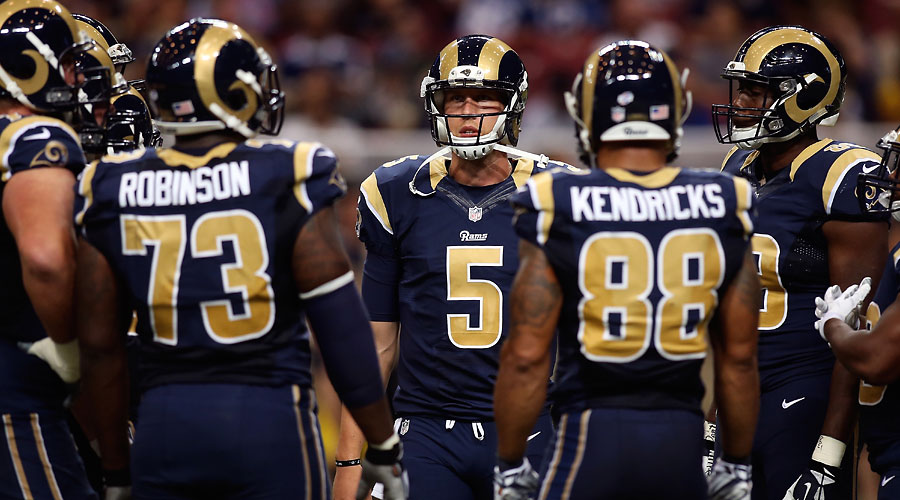 Take the Chiefs, led by Daniel, to exploit the strength of their explosive offense to claim a hard-earned win in a shootout affair that will take the total OVER 40 points.SourcesNFL.com (http://www.nfl.com/player/chasedaniel/81284/profile)ESPN.com (http://espn.go.com/blog/nflnation/post/_/id/177163/timing-of-travis-kelce-injury-couldnt-be-better-for-chiefs)
Older post
Newer post