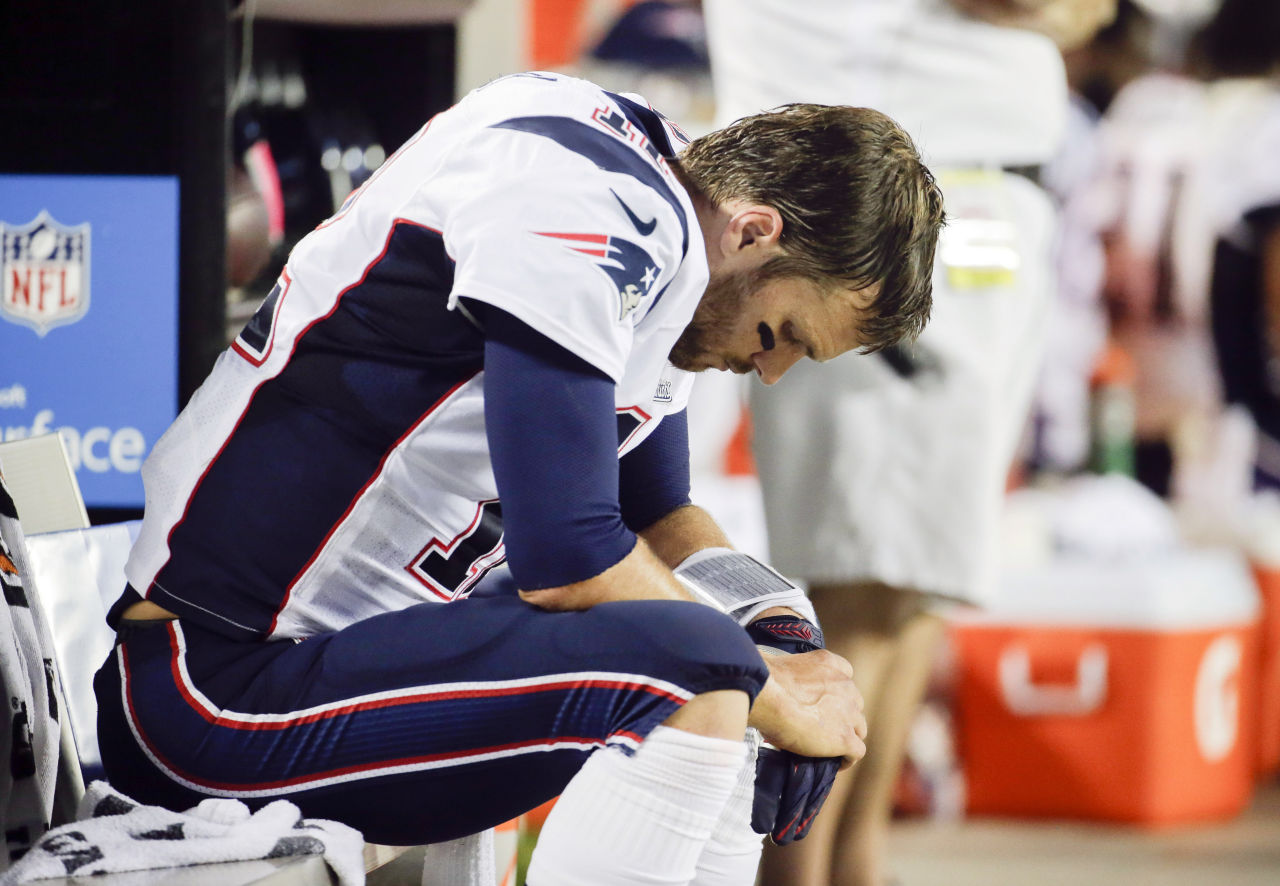 NFL News and Rumors
The 2-2 New England Patriots are having a season to forget and it could be a whole lot uglier on Sunday Night Football when they host the undefeated 3-0 Cincinnati Bengals, at Gillette Stadium at 8:30 PM ET in the NFL week 5.The Patriots were decimated by the Kansas City Chiefs on Monday Night Football, 41-14, with QB Tom Brady throwing for just 159 yards, 1 TD and 2 INTs, one of those which was returned for the infamous celebrating on the ground touchdown.The Cincinnati Bengals are coming of an early bye week and are tops of the AFC Conference with an undefeated straight up and against the spread record.

Should You Bet On Tom Brady?

Patriots QB Tom Brady has thrown 791 yards after four weeks, with 4 TDs and 2 INTs and has 5 fumbles, but the most incredible number is his passer rating which is at 79.1, third worst amongst current starting quarterbacks.According to our number crunchers, no starting quarterback has been sacked quicker than Tom Brady this season. On average opponents are able to rip through his offensive line and sack Brady is 2.78 seconds.Brady (49,940) needs 60 yards passing to become the sixth quarterback in NFL history with 50,000 yards in his career.The Bengals defense has recorded 7 sacks this season in three games, and keep in mind that Cincinnati sacked Tom Brady four times in the only 2013 meeting between the two sqauds, where the Bengals won 13-6.Should Brady be affraid of the Bengals D? Since 2012, Geno Atkins leads all defensive tackles in the NFL with 18.5 quarterback sacks. Fellow Bengal and DE Carlos Dunlap is looking to post a quarterback sack in his fourth consecutive game.Brady has won four of five against the Bengals, passing for 1,134 yards, 10 touchdowns and a quarterback rating of 99.1.

The Patriots defense is the best in the league in yards allowed through the air with 185.5 yards per game, but the offense they are facing on Sunday night is proven to be one of the most balanced in the NFL. Of Andy Dalton’s 722 passing yards, 495 of them have come after the catch, and that is 68.6% of his yards which is the highest rate among starters.New England’s rushing defense is 23rd stopping the run in the NFL, allowing 129.8 yards, and the Bengals’ offense average 121.7 rushing yards. The Patriots allowed 207 yards from the Kansas City Chiefs from the combination of RBs Jamaal Charles and Knile Davis.In his past six games at home, Bengals running back Giovani Bernard is averaging 99.5 yards from scrimmage per game with three touchdowns. Fellow RB and rookie Jeremy Hill is looking to score a touchdown in his third straight game.