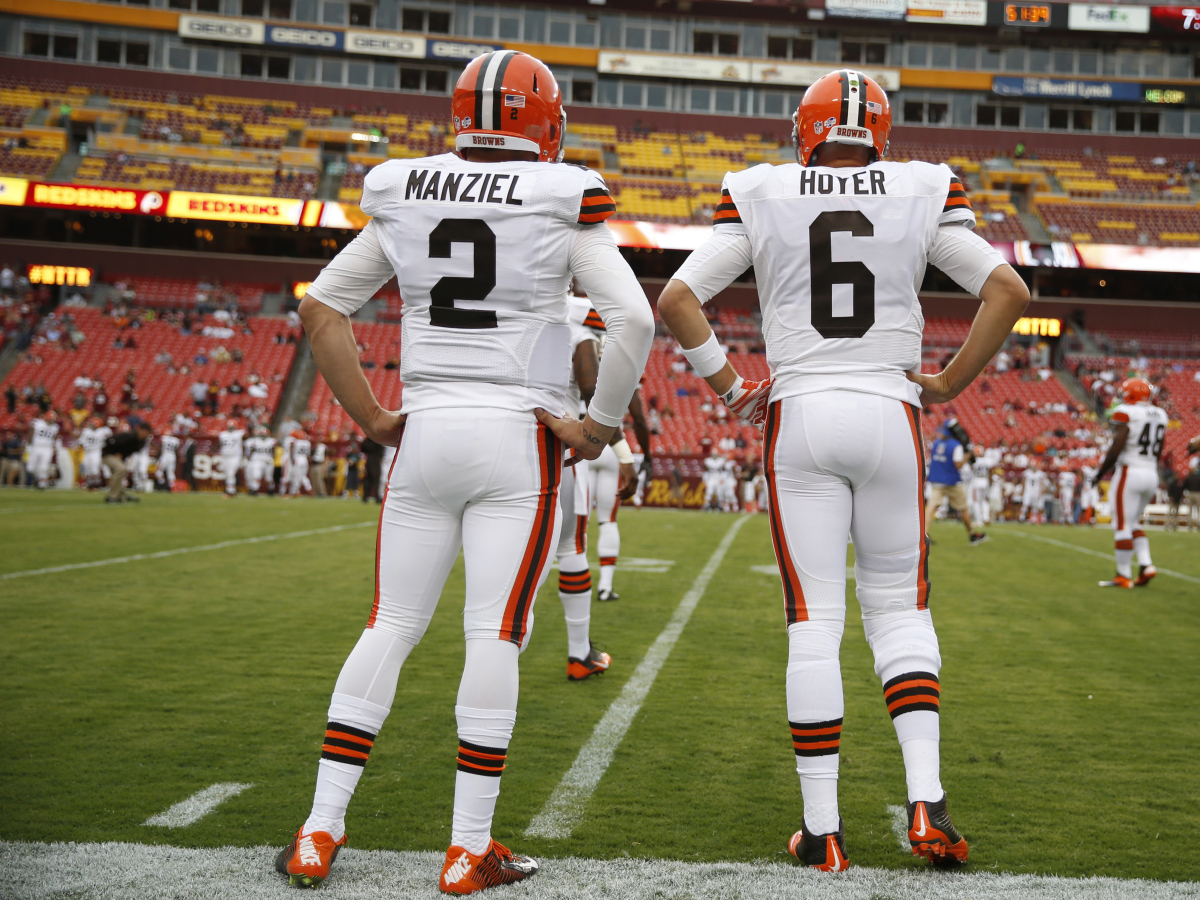 NFL News and Rumors
A matchup between two winning teams from the only division without a team with a losing record features a battle of Ohio when the Cincinnati Bengals (5-2-1 SU, 4-3-1 ATS) host the Cleveland Browns (5-3 SU, 4-3-1 ATS) on Thursday Night Football in week 10.All four AFC North teams (Cincinnati, Pittsburgh, Cleveland & Baltimore) have a winning record and have a legitimate shot at the playoffs so this game could up being a tie breaker for a playoff spot in December.The Bengals opened as six-point favorites with a game total of 44.5.

The Bengals lead the division with five wins, two losses and one draw. They enter week 10 with a two game winning streak, including a 33-23 victory over the Jacksonville Jaguars last weekend.Cincinnati ran for 191 yards against the Jags, 154 of those rushing yards came from RB Jeremy Hill, who also added a touchdown. Playmaker wide out AJ Green got back to the lineup and helped with three receptions for 44 yards and one touchdown.The Browns have five wins (two in a row) and three losses entering this week. However their victories over the Oakland Raiders (23 to 13) and most recently against the Tampa Bay Buccaneers (22 to 17) are anything but impressive.Cleveland has played three games within the division this season, splitting the series against the Pittsburgh Steelers and losing at home against the Baltimore Ravens. Cincinnati swept the series against the Ravens, and this will be their third division matchup.The NFL week 10 Betting odds listed the Bengals as six-point favorites, and the game total is currently at 44.5 points.

Both teams do a lot of things the right way but have issues at the quarterback position.Bengals QB Andy Dalton’s numbers are disappointing with 1,874 yards thrown this season, 8 TDs and 6 INTs. He will face the Cleveland 18th ranked defense against the pass. Dalton is 4-2 on his career against the Browns with 11 TDs and 7 INTs.For Cincinnati the way to go is their running game, which is listed 9th best in the NFL and was 9 yards shy from 200 rushing yards against the Jags last week. The Browns have the third worst defense stopping the run, allowing 139.6 yards through the ground per game.The Browns offense is 19th in total offense and 16th in point scored with 23.1 points per game, but they will have to battle against the 24th total defense from the Bengals.Cleveland QB Brian Hoyer has thrown for 2,014 yards, 10 TDs and 4 INTs this season, two of those interceptions came against the Bucs last weekend. Hoyer has only faced the Bengals once on his career, and he threw 269 yards, 2 TDs and 0 INTs and helped his team win 17-6 last season.

This will be the first and only Thursday Night matchup for both squads this season.For QB Andy Dalton, it will be the third Thursday game of his career, and he has a 1-1 record with 1 TD and 3 INTs. For Hoyer, it will be his second game on Thursday Night; last year his season ended on a TNF matchup against the Buffalo Bills.

The Bengals have won seven of the last ten games in the series against the Browns and have covered the spread six times in those ten games failed in three and there was one push. Also, seven of the ten games ended OVER the game total.Cleveland is 6-13 SU in its last 19 games.Cincinnati is 13-1-1 SU in its last 15 games at home.
Older post
Newer post