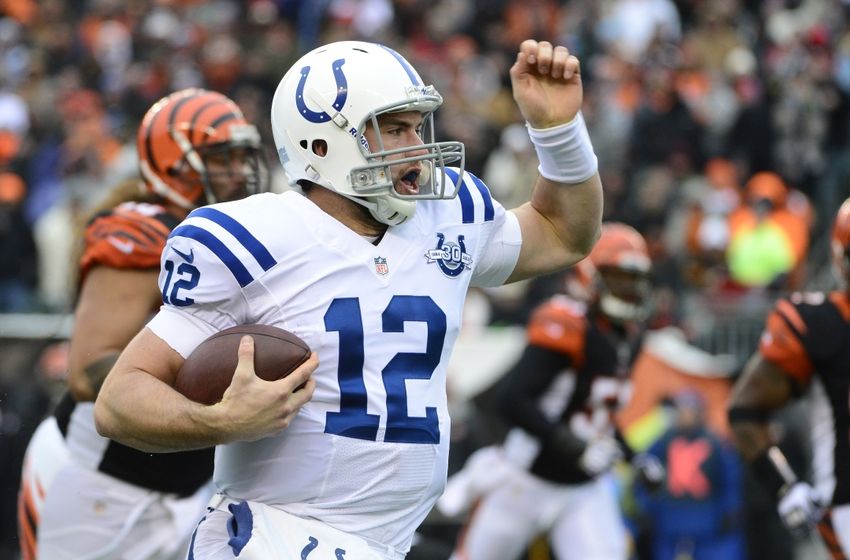 Written by Jordan Walters on January 3, 2015

NFL News and Rumors
One of the biggest decisions made by any NFL team in recent years was the one that the Colts made when they parted ways with Peyton Manning. They knew they were bringing in a “can’t miss” QB in Andrew Luck, but how many sure fire rookies have failed to make the step from college to the pros? It’s beginning to look as though that decision is bearing fruit, as Luck put together a spectacular season this year, so you shouldn’t be surprised to know that they enter this game holding a slight advantage in the current NFL betting odds.
NFL First Round Playoffs
Date/Time: Sunday, January 4, 1:05 PM
Location: Lucas Oil Stadium, Indianapolis, Indiana
The big question that remains with the Colts is whether or not they can ride QB Andrew Luck deep into the playoffs. They are never really out of a game with him at the helm, but when they are forced into a position of having to rely on his arm, he becomes prone to making mistakes. This happens more than Indianapolis would care for, especially since they have no running game to speak of. That could very well get in the way of them going deep in the playoffs, as you need more than a great arm at the QB position in order to win it all.

The Cincinnati Bengals have been a little Jekyll and Hyde this year, and essentially lost the AFC North by getting well beaten twice in the final 4 weeks of the regular season by the Pittsburgh Steelers. Those losses mean that they are going to have to go on the road if they want to make a run at the big game. One the plus side of things, the Bengals have been winning the turnover battle in recent weeks, with the defense putting up 9 takeaways in the last 3 games, including 4 against Peyton Manning and the Broncos. They’ll have a shot in this one if they can get to Luck. Now, something that bettors must take in consideration is the fact that Andy Dalton has never won a playoff game, and his lack of experience may cause the Bengals some offensive issues. BETTING ODDS The Colts have been installed as 3.5-point favorites for this Wild Card match-up. They went 10-5-1 ATS this season, and were 5-3 ATS at home. That said, they only went 2-2 ATS versus AFC North opponents. The Bengals were 8-7 ATS, but performed particularly well when carrying the underdog label, going 6-2 ATS. Game Odds: BENGALS:  +3½-110, OV 48 ½ -110, ML +155 COLTS: -3½-110, UN 48 ½ -110, ML -175 There is no denying that the Bengals have been a much improved team in recent years, but they have failed to impress in the playoffs. QB Andy Dalton must be feeling the weight of that pressure, which puts him at a disadvantage to Luck on the other side. If it comes down to a shoot-out, which it well might, I like the Colts to win and cover.
Older post
Newer post